The MBTA reports it's rounding up some buses to replace the C Line trolleys that can't run due to a train that has switched to the track to Elysian Fields at Coolidge Corner.

C Line couldn't go far because of a stuck car 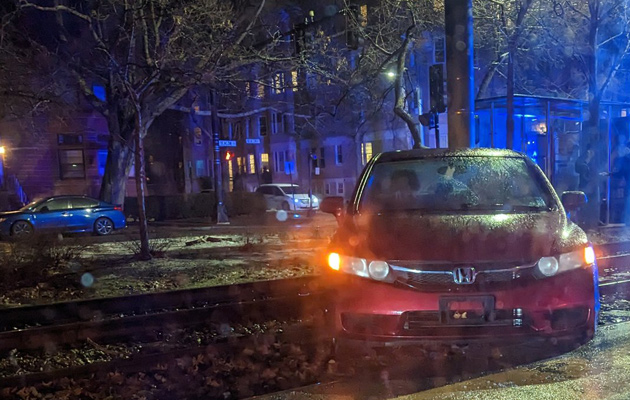 Photo by a roving UHub photographer.

The MBTA had to bust out some shuttle buses for the C Line after a driver somehow wound up on the tracks near Dean Road and Beacon Street, around 5:30 p.m. The T reports things are back to as hunky dory as they get these days on the Green Line.

Flipping over the New Year in Brookline 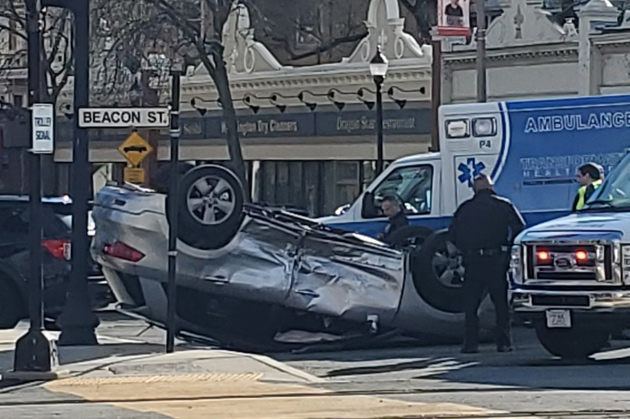 Nancy spotted this bad crash in Washington Square in Brookline shortly before 11 a.m.

The MBTA reports it's breaking out some buses to try to ferry C Line riders who are stuck between Cleveland Circle and Coolidge Corner because a driver somehow got his or her car stuck on the tracks near Cleveland Circle.

Brookline shoplifter got the Maxx for the minimum after she whipped out a canister of pepper spray, police say

Brookline Police report a shoplifter at the TJ Maxx, 525 Harvard St. escaped in a cloud of pepper spray that she unleashed when she realized a store worker was about to try to stop her at the front door, shortly after 6 p.m. on Sunday. Read more.

Allandale Farm, the last remaining traditional farm in Boston and Brookline, announced today that it will recognize Allandale Workers United - which only began to try to organize employees at the farm's stand less than three weeks ago:

We look forward to working together with the Union as we continue to provide excellent jobs on the farm, offer great service and products to our customers, and to cultivate sustaining relationships in the community.

Allandale Workers United is a group of retail workers trying to organize a union at the 105-acre farm that straddles the Jamaica Plain/Brookline line. They've filed with the National Labor Relations Board and, if successful, would join workers at JP's City Feed stores in unionizing.

Brookline man was hauling a small armory of guns and ammo on a trip back from New Hampshire, State Police say 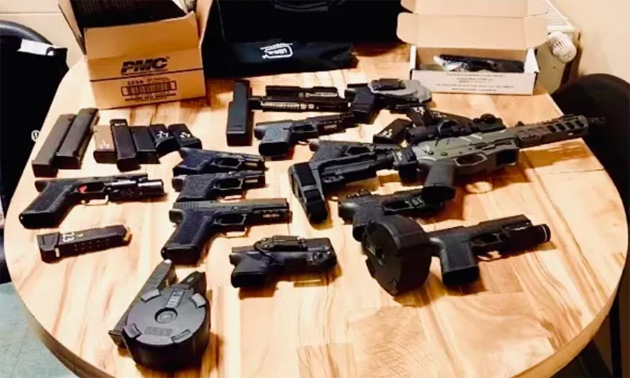 State Police report troopers responding to calls about an erratic driver on I-95 south Saturday night wound up arresting a Brookline man on a variety of gun and drug charges.

The Brookline select board voted unanimously today to can Ashley Gonzalez as police chief for being a disgusting letch on duty or, more technically, for violating the town's official Policy Against Discrimination, Sexual Harassment and Retaliation and for breaking Brookline Police Department rules and regulations against conduct unbecoming a police officer on multiple occasions and with several employees. Read more.

Brookline Town Meeting next month will consider a proposal to cut the amount of time residents have to clear their sidewalks after a snowstorm from the current 30 hours to just 6 daylight hours - and to increase fines on snow slackers. Read more.

Time to be a Green Line mourner: Dead train at Coolidge Corner

The MBTA had to rustle up some buses for people trying to travel between St. Mary's Street and Cleveland Circle when a C Line trolley kicked the bucket at Coolidge Corner. They managed to move Old Paint (actually, one of the new Paints) off the tracks and service has resumed, but with the usual 15-minute residual delays.

Three men face federal charges for robbing workers at massage spas in Brookline and Stoneham one night in June - one while wearing a court-ordered monitoring device, another while wearing Adidas Yeezy sneakers - according to filings in US District Court in Boston. Read more. 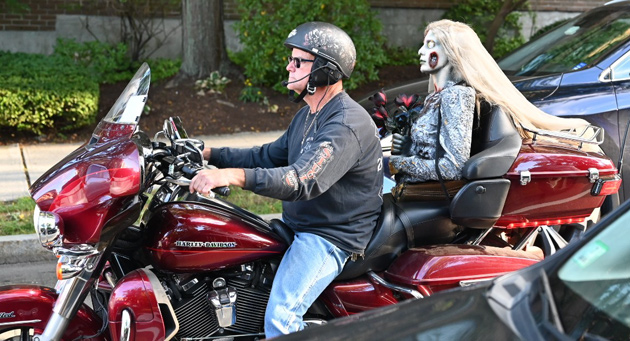 Headline thanks to Andrew Hong.

As MBTA readies to re-start the Orange Line and the northern end of the Green Line, it gets ready to shut the D Line

Some of those charter buses will still come in handy later this week, when the T shuts down the Green Line's entire D branch for a total of 27 days over the next six weeks or so. Read more. 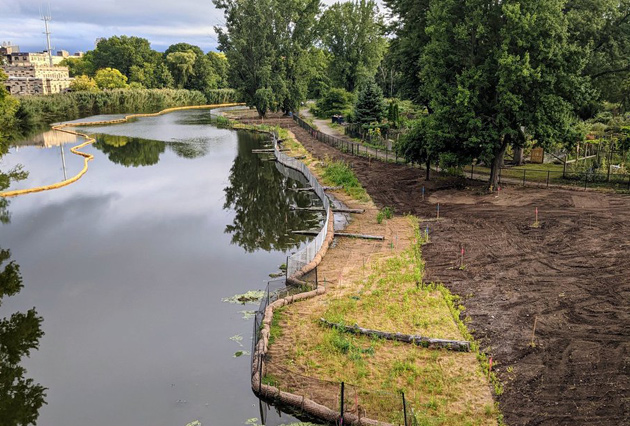 Scott gives us an aerial view of the Army Corps of Engineer's work to remove the reeds 'n' other weeds along the Muddy River on the Boston/Brookline line. Read more.

Court upholds continued imprisonment for man convicted of Brookline rape in 1976, when he was a teenager

The Supreme Judicial Court ruled today that Jose Martinez, now 61, will have to wait until 2025 to re-apply for parole for the life sentence he got for raping a BU student in Brookline, when he was just 16. Read more.

A federal judge in Boston today dismissed a lawsuit by parents of several special-needs students in greater Boston alleging their children were unfairly singled out by the rapid shift from in-person to online learning as Covid-19 tore through the state in 2020 and 2021. Read more. 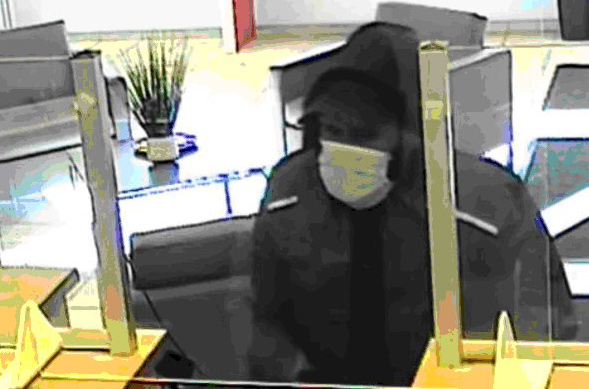 A Dorchester man already behind bars awaiting trial for a Harvard Square bank robbery now faces up to 20 years in federal prison for that and bank robberies in Boston and Brookline. Read more.

The long, and incorrect, arm of the law in Brookline gets Philadelphia man locked up on the Vineyard

The Vineyard Gazette reports a man who had a $2 dispute with a cab driver in Brookline in 2013, was arrested, locked up in the Vineyard jail, then shipped to Brookline to face criminal charges because somehow his civil "taxi fare evasion" ticket got transformed into a criminal "tax evasion" charge. He was eventually released and the criminal charge dropped - after he hired a lawyer - but, of course, no apology.