Boston Police report arresting Nyshiem Shaw, 20, of West Roxbury, on charges he responded to some perceived traffic slight on Chittick Road in Hyde Park last month by opening fire, blowing out the rear window of another car and leaving the street littered with bullets between Loring Street and Truman Parkway. Read more. 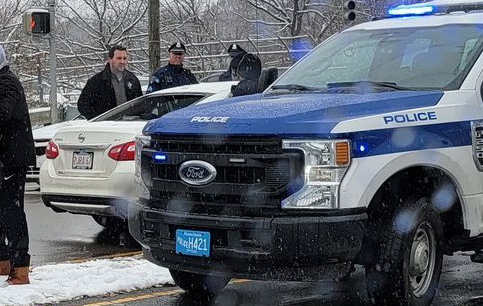 Car with a shot-out rear window, on Truman at Dana, possibly a victim, not a participant. Photo by Gavin Schoch.

Update: Police say the incident was road rage, not a gun battle; arrest made.

Around 2:10 p.m. on Chittick Road headed towards Truman Parkway, according to the Hyde Park Facebook group. One car, with a shot-out rear window, was found on Truman Parkway at Dana Avenue. Police have found numerous spent shells on Chittick between Loring Street and Truman Parkway. 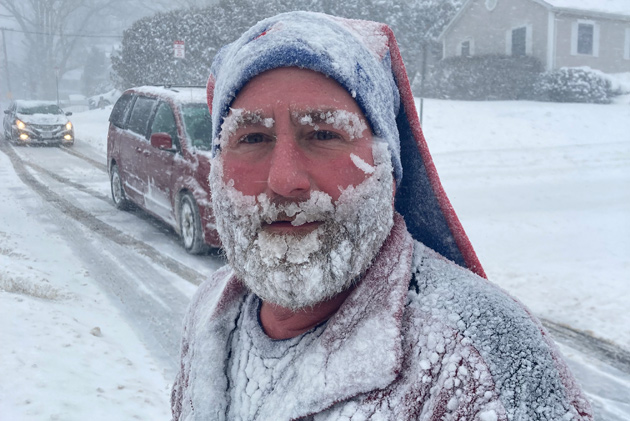 Tim Smith reports that Brian Gallagher has been busy on Fairmount Hill in Hyde Park helping neighbors dig out. "Presumably he went on to mush his dogsled after his service!" Smith adds.

Man shot on one side of Fairmount Hill in Hyde Park, found on the other 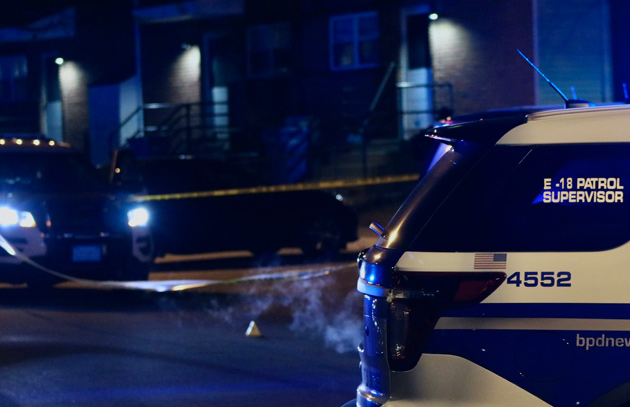 Live Boston reports a man was apparently shot at 27 Bow St. in the Fairmount development, then managed to get down to the gas station on Truman Parkway and Dana Avenue, where police found him, around 7:25 p.m.

Creepy house on a hill in Hyde Park to be replaced

A rotting, boarded up eyesore long a haven of local drug users, teenagers and Curry College students on Fairmount Hill in Hyde Park will be razed and replaced by two two-family houses under plans approved by the Board of Appeal today. Read more.

Water, water everywhere, but not a drop to drink on Hyde Park's Fairmount Hill

A contractor managed to take out a water main in the area of Milton Avenue and Spring Hill Road this afternoon, cutting off water to people along Milton Avenue. Read more.

Police found a man with a gunshot wound to his arm around 10:50 p.m. on Summit Circle, off Summit Street. He may have been shot while driving in the area. Shell casings found on Norway Park, across Summit Street.

Boston Police report a man was found shot to death inside a motor vehicle outside 36 Williams Ave. in Hyde Park's Fairmount Hill section around 11:30 a.m. on Saturday.

Police report the victim appeared to be in his early 20s. He was pronounced dead at the scene.

The Bulletin reports the Fairmount Hill Neighborhood Association wanted to make sure William Christopher could find his way to its monthly meeting, to discuss three problem properties on the hill. Alas, Christopher never made it - but because he was sick, not because he got lost and wound up in Readville or something.

Mike Ball reports on a meeting last night between a local developer who wants to put eight houses on a 2.1-acre vacant lot on Fairmount Hill - with a third of one house jutting into Milton - and neighbors of the lot. Residents fretted about the water table and where the coyotes would go when their habitat is turned into house lots. Also:

When one said it was their neighborhood, he reminded her it was his as well. She went on several levels deep, trying to trump him. She alleged to feel strongly because she’d grown up there. He came back with his nearly three decades in the immediate area, a long-term wife and three kids, arriving here to make his way when he was only 21, and so forth.

She played her final trump card. She had not only lived her 50 years, but had been born here, while he had not.

The Boston Police Academy will be conducting simulated drills with recruit officers throughout the day during which blank ammunition will be fired. These drills will take place in the area of 85 Williams Avenue in Hyde Park.

For all you parched Bostonians 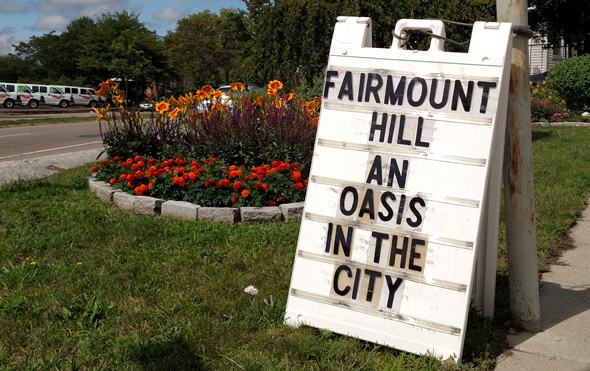 At Truman Parkway and Fairmount Avenue in Hyde Park.

Boston firefighters responded around 5:25 p.m. to 24 Norway Park for what turned into a three-alarm fire that spread into the walls and attic. The bulk of the fire was reported knocked down around 6:15 p.m.

That most Fairmount time of the year

Darryl Houston shows us the house on Fairmount Hill in Hyde Park (Summit and Metropolitan, to be exact) whose owner gets a cherry picker every year to string up all those lights all the way up there in those trees.

Darryl Houston snapped his neighbor's house on Fairmount Hill in Hyde Park. The guy rents a cherry picker to put up the higher lights.

The Boston Fire Department reports a short circuit sparked a fire around 10:25 a.m. at 6 Aldo Terrace.

The department estimates damage at $100,000. There were no injuries.

This is not at all Christmas overkill

Mike Ball reports on his neighbor on Fairmount Hill in Hyde Park, who once again rented an aerial lift to put up his Christmas decorations yesterday:

He doesn't have that many trees on his smallish lot, but he strews multi-color lights down every single limb.

Then closer to the ground, he does every bush, shrub and apparently anything that doesn't move out of the way.

Boston Police report arresting a Roxbury teen on Dana Avenue last night following a foot chase from the scene of a possible armed home invasion around the corner on Washington Street.

Citizen complaint of the day: Nature, red in tooth and claw

A concerned roadrunner sends up a flare from Fairmount Hill in Hyde Park:

There are coyotes all over the place up here.

Illustrating the complaint is a high-quality photo of an eviscerated rabbit.

Mike Ball is astonished to read in the New York Times that "the increasingly rare New England cottontail rabbit" can only be glimpsed in tangled thickets. Astonished because a family of cottontails are regular visitors to his front yard in Hyde Park's Fairmount Hill: