Boston Police report the arrest of a Hyde Park man on rape and sexual assault charges dating to 2017, in part based on DNA evidence from rape-kit samples from his alleged victims. Read more.

State says it has to completely replace closed Hyde Park bridge, but just a possible design still months away 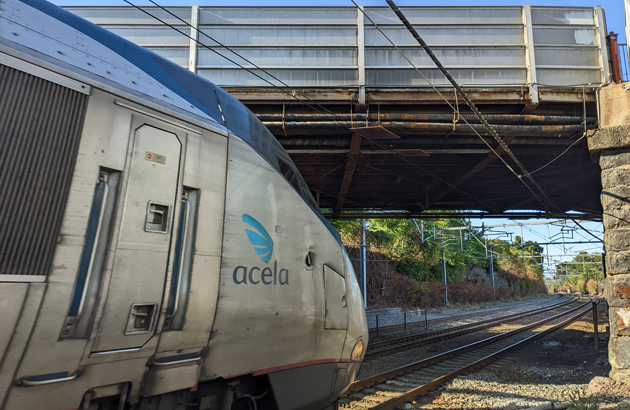 Part of the problem: All the trains leave little time for repair work.

MassDOT says the River Street bridge in Cleary Square is beyond repair, so it's started work on designing its complete replacement - with preliminary plans hopefully available for the public to look at in the first quarter of 2023. Read more.

Gunfire near Martini Shell in Hyde Park followed by arrest

Boston Police report officers responding to a report of gunfire last night in the area of the Martini Shell on Truman Parkway arrested a Hyde Park man they say had a gun loaded with 15 bullets. Read more.

Dump truck rolls back into T bus in Hyde Park

Scott Tetreault has a couple photos of the aftermath of a collision on Hyde Park Avenue at American Legion Highway this morning. 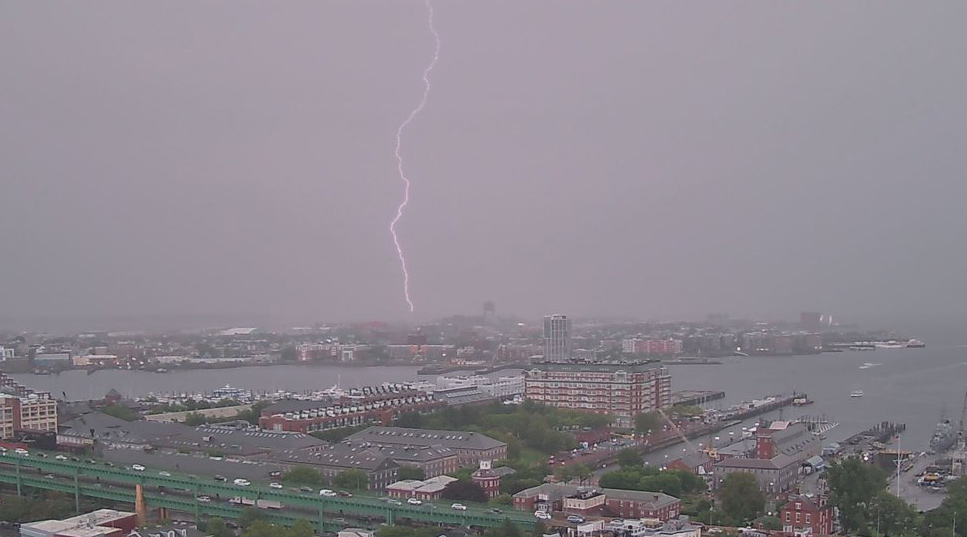 Boston Timelapse captured what appears to be a lightning strike at Logan from a National Park Service camera atop the Bunker Hill Monument in Charlestown. Read more. 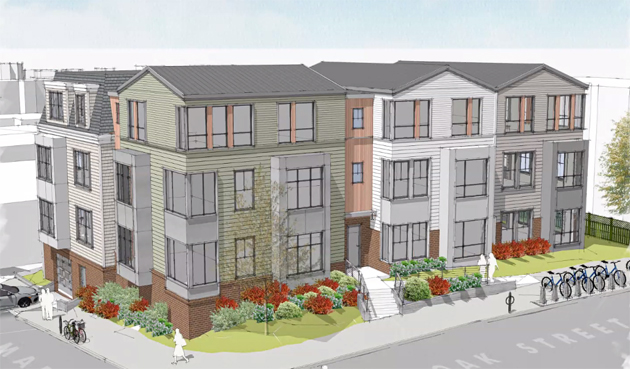 Rendering by Embarc, but board says nope.

A developer's proposal to replace the old Laughlin Nichols Pennacchio Funeral Home at 34 Oak St. in Hyde Park with a three-story, 20-unit apartment building was defeated today when only got four votes from the Zoning Board of Appeal - state law requires at least five votes. Read more. 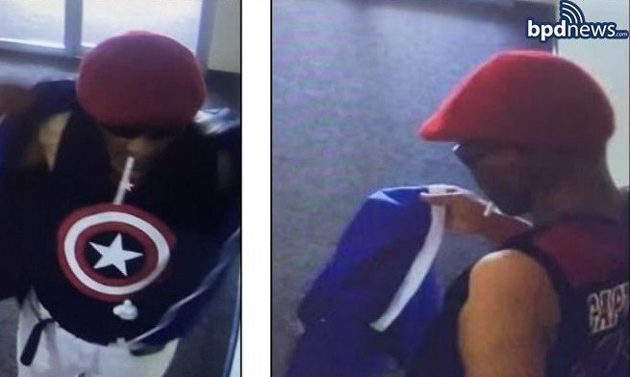 The Boston Public Health Commission reports that Turtle Pond in Stony Brook Reservation has high levels of blue-green algae, or cyanobacteria, that could kill any dogs that swim in the pond and ingest enough of the stuff, either by drinking the water or by licking themselves after a swim. Read more.

A Hyde Park man who admitted he was part of a ring that swindled women between 50 and 80 by pretending to be Army officers overseas was sentenced yesterday to 32 months in federal prison and ordered to pay restitution of $686,264, the US Attorney's office in Boston reports. Read more.

The Bay State Banner goes out on the hustings with the four candidates running for the Democratic nomination for the 2nd Suffolk state-senate seat: State reps Nika Elugardo and Liz Miranda, minister Miniard Culpepper and former state Sen. Dianne Wilkerson.

Parakeets are not native to Readville, so this is probably somebody's pet

Jake reports spotting this parakeet perched on a fence at the Westinghouse complex this morning.

Will it blend? No, it won't, Hyde Park woman charges in blender suit

Will It Blend? - iPad

Don't try this at home, because your blender will stop working, suit charges.

A Hyde Park woman and other purchasers of expensive Blendtec blenders say that far from being marble-crushing, skeleton-destroying marvels of modern engineering, the gizmos are actually pretty fragile contrivances that quickly fall apart, leaking their contents and belching smoke and spitting "deteriorated rubber, silicone, and/or plastic" into whatever they're blending before they stop working completely. Read more.

You just never know who's going to turn on you: Two guys who attended a wedding together get into an argument at a Hyde Park bar, then one waits outside for the other to slice him up with a knife

On Feb. 26, police and bar workers say, two couples entered Master McGrath's on River Street in Hyde Park as friends. An hour later, though, one of the men lay in wait for the other outside - with a knife, which he used to slash his new enemy's arm - and which he would have used to inflict even more damage if alert bystanders hadn't stopped him, they said. Read more.

The Boston Police Department reports two people have died of drug overdoses in Hyde Park recently, possibly from what they thought was one kind of drug laced with or replaced by fentanyl, which can be fatal in lower doses than other drugs.

While no illegal drugs are ever considered to be safe, fentanyl or other unknown substances can be easily mixed with those illegal drugs, which can increase the risk of a fatal overdose.

Board approves marijuana mart in West Roxbury - and a grow facility for it in Hyde Park; plans still need state approval

The Zoning Board of Appeal today approved Jeff Similien's plans to open a pot shop at 5252 Washington St. in West Roxbury, just up from the Dedham line, and a building to grow his wares at 48-54 Walter St. in Hyde Park. Read more.

A report of somebody possibly drowning at Turtle Pond in Stony Brook Reservation this morning brought firefighters - including ones trained in "tech rescues" rushing to the scene - only to discover nobody drowning, just people ignoring the "No Swimming" signs on a warm summer day - signs that went up last summer after somebody did drown in the pond. Read more.

A suspicious package in front of the YMCA on River Street in Hyde Park around noon emptied the building and brought the BPD bomb squad, K-9 units and at least one news copter running as other officers shut River Street to traffic around noon. Read more.

State Police say a gun-packing, pot-dealing driver with no seat belt on is arrested after running a red light in Hyde Park right in front of a trooper