First Night construction worker dies after being struck in the head

WHDH reports the worker was hit in the head with ballast while working on First Night preparations this morning on Boylston Street between Clarendon and Berkeley streets.

Copley Place Barneys to close after all

WABC in New York reports that Barneys New York now plans to shut all of its stores as it sinks further into bankruptcy. Read more.

Woman shot outside the BPL in the Back Bay

Around 2 a.m. at Huntington Avenue and Blagden Street. 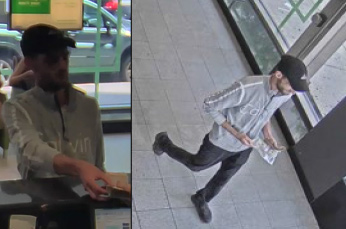 The FBI's Violent Crimes Task Force has released photos of the guy it says held up the TD Bank branch at 535 Boylston St. around 12:50 p.m. on Sunday.

Boston Police report arresting a man they say tried beating up a BPL employee on Boylston Street last night after the worker asked him to leave the building for causing a ruckus. Read more.

Green Line acting all floply due to dead train at Copley

The MBTA reports Green Line delays of up to ten minutes due to a trolley with a dreaded mechanical problem at Copley. 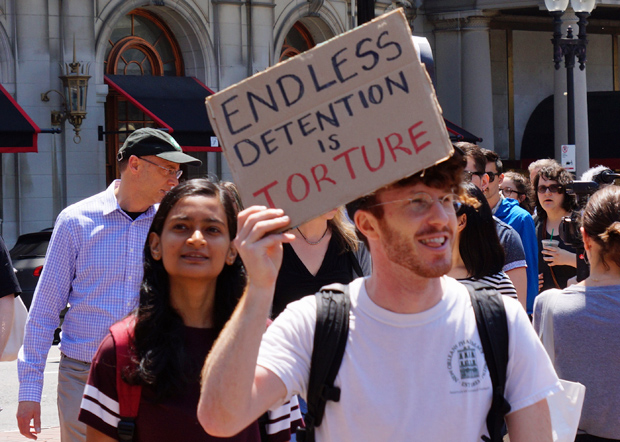 A couple of hundred workers at Wayfair, the online home-goods concern headquartered at Copley Place, walked over to Copley Square this afternoon to protest the company's contract with a contractor that runs border detention camps. Read more.

The runner who finished the race, then congratulated all the other runners

Boston EMS Lt. Tony O'Brien worked Copley Square yesterday. He reports there were so many inspirational people yesterday, including the guy who crawled across the finish line, but this guy may have been the most inspirational: Read more. 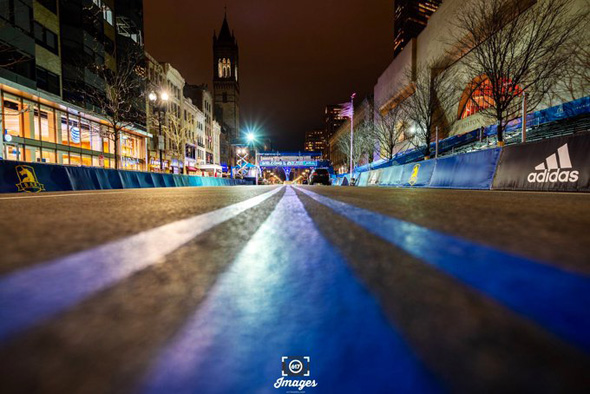 617 Images got an early view of the Marathon finish line this morning.

Greeks on parade in Copley Square 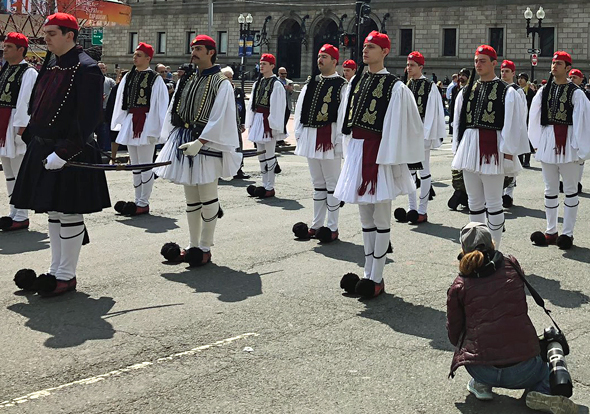 Police: Drug dealer with loaded gun arrested after struggle on Boylston Street in the Back Bay

Boston Police report arresting a man after they say officers watched him sell some crack on Boylston Street at Gloucester Street around 8 p.m. on Friday. Read more. 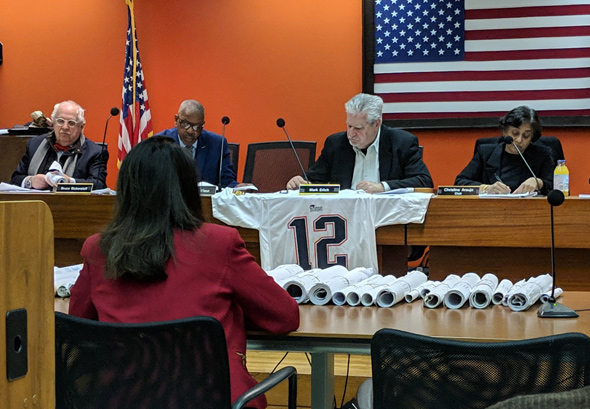 Zoning hearings went on this morning, but with a nod to events outside City Hall.

Chick-fil-A won permission from the Zoning Board of Appeals today to begin outfitting the Boloco at 569 Boylston St. as a two-story chicken-sandwich emporium. Read more.

Green Line groans to a halt; dead trolley at fault

Chris Dempsey took in the fun at Copley, where dejected Riverside Line riders, no doubt their ears still ringing about the impending fare hike, had to get off a trolley because it no longer worked.

Copley Square: The graveyard of umbrellas 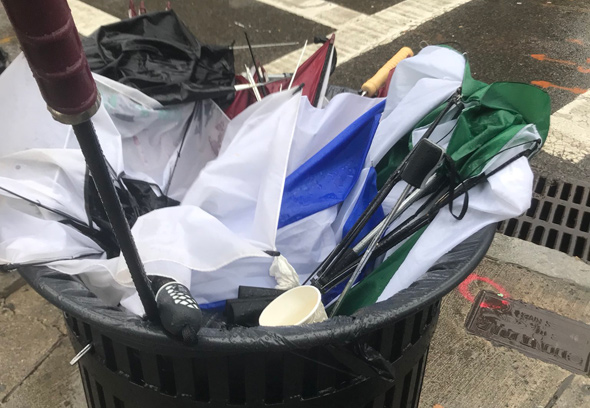 Roberto shows us the umbrella resting ground for people who try to get across Copley Square on a day like today.

Judge: Just because an uncovered drain hole is rather large doesn't mean a guy who trips in it only has his own damn self to blame

A federal judge today rejected arguments from the operator of a Back Bay garage that even if one of its employees left a large drain hole uncovered, it wasn't liable for a man's injuries when he tripped in it because the hole was so obvious the guy should've known to stay away from it. Read more.

Not so fast with that Chick-fil-A in Copley Square

When news broke last week that Chick-fil-A had an agreement to move into the Boylston Street location now occupied by a Boloco, it was news not just to fans and haters of the chicken chain, but to Boloco.

Biznow reports the chicken-on-a-bun chain has decided Tom Menino has not been mayor long enough and is looking to replace the Boloco at 569 Boylston St. in the Back Bay. Read more.

Maybe he meant well, like other people at the rolling rally tossing beers up to Red Sox players, but whatever the intent, Boston Police report a Sandwich resident faces arraignment on charges that include assault and battery with a dangerous weapon for an incident during the parade on Boylston Street in Copley Square around 11:40 a.m.

Officers placed the suspect in custody after observing him throw an unopened can of beer at one of the Duck Boats, striking an adult male party on board. The victim was not injured as a result of the incident.

After second World Series win, Mookie Betts celebrated by helping feed the homeless outside the BPL in Copley Square