Return of the Murphy bed: Board approves South Boston building with a fold-away bed in one apartment

The Zoning Board of Appeal today approved a five-story, 19-unit apartment building at 142-144 Old Colony Ave., at D Street in South Boston, that will have 18 one-bedroom units and one studio small enough that it will come with a Murphy bed installed. Read more.

For second day in a row, Boston EMT is attacked, this time in South Boston

State Police report arresting a woman they say attacked a Boston EMT supervisor responding to a call on Old Colony Avenue in South Boston yesterday - a day after another EMT was stabbed repeatedly downtown. Read more.

Police: Chicago man robs South Boston bank, is arrested later while trying to scam a ride to the airport from cops

Boston Police report arresting a Chicago man - who seems to like coming here to cause trouble - for the robbery of the East Boston Savings Bank branch on Southampton Street in Andrew Square yesterday. 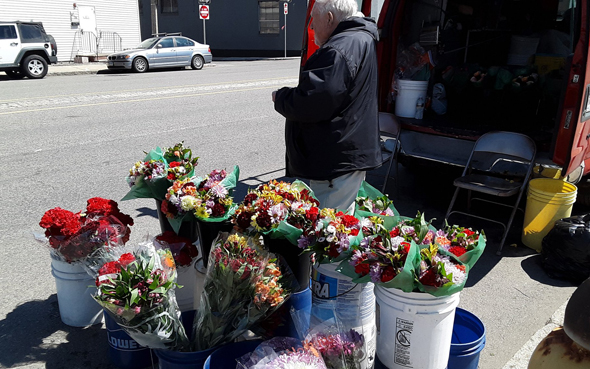 There's the opening of Sullivan's at Castle Island, of course, but also the day that Richard Mahoney returns to Old Colony Avenue to sell flowers out the back of his van again, Eileen Murphy reports. 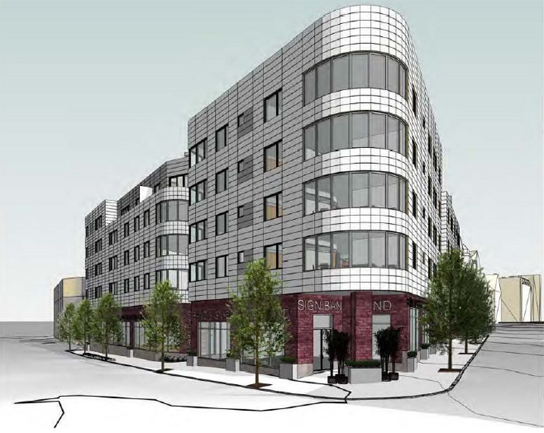 Architect's rendering. Are those earthquake cracks?

Developers have proposed replacing a small, single-story block of stores at 267 Old Colony Ave. with a five-story residential building with first-floor commercial space - across Dorchester Street from the much larger Washington Village project now under construction. Read more. 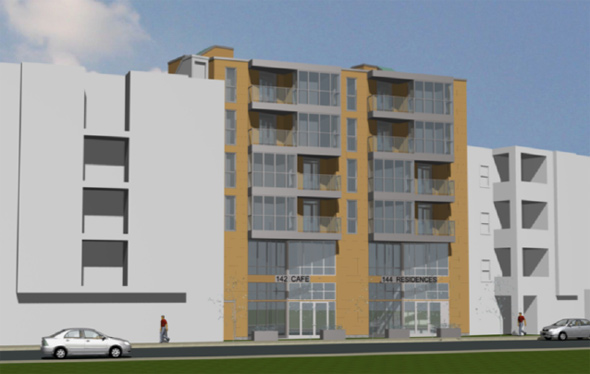 A developer has proposed replacing a nondescript, gray building that now houses a glass company with a 19-unit, six-story apartment building that would sit between Old Colony Avenue and West 9th Street, near their intersections with D Street. Read more. 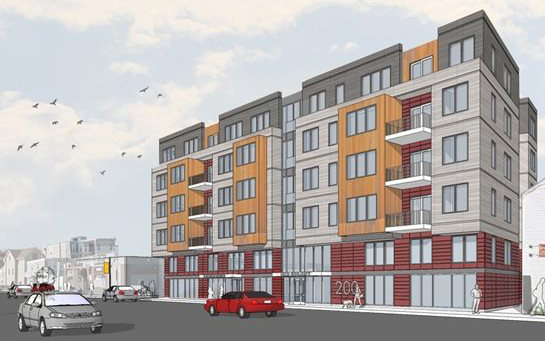 The Board of Appeals yesterday approved plans by developer Patrick Mahoney for a six-story building at 200 Old Colony Avenue that would include five stories of apartments atop the Notre Dame Education Center, which would move from its existing building on the site into the new building. Read more. 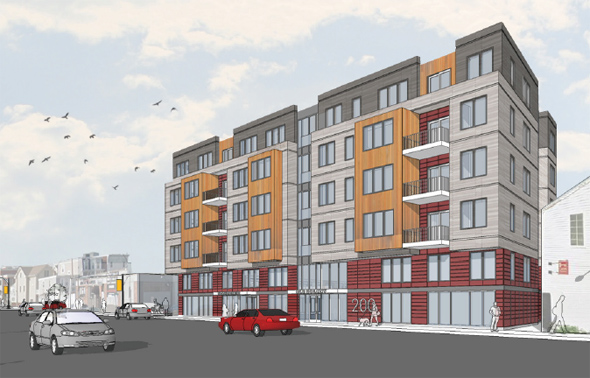 A Charlestown developer last week filed detailed plans with the BPDA to replace the Notre Dame Education Center at 200 Old Colony Ave. with a new six-story building with 54 residential units - and ground-floor space for the adult-ed facility. Read more.

Police respond to couple's argument in South Boston, say they find pot, a gun and ammo

Boston Police report officers responding to a 911 call about a loud argument at 453 Old Colony Ave. Wednesday evening found a man and a woman - and lots of pot, stuff to package it and cash. Read more.

A developer has proposed replacing the Notre Dame Education Center at 200 Old Colony Ave. with a new six-story building that would include ground-floor space for the center and 55 residential units atop it. Read more.

Driver first convicted of OUI in 1962 was drunk and drugged when he hit South Boston girl, DA says

Richard Higgins, 78, of Attleboro, was ordered held without bail pending a dangerousness hearing following a weekend incident in which he allegedly sent a 12-year-old girl flying into the air on Old Colony Avenue while under the influence of both alcohol and a narcotic, the Suffolk County District Attorney's office reports. Read more.

Around 11:50 p.m. on Friday at Dorchester Street and Old Colony Avenue. One car was hit twice, police found three shell casings in the intersection. No people hit.

South Boston crash sends one to the hospital in critical condition

Aftermath of the crash. Photo by MB.

Ed. note: Headline changed until I get a definite answer on the state of the injured person.

Around 10 p.m. at Dorchester Street and Old Colony Avenue, involving two cars. MB reports one of the cars blew through a red light. The homicide unit was called in - routine for unexpected deaths or cases where somebody is near death - and officers from other districts have been called in to shut down roads in the area.

FTC131 also saw the aftermath of the crash: Read more. 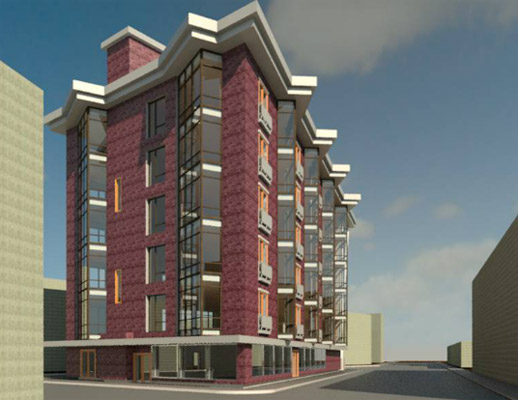 The Zoning Board of Appeals this week approved the replacement of Williams Tavern, 100 A St. and the Stadium Sports Bar, 232 Old Colony Ave., with the sort of fancy new housing that is rapidly taking over the neighborhood. Read more. 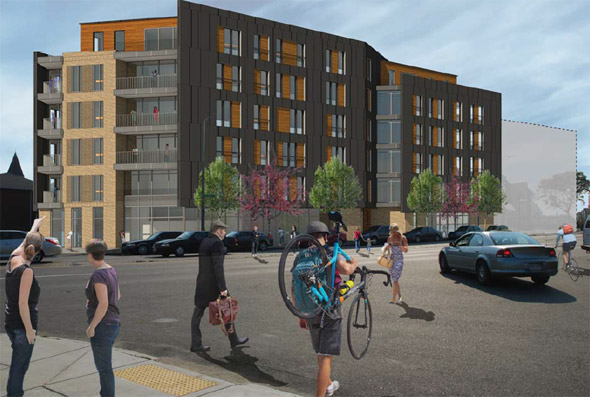 Architect's rendering keeps it real by giving one of its figures a scally cap.

A developer this week filed formal plans to tear down the Stadium Sports Bar at 228 Old Colony Ave. to make way for a six-story building with 28 apartments or condos - in what it's calling "a compelling precedent" for further development of the area around Old Colony and Dorchester Street.

Ryan Sillery's proposal calls for 29 parking spaces for the units, which will range from one to three bedrooms and which will include four affordable units. Read more.

Stanley Staco reports a man was shot repeatedly around 8:30 p.m.

Boston Police report the man, found at 425 Old Colony Ave., was rushed to a local hospital, where he was pronounced dead.