No matter how obnoxious an ejected bar patron gets, a doorman shouldn't just kick him in the balls, board concludes

The Boston Licensing Board today formally warned Bodega, 69 Canal St., that the correct response for a staffer being harassed by somebody who'd just been ejected is to call 911, not kick him in the crotch. Read more.

Rendering of proposed hotel by Stantec and current site.

A Woburn developer that won approval for a 90-room hotel at 104 Canal St., at Valenti Way, is seeking city approval again to begin construction, but this time for a hotel with 98 rooms. Read more.

Boston Police report a man was stabbed on Causeway Street at Canal Street around 5:40 p.m. on Saturday.

Sports bar near the Garden shuts for good

Construction of Cambria Hotel on Canal Street could begin next year 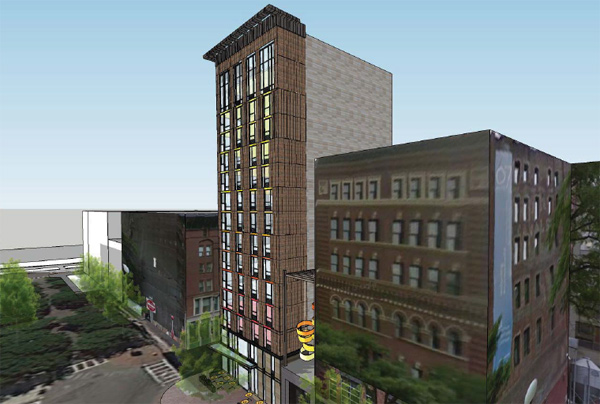 Construction of a 15-story, 90-room Cambria Hotel at 104 Canal St., at Valenti Way, should finally begin next year, five years after the city awarded a building permit, a lawyer for the property owner told the Zoning Board of Appeal today. Read more.

Managers at Bodega Canal, 69 Canal St., told the Boston Licensing Board this morning they've removed CBD-infused items - which included chorizo, guacamole and cocktails - from their menu following a visit from a BPD licensing detective. Read more.

Boston Restaurant Talk reports the group that snapped up Mary Ann's, the Beacon Hill Pub and the Tam is looking set to take over Sullivan's Tap on Canal Street.

One man was stabbed in the chest, another in the back, around 2 a.m. at Causeway and Canal streets, according to Boston EMS Incidents and Providence Citywide.

The Boston Licensing Board decides Thursday whether to let Nicholas Frattaroli - of the North End Frattarolis - buy the liquor license from the owners of the shuttered Grand Canal and re-open it as a Mexican restaurant called Bodega Canal. Read more.

A dance instructor was ordered held without bail today at his arraignment on charges he raped a boy under 14 several times at lessons at the instructor's downtown home, the Suffolk County District Attorney's office reports. Read more. 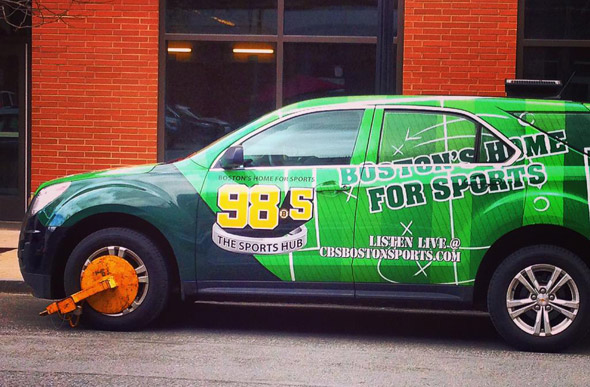 How much longer does our ice luck hold out? 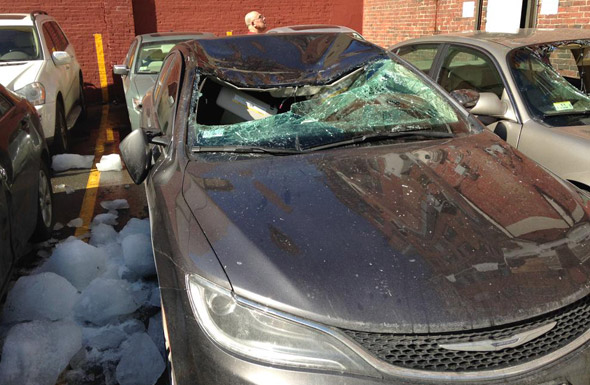 Spinorama84 happened upon some carnage in the parking lot between Hurricane O'Reilly's and the Fours on Canal Street this afternoon: One car heavily damaged by ice boulders falling from the building and one with its windshield taken out. No injuries, he reports.

Earlier:
Nobody injured by falling deathcicle behind Bromfield Street.

The Boston Licensing Board yesterday ordered Hurricane O'Reilly's to shut for four days as punishment for an April incident in which bouncers were captured on video beating one patron so badly he left a large pool of blood on the sidewalk and chasing and punching several others.

The video posted on Barstool Sports.

Officials at the company that owns Hurricane O'Reilly's say they've fired the two bouncers seen on a Web video punching patrons in April - one to the point that he left, according to police, "a large amount of blood" on the ground.

The manager on duty at the time was suspended, then quit of his own accord, the officials told the Boston Licensing Board this morning.

Fan of motorcycle gangs breaks bar window - with his fist

Police are looking for a white guy, about 6' and wearing a Sons of Anarchy shirt for smashing a window at Hurricane O'Reilly's with his fist around 10 p.m. Last seen in the company of three other guys.

Sidney Phillips, 31, of Avon, was charged with assault and battery with a dangerous weapon - a shod foot.

According to police, witnesses told officers that Phillips violently escorted a group of ten people outside around 1:30 a.m. after an argument inside the bar: