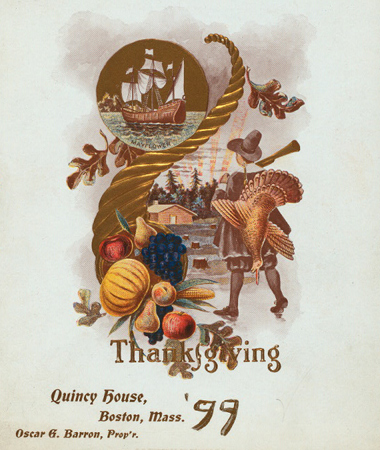 The Quincy House hotel, at the corner of Brattle Place and Brattle Square, had this cover printed for its Thanksgiving dinner in 1899 (from the New York Public Library collection). Read more. 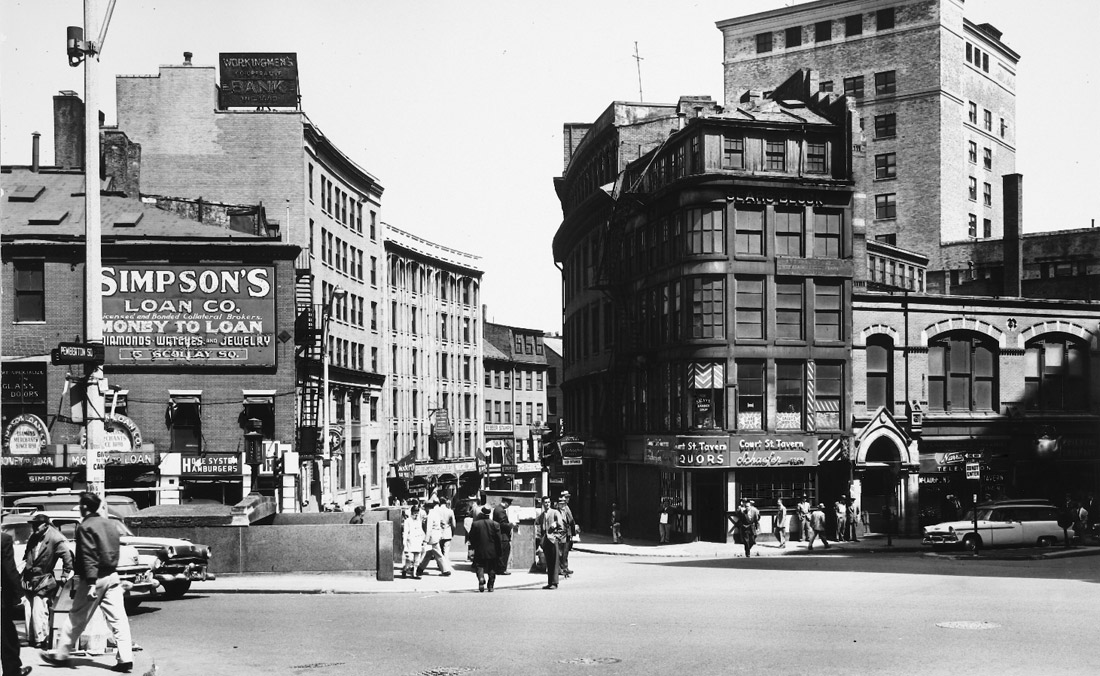 Where City Hall didn't used to be. See it larger.

Between 1954 and 1959, urban planner Kevin Lynch took hundreds of photos in Boston and Cambridge to help show how residents build up a sort of mental map of what their city is like. The MIT Libraries have posted 1,900 of his photos. Read more.

With the Combat Zone down to just two clubs, it's easy to forget that Boston was once a world-famous hub of burlesque and exotic dancing. Men - and women - came from all over to see tassel twirling and fan dancing - and acts that included everybody from comedian Fred Allen to pre-championship boxer Rocky Marciano. Harvard men rarely graduated without taking in a show.

Is this why Scollay Square went down?

A few years ago I ran across this large booklet/flyer, not dated but likely put out between 1960 and 1968, called "John F. Collins Look How Wonderful I Am". Ummm....not really. It's called Boston on the Move.

Leafing through it I was rather surprised to see our venerable Mayor was apparently in the process of trying to bring a World's Fair to Boston. There is an architectural rendering of the Fair, as it will look out in Boston Harbor (or near as I can make out, how it might look in St. Louis, Missouri)