Brookline getting a Taco Bell of its very own

The Daily Free Press reports the chain is opening an outlet at 872 Commonwealth Ave. OK, that's really BUville, but it's on the Brookline side of the line near Amory Street, so Brookline will soon have 50% of the number of Taco Bells that Boston has, which is two (one downtown and one in West Roxbury). 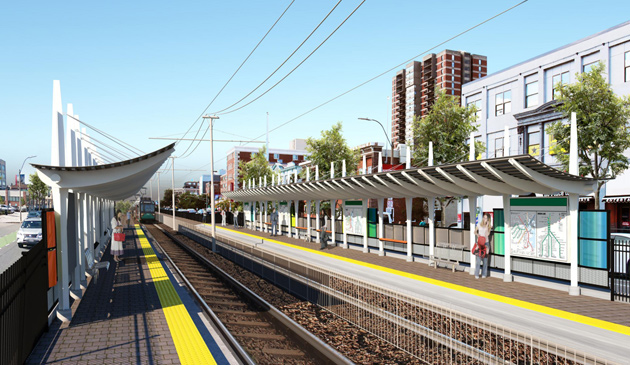 Rendering of one of the upgraded stops.

Citizen complaint of the day: Why aren't you pushing back on the forces of our earth? 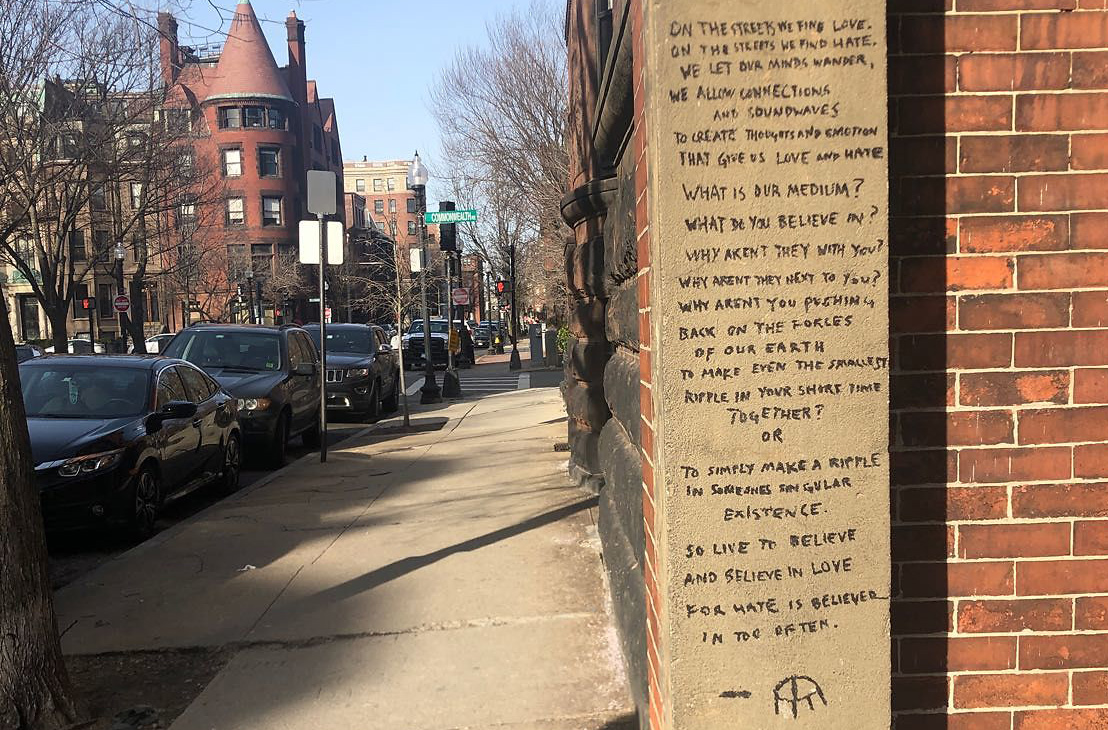 A concerned citizen filed a 311 complaint about this long message scribbled on the side of a building at the corner of Gloucester Street and Commonwealth Avenue in the Back Bay.

B Line was a folly due to a dead trolley 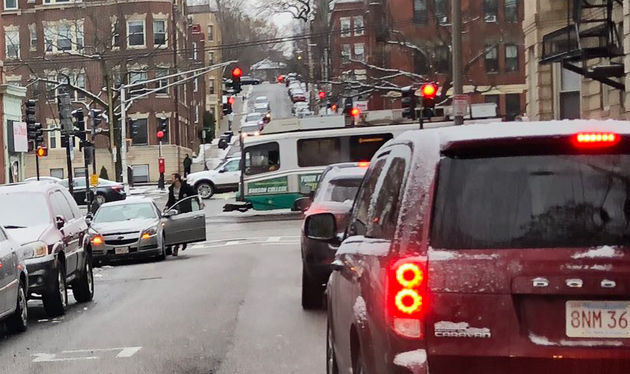 At 8:10 a.m., Alice posted this photo of an inbound Green Line trolley just dead in the water - and in the intersection of Allston Street and Commonwealth Avenue, where it blocked traffic. Read more.

The Green Line came to a grinding halt on Comm. Ave. at the BU Bridge tonight when somebody in a Tesla wound up enmeshed with the tracks, KMV reports. No word if the driver claimed to be just following GPS directions or maybe taking care of his dog in the back seat while on autopilot, but whatever the reason, a big ol' tow truck had to be called in to get the expensive doorstop off the tracks.

Brighton market owner gets closer to being allowed to sell liquor

The Zoning Board of Appeal today approved a proposal by Lee's Market on Commonwealth Avenue at Washington Street in Brighton to start selling beer, wine and spirits. Read more.

The owner of Roast Beast on Commonwealth Avenue got himself quite the social-media ride over the weekend, after he suddenly shut down with a sign saying it's all the fault of Massachusetts and Marty Walsh for forcing him to install an expensive ventilation system in his kitchen. Read more.

The MBTA reports the shuttle buses that were supposed to be a substitute for B Line trolleys are only going as far as Chestnut Hill Avenue due to flooding on Commonwealth Avenue between there and BC. 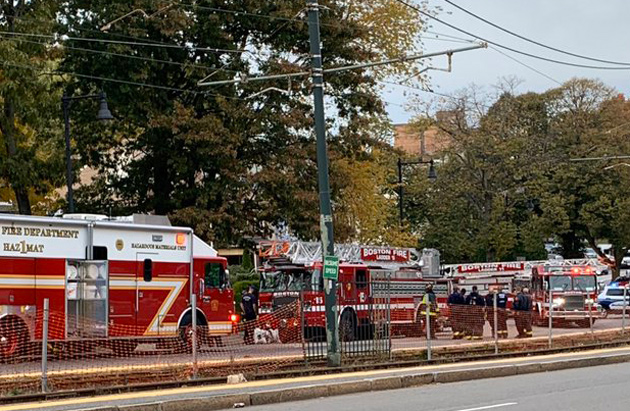 Photo by The one and only Jamesley.

Commonwealth Avenue at Strathmore Road was shut for much of the afternoon after a firetruck suffered some sort of failure and spilled as much as 25 gallons of hydraulic fluid on the roadway.

BFD commanders on scene declared a Level 2 hazmat situation, calling in specialized crews to help clean up the spill. A large tow truck eventually came in to tow the firetruck away. 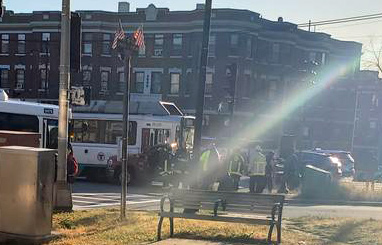 People coming into town on the Green Line from Boston College could be 15 minutes late due to a collision between a trolley and a pickup at Comm. Ave. and Washington Street. NBC Boston reports one injury.

Citizen complaint of the day: Where's the cream cheese and coffee? 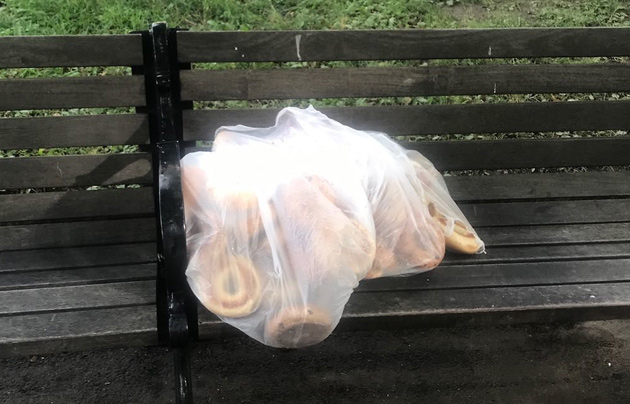 A puzzled citizen filed a 311 complaint this morning about the situation at Commonwealth Avenue and Clarendon Street:

Someone left their huge bag of bagels here.

Man tries to do a good deed at BU convenience store, gets stabbed in the arm

Boston Police report a man who stopped to give some change to a man in a wheelchair at the City Convenience store, 702 Commonwealth Ave. early this morning got stabbed in the arm by another man. Read more. 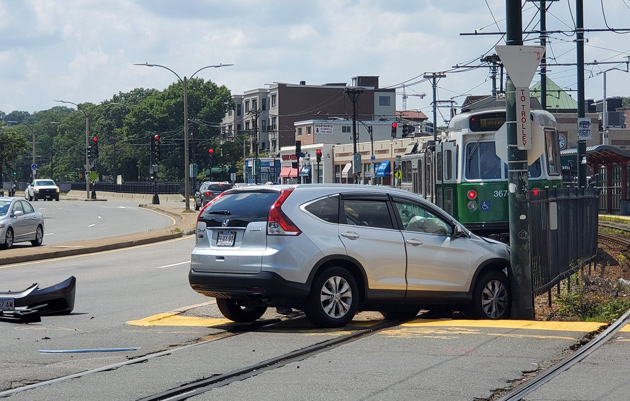 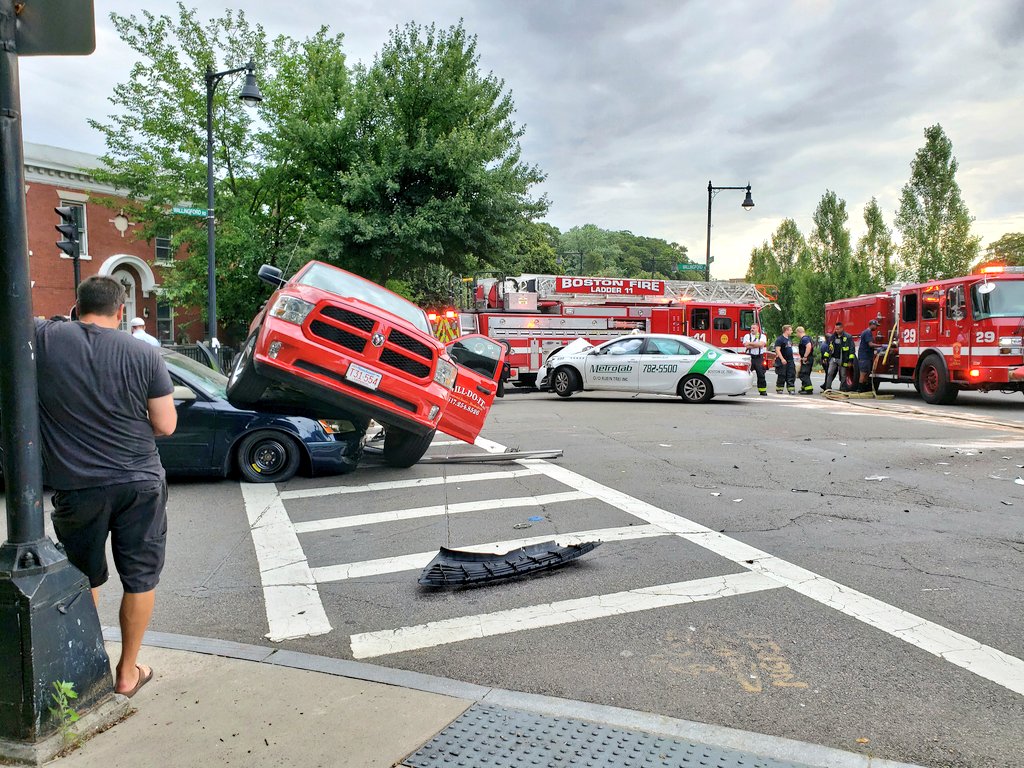 Kelly Packard came across this three-vehicle crash this morning at Commonwealth Avenue and Wallingford Road in Brighton. She reports there did not appear to be any injuries. Read more.

Citizen complaint of the day: Looks like the indecipherable-graffiti guy has been busy 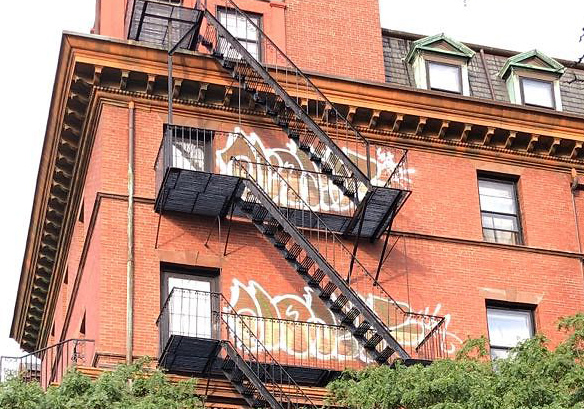 A concerned citizen filed a 311 complaint about fresh graffiti today on the top floors of the Chilton Club on Commonwealth Avenue at Dartmouth Street.

Compare to the graffiti at the Hynes T stop for which a JP man was charged yesterday (note in particular the small 's' on the third letter-like thing).

The guy asked a band member if he wanted to fight, but didn't wait for an answer; that proved a mistake on his part

After performing at the Paradise on April 18, members of Crown the Empire were walking out to their tour bus when some rando outside walked up to member Brent Taddie, asked "You wanna fight?" and then, before Taddie could answer, punched him in the right side of his head, Paradise officials and police told the Boston Licensing Board this morning. Read more.

Back Bay crash sends one car onto its side; no injuries 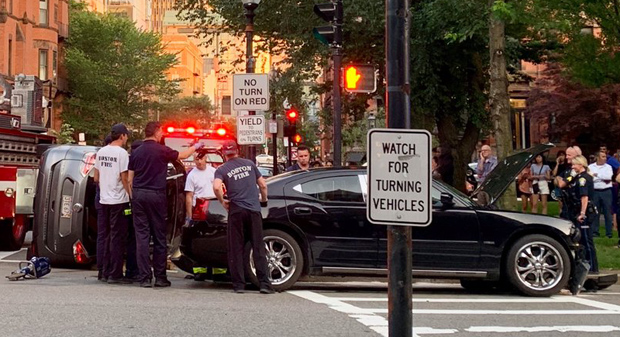 Two cars collided at Commonwealth Avenue and Gloucester Street earlier tonight, sending one car onto its side. Bystanders said there were no injuries!

Citizen complaint of the day: The festering, color-changing gallon jug on the side of Comm Ave. 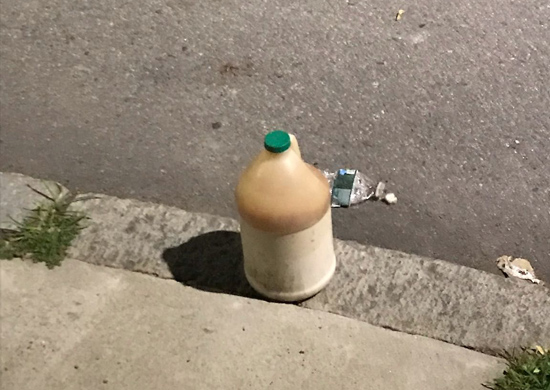 A concerned citizen files a 311 complaint about the bottle that's been sitting on Comm Ave. at Strathmore Road in Brighton for three weeks now: Read more. 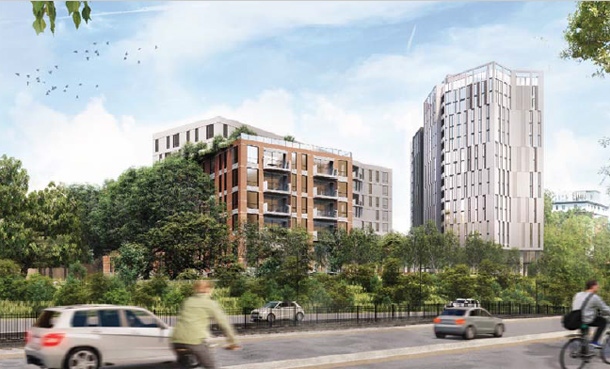 A downtown developer has filed plans to replace the old Hahnemann Hospital at 1515 Commonwealth Avenue with 330 apartments and condos, in a building that would include a 180-foot tall, 17-story tower. Read more. 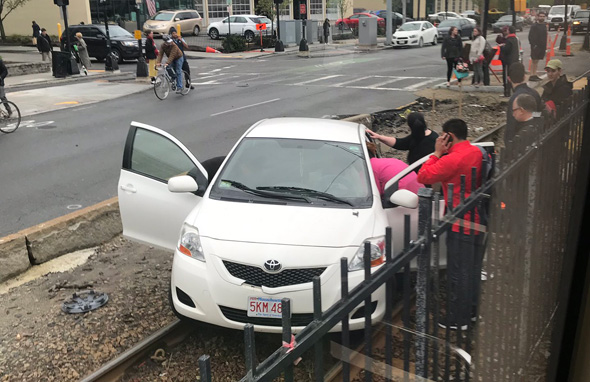 Somehow, a driver wound up on the B Line at Pleasant Street around 1:30 p.m. Kyle MacDonald reports the driver looked "a little shaken up, but OK." Read more.