Physical therapist barred in several states for defrauding insurers moved to the Boston area, where he defrauded insurers, feds say

A man who offered physical therapy in the Boston area starting in 2009 proceeded to submit bogus claims to health insurers the same way he had previously defrauded insurers in other states, which led to him losing his license in Colorado, New York, Washington, DC and California, according to an indictment unsealed today in US District Court in Boston. Read more.

A federal judge today refused to dismiss a lawsuit by Brandeis University students over last year's switch to online classes, saying the issue is not whether such education sucks but whether the school had a contract with students to provide in-person learning. Read more. 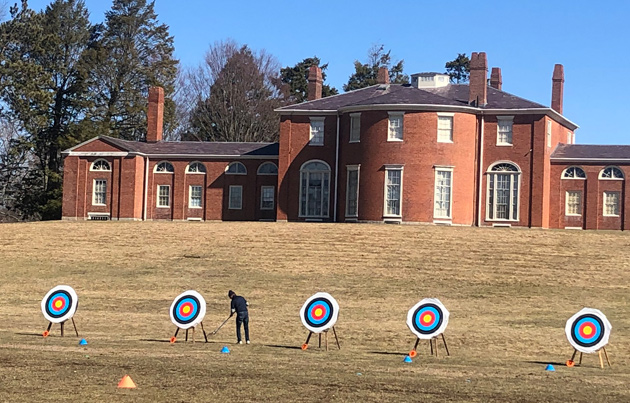 Teddy Kokoros got to an archery competition at the Gore Estate in Waltham a little early today and so was able to watch them set up the targets.

In thrall to a mall squall, that's all 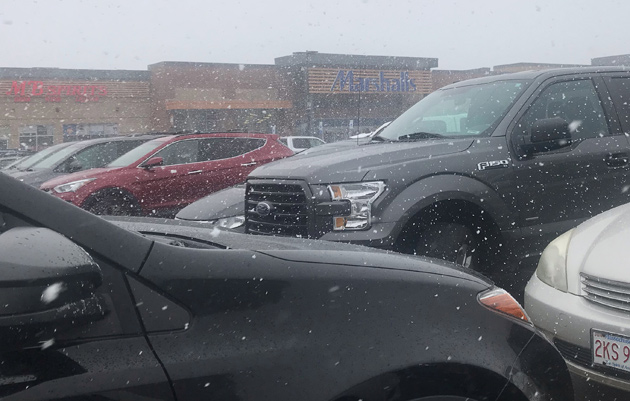 Roving UHub photographer Melissa Hirshson got caught in a bit of snow in the Market Basket/Marshall's parking lot in Waltham this afternoon.

And lest you think people on the South Shore couldn't get in on the action: Read more.

Revealed: How our new robot overlords will dance on our graves

Do You Love Me?

The robots at Waltham's Boston Dynamics get their grooves on.

Boston Restaurant Talk lists them all.

WCVB reports at least nine people have been jumped in Waltham since Nov. 10. The first five were in the GardenCrest apartment complex, but people outside the complex have since been attacked as well.

Boston Restaurant Talk reports officials are looking into who might have put a bogus sign on the front of Bison County on Moody Street that the place had been seized for nonpayment of taxes.

In hindsight, Ahmed Serageldin of Sharon agrees, it was a rather big mistake to mark 31,000 pages of top-secret information on advanced military radar systems as unclassified so he could take them home from his engineering job at Raytheon in Waltham. Read more.

Before the rains came - again 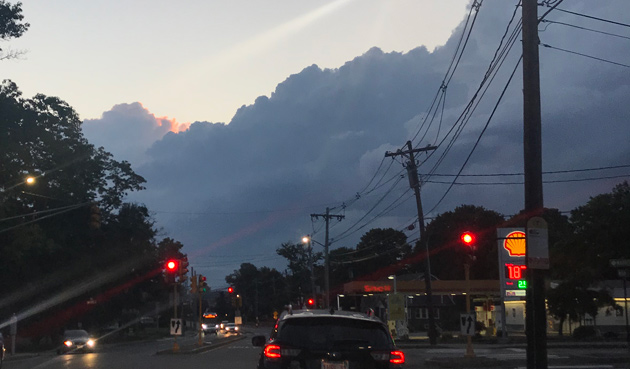 Roving UHub photographer Melissa H shows us the view down Main Street in Waltham around 8 tonight.

From Beirut, former Waltham couple sue to have government drop them from list of 'mass proliferators of weapons of mass destruction'

In 2018, a federal grand jury indicted Antoine Ajaka and Anni Beurklian on charges of violating US export laws for allegedly smuggling potential IED components to a Beirut supplier to the Syrian government, which wanted them for explosives used against US soldiers and allies in Afghanistan and Iraq. Read more.

Brandeis student says his professors struggled to figure out how to teach online, in latest suit over online college classes

An art student at Brandeis University this week sued the school to get a refund on his spring-semester tuition and fees because of the way classes were forced online due to Covid-19. Read more.

They could sure go for a tall, frosty one right about now 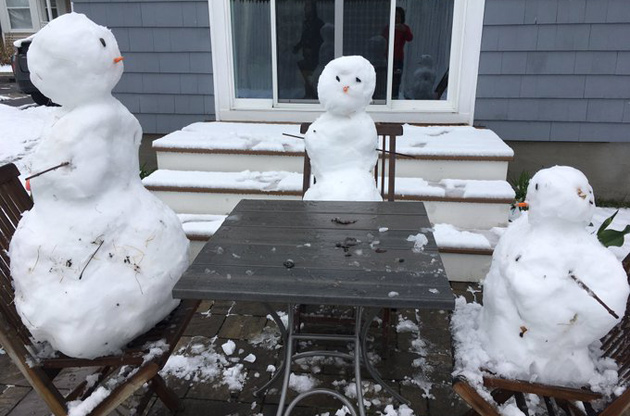 Y200k reports a picnic was going on in Waltham this morning.

Just wouldn't be a birthday without a truck convoy

It was Anthony's birthday today, but, of course, he couldn't have a party with his friends. So trucker friends of his father, Mike, who owns a Watertown towing company, got together behind the wheels of their rigs and gave him a parade. Read more.

Ocean State Job Lot CEO Marc Perlman, announced today the discount chain has given a $2 hourly pay increase to workers at its stores - which include several locations in Boston suburbs - and added a surcharge to its prices for customers who think the workers deserve a bonus for continuing to work on the front line of the Covid-19 pandemic: Read more.

Waltham Mayor Jeanette McCarthy and the city Health Department issued an urgent message this morning about "a significant surge of COVID-19 cases overnight" due to "person to person contact:" Read more.

Boston College President William Leahy told students today that they have to leave campus for the rest of the semester between tomorrow and Sunday as the school prepares to get them online for classes starting Monday. Read more.

Transit Police report arresting two brothers on charges they threatened the driver of an MBTA bus with a knife last night after he wouldn't let them on board at the Watertown yard because his bus was out of service. Read more. 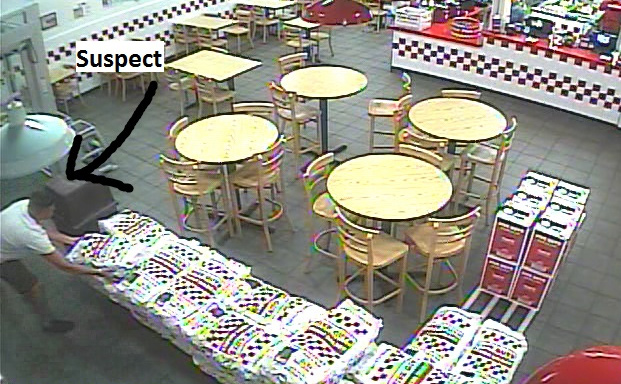 Waltham Police report they are looking for a guy who, apparently not satisfied with the extra fries in his Five Guys bag, made off with a 50-lb. bag of pre-cut French fries on his way out of the restaurant at 1030 Main St.

We are hoping that we can "mash" all of the evidence together and come up with a suspect. Call Detective's at 781-314-3558 if you can identify this individual.