Barros is in; to make announcement in morning

John Barros, who ran for mayor in 2013, will try again this year. He's scheduled a 10 a.m. press conference at Restaurante Cesaria, the Dorchester restaurant he has owned for the past 20 years. Read more.

Election roundup: Even if Walsh leaves before Friday, we won't have to have four elections this year

The State House News Service reports the House of Representatives has passed a bill that would let Boston skip any special elections for mayor should Marty Walsh resign before March 5. It now goes to the Senate, and if it approves, the governor. Read more.

City Councilor and mayoral candidate Annissa Essaibi-George said tonight that the head of the police union is out of line claiming the council doesn't care about cops' safety after an allegedly angry guy threw a metal pole through a lobby window at the South End police station and then jumped through the new hole and attacked an officer on Saturday night. Read more.

WBZ reports state Rep. Jon Santiago of the South End is looking at running for mayor. The Globe reports that John Barros, who ran in 2013 (and then became one of several candidates winner Marty Walsh brought into his administration) is close to making an announcement.

They may be running against each other for mayor, but at-large councilors Michelle Wu and Annissa Essaibi-George said today they are seeking a measure that would give city workers up to three days of paid leave should they feel ill after getting a Covid-19 shot. Feeling like you're coming down with the flu is common after the second shot in particular; health experts say that shows the shot is working to stimulate the immune system. Read more.

Council agrees to try to eliminate special mayoral election this year; action now up to legislature and governor

The Boston City Council voted today to try to bypass a special election for mayor should Marty Walsh resign before March 5. The issue now goes to Mayor Walsh - who has said he supports the idea - and then the state legislature, which would have to approve the change in the state-issued city charter. Read more.

Dana Depelteau filed papers with the state last week to run for Boston mayor this year.

In an interview, Depelteau acknowledged fairly few people have ever heard of him, but says problems related to youth violence, which ultimately tie into everything from education to gentrification, are just not getting the attention they need and that that convinced him to run. Read more.

First, a programming note: Tomorrow at noon, the City Council holds a regular Wednesday meeting - at which councilors may decide whether to try to bypass a special election for mayor should Marty Walsh decamp for Washington before March 5. Read more.

She will join fellow councilors Michelle Wu (at large) and Andrea Campbell (Dorchester, Mattapan, Roslindale) in a formal bid for the seat Marty Walsh hopes to give up to become US labor secretary. 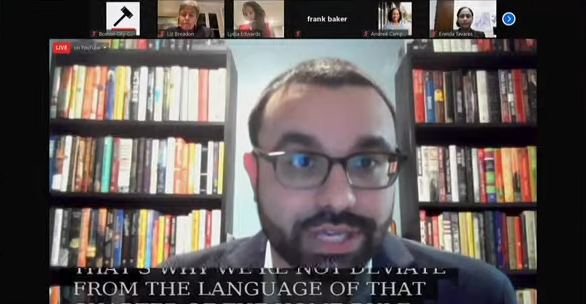 Arroyo discusses his proposal on Zoom.

The City Council tomorrow might vote tomorrow on a proposal to seek the elimination of a special mayoral election should Marty Walsh leave for Washington before March 5 - although it might also defer action to better craft the required request to the state legislature. Read more.

The Boston City Council's committee on government operations tomorrow considers a proposal to try to cancel a special election for mayor should Marty Walsh resign his post to move to Washington before March 5. Read more.

Leader of Boston Covid-19 response looks at running for mayor 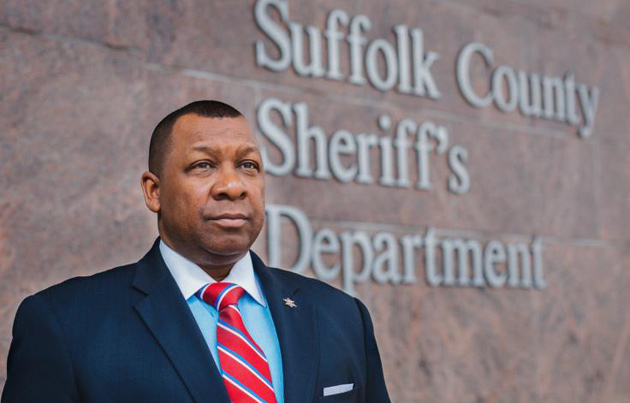 A City Council committee will hold a hearing on a proposal to seek to eliminate a special election for mayor should Mayor Walsh leave for Washington before March 5, following a discussion today in which one councilor managed to insult three others. Read more.

Michael Flaherty not ruling out another run for mayor; says some donations would make his decision easier to make

In e-mail to supporters this morning, at-large City Councilor Michael Flaherty said he is "keeping my options open" about running to replace Marty Walsh as mayor.

Flaherty, who ran for mayor against Tom Menino in 2009, then adds, though, that unlike certain other candidates he could name, he doesn't have a large war chest, so: Read more.

The Boston Sun reports that Jon Santiago of the South End, just coming off his first term in the House of Representatives, is looking at maybe running for the mayor's chair that Marty Walsh could soon vacate. Read more.