Boston firefighters responded to 91 Metropolitan Ave., at Kittredge Street, in Roslindale, for a second-floor fire around 10:15 p.m. Firefighters quickly knocked down the fire, but seven residents were displaced. 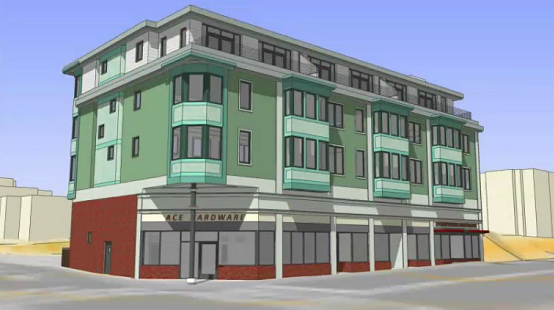 Update: The colors in the rendering are not the final colors.

The Zoning Board of Appeal today approved a proposal to add three floors of apartments to the building that now houses Ace Hardware and several smaller stores on Washington Street at Metropolitan Avenue. Read more.

Metropolitan Avenue between Thatcher Street and Hyde Park Avenue was shut for more than 90 minutes tonight as police surrounded a house where at least one armed robber appeared to run after a holdup around 8:40 p.m. Read more. 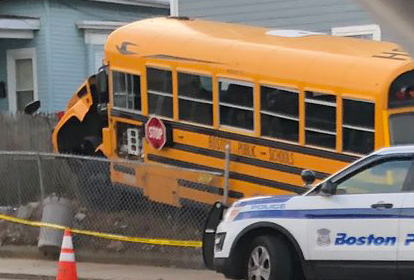 WFXT reports a school bus and a car collided at River Street and Metropolitan Avenue this morning. No school children were on the bus.

In Hyde Park, car crashes into house; in Roslindale, car goes up in flames

Chris Dunn shows us the scene on Metropolitan Avenue in Hyde Park around 7:30 p.m. Around the same time, on the other side of the train tracks, in Roslindale, a car went up in flames on Cornell Street between Poplar and Kittredge.

Another vehicle flips in Roslindale 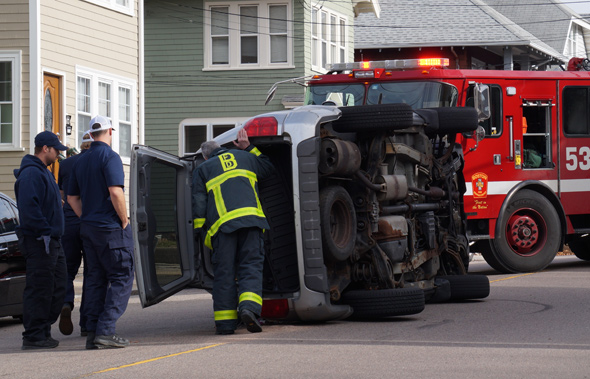 Shortly after 2 p.m., a driver flipped an SUV on its side on Metropolitan Avenue, just up the hill from Washington Street. An ambulance was called; the road was shut.

Last Wednesday:
Police look for driver of stolen car who caused a Roslindale crash, helped the other driver, then fled.

Person shoots relative in Roslindale, then kills self

WHDH reports police are investigating what happened between a pair of relatives around 12:10 a.m. at Washington Street and Metropolitan Avenue to cause one to shoot the other in the stomach, then use the gun to commit suicide an hour later.

Train service shut due to burglary suspect on the tracks between Roslindale, Hyde Park

Franklin and Needham Line service was shut for about 20 minutes as Boston Police pursued a burglary suspect who kept running across the train tracks south of Canterbury Street around 3 p.m. Officers swarmed both sides of the tracks for the suspect, who eventually tried to make good his escape through wooded yards on the Roslindale side - only to be caught by Transit Police officers who had arrived to help out.

Ernest Haley, 29, won't have to risk getting arrested a third time for burglary: At his arraignment today for three Roslindale break-in attempts - two allegedly successful - his bail was revoked for his earlier charge, the Suffolk County District Attorney's office reports.

The new arrests - which include one for allegedly swiping nine pairs of panties - also got him in trouble for violating his probation in a 2014 case in which he received an 18-month suspended sentence for malicious destruction of property, threats, and two counts of assault and battery, the DA's office says. Read more.

Really jacked up in Roslindale

Channel 4 reports two gunmen got away with $200 after one of them stuck a gun in the face of a clerk at the Petrol station at Washington Street and Metropolitan Avenue Monday afternoon.

Earlier:
The last time a Washington Street gas station was held up.