A Fenway landlord that wouldn't return the security deposit to two tenants who moved out in August, 2020 has to pay them that deposit times three, the costs of their attorney to get that check and now the extra legal fees they racked up when the landlord appealed a court's decision to grant the tenants their treble damages, the Massachusetts Appeals Court ruled today. Read more.

Contractor - and current state-senate candidate - who walked away from home project after clients paid him for most of the work deserves all the punishment he got, court rules

The Massachusetts Appeals Court today upheld the license suspension and fine a state board levied against a Peabody contractor who deposited money meant for an attic refurbishing project into his separate house-flipping business, stopped paying contractors, abandoned the job, filed for bankruptcy and then sued the couple after a judge declared his debt to them "nondischargeable." Read more.

Mayor Wu said today she wants Boston to join a state pilot that would let the city ban the use of natural gas and other fossil fuels for heating and cooking in new construction or major renovation projects. Read more. 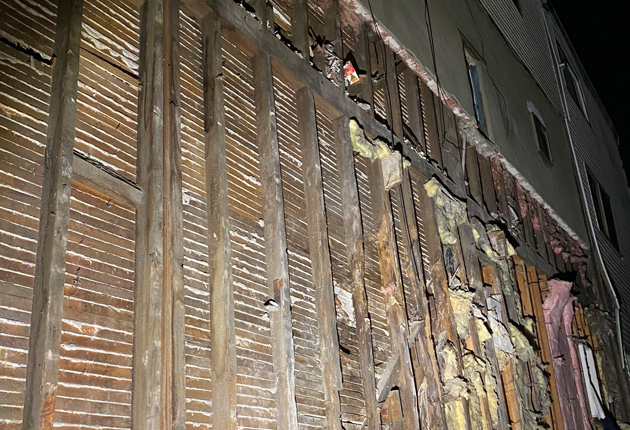 The Boston Fire Department reports 11 people, one cat and one dog were displaced early this morning when the masonry veneer on one wall of 282 Sumner Street mostly collapsed into the narrow alleyway separating the three-family building from its neighbor.

ISD determined a structural engineer will have to come in and extensive repairs be made before the building is habitable again.

The owners of 24 condos at 88 and 90 Wareham St. in the South End are suing the developer, its real-estate agent and the manufacturer and installer of their building's car-stacking garage system, which they say has never worked right and which they say folded itself into complete unusability a couple months ago. Read more.

Past and present tenants of Navy Yard building sue over parking requirements; say they weren't told up front they'd have to prove they were paying for spaces elsewhere

When the BPDA gave final approval in 2016 to plans to convert the Charlestown Navy Yard's historic Ropewalk building into apartments, the developer agreed to a condition that tenants with cars would have to provide proof they were leasing parking spaces elsewhere, since the building's grounds had no room for cars. Read more.

An artists' collective once bought a Fort Point building for its members to live and work in; could it happen again?

WBUR takes a look at efforts to buy spaces for artists in Boston, 11 years after one collective managed to raise more than $2 million in a couple of weeks for a building in Fort Point.

Wu can forget about rent stabilization if Healey becomes governor

Boston can only enact limits on annual rent increases with the approval of the state legislature and the governor, and candidate Maura Healey said today that's not going to happen on her watch.

The city today announced a program called Solarize Eastie aimed at getting more solar panels on local roofs through discounts and other incentives. Read more.

The gobble is coming from INSIDE THE HOUSE.

While we haven't seen the TLF for a while here, their work continues apace. Can turkeys claim squatters rights?

Not long after approving a proposal for a roof deck on Worcester Street in the South End, the Zoning Board of Appeal today rejected a request for permission to build a new roof deck at 460 East 7th St. in South Boston. Read more.

Three tenants at the Georgetowne Homes development in Hyde Park are suing a Braintree law firm that filed to evict them and 110 other families last March, despite a city moratorium on evictions. Read more.

Wu sets up committee to study rent stablization; would recommend legislation for after Baker leaves office

Mayor Wu today announced members of a rent stabilization advisory committee of "housing advocates, developers, tenants, and other stakeholders" that would develop proposed legislation to let Boston put some brakes on rapidly escalating rents, in a way the city hasn't seen since small landlords won a statewide referendum question in 1994 to ban rent ordinances in Boston, Brookline and Cambridge. Read more.

Nicole DaSilva has set up a GoFundMe page to help the 25 families who lost everything when their Maverick Street homes caught fire early Monday.

PBS's "This Old House yesterday started a new season focusing on Derek Rubinoff and Robyn Marder's 1894 home on a side street off Lagrange.

The ten-episode series follow as Rubinoff - himself an architect - and Marder and the show crew try to turn a 19th-century Victorian that had its last major upgrade in World War II into a 21st-century home while maintaining its Victorian charm.

A chilly Moss Hill resident who has been without heat since at least 4 p.m. reports on the huge hole National Grid now has on Moss Hill Road near Woodland Road: Read more.

A Housing Court judge yesterday denied the city's request to let its pandemic-related ban on evictions continue as it appeals her earlier decision to dismiss the ban. Read more.

Everybody has that one kitchen drawer ... 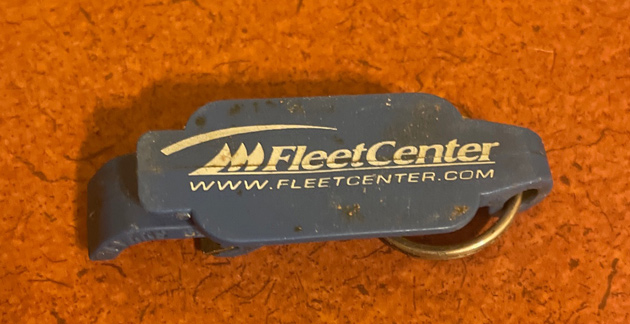 Josh Bitker shows us the bottle opener he found when he cleaned out his for the first time in awhile.