The BPDA board this afternoon will vote on spending $100,000 for a consultant to recommend ways to turn Dartmouth Street between the BPL main library and the Copley Square park into a permanent mall for pedestrians and bicyclists - with space set aside for a lane for emergency vehicles. Read more.

Citizen complaint of the day: BTD hates East Boston, and I will never stop complaining about it

A disgusted citizen files a 311 complaint about a car with Rhode Island plates just parked on Barnes Avenue overnight without a single orange ticket or tow truck pulling it away, and he or she is getting rather fed up: Read more.

A different kind of neighborhood meeting in Mattapan Square

The Dorchester Reporter reports on a city meeting at seeing what people might want to see in a redesigned Mattapan Square:

Boston Transportation Department (BTD) officials, the MBTA, and other planners provided information on the two transformative projects against a backdrop of a DJ playing music and a cash bar with food inside Kay’s Lounge right on the avenue.

The Herald reports the city has suspended six workers and is looking at six more in a scheme in which they allegedly wrote bogus tickets to make it seem they were working their shifts when they weren't.

BTD waited until 5 p.m. to announce you could have parked for free in metered spots today because the service it uses for the ParkBoston app (which lets you pay via your phone, rather than via a credit card or quarters) relies on Amazon Web Services, which went down this morning. Read more.

Not all councilors fully aboard the free-bus idea yet; want to know who will pay for it once Covid money runs out 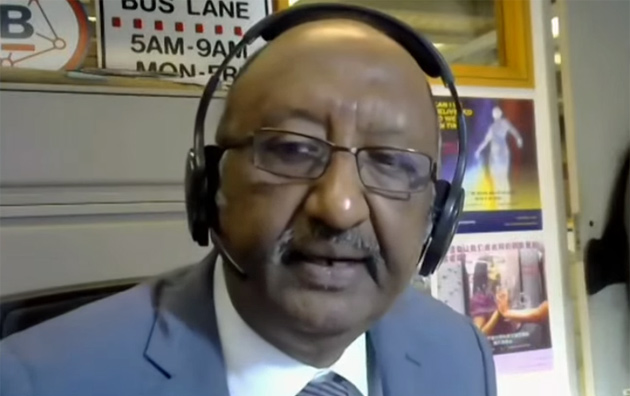 Boston city councilors say they support expanding the current free-fare pilot on the 28 bus to the 23 and 29 routes next year but say they also want to know who pays for continuing or even expanding the service once a planned $8-million, two-year pilot runs out. Read more.

WCVB reports a BTD worker who had pulled up to Charles Street South and Stuart Street to write some parking tickets early this morning was injured when somebody jumped into the car and drove off - with the worker's hand initially still in the door. Police caught up with the car, and the Brighton woman who allegedly stole it, on Southampton Street.

Citizen complaint of the day: If Logan can centralize ride shares, why not Boston?

A concerned citizen notes the impending centralization of Uber/Lyft pickups and drop offs at Logan Airport and poses a question via 311 to BTD: Read more.

Bluebikes station rolled out at Forest Hills; no more gap between JP and Roslindale 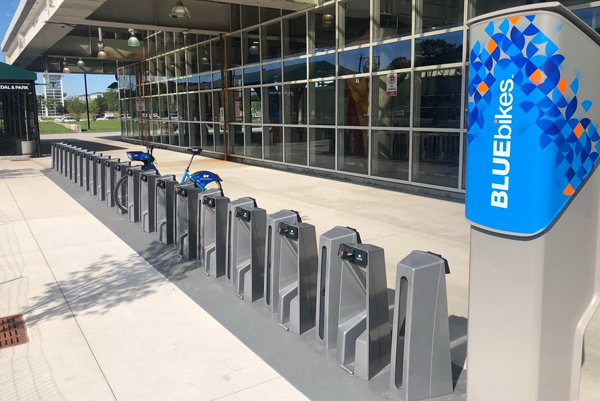 The Boston Transportation Department reports a Bluebikes station has finally been installed at the Forest Hills T stop. Read more.

Boston transportation officials tomorrow will show off their formal plans for curbing vehicular mayhem along Centre Street, spurred on by a pedestrian's death at Centre and Hastings in February. Read more.

So much for that traffic study 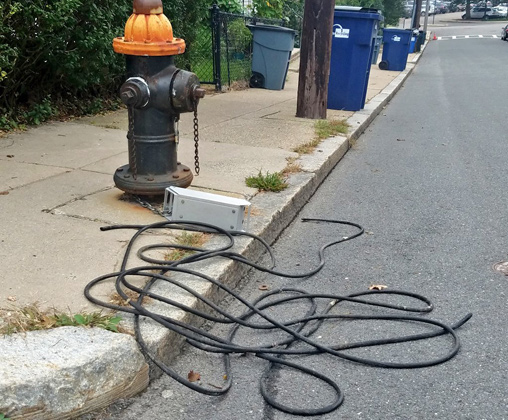 Just yesterday, the Boston Transportation Department put in one of those traffic-counting cable things on Conway Street in response to neighborhood concerns about unsafe drivers. Tim West reports that less than 10 hours later, a public-works street sweeper tore it up.

15/16 cars had tickets. No checking of payment via the app. Technology should add convenience not be troublesome

Boston has garbage trucks that can scan your license plate - what?

The Dig reports that until recently license-plate data going back to 2012 was available on a publicly accessible server on the Web, because somebody at either the Boston Transportation Department at the private companies that run the system was unable to figure out the basics of data security.

Left unanswered is the question of why garbage trucks are roaming the city with license-plate scanners, although the Dig also notes that Boston Police - which said it stopped its own license scooping in 2013 - was getting daily reports from the database.

Citizen complaint of the day: Meter maids need to find another way to celebrate the end of the work week

A concerned citizen reports on an incident Friday evening on Washington Street in the South End:

Unprofessional conduct by BTD employee: at 7:45pm, female BTD exited BTD van ticketed car on Washington St whose meter just expired (15 min prior to end of enforcement) then did a ridiculous happy dance before getting back into van. As van drove by crowed outdoor restaurant (Toro) she hung out the window and yelled, "Everyone else is free tonight!" Was this some kind of competition? Either way, this behavior should be reprimanded.

Meter maids are the honey badgers of Boston space saving

Interesting photo that shows what happens when a vengeful neighbor slashes your tires for daring to park in "their" space and then the local meter maid decides to issue you a steady stream of tickets. Brought to you by the neighborhood of East Boston.

Citizen complaint of the day: BTD truck is just ducky

An irate citizen complains about this BTD vehicle on Beacon Street in the Back Bay:

Citizen complaint of the day: Why is one city department choking the trees another department planted?

A concerned citizen spotted tree choking on Burbank Street in the Fenway:

Fire gives the boot to city pickup in Brigham Circle

Citizen complaint of the day: Who tickets the ticketers?

An aghast citizen snaps a photo of a BTD van making an illegal right turn on red at Stuart and Dartmouth:

The light was red and there is a clear no right on red sign and a walk sign. There were pedestrians in the crosswalk.