The FBI reports it is looking for a guy in a camo hoodie who stuck up the Santander Bank branch at 780 Gallivan Blvd. on Oct. 21 - a few days after he apparently also robbed a bank in East Boston. Read more. 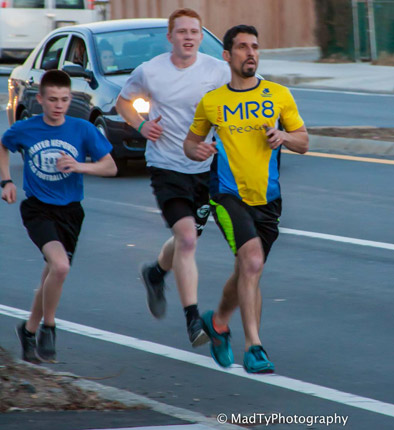 MadTy watched a 5k in honor of Martin Richard along Gallivan Boulevard today.

Jackie Murphy reports on her commute:

ColdSummer checks in from Forest Hills:

Hyde Park Ave is Back to NORMAL. Hallelujah . No More Gridlocks

UPDATE: Max found OK, tied to a post in Quincy.

This poor dog is Max. He was taken from the corner of Adams Street and Gallivan Boulevard. The owner secured him to a pole as he had in the past to run into the store. and that is when Someone took him . If you were in the area from 8:00pm- 9:00 pm last night and remember anything please contact Boston Police. The family is obviously devastated.

The Globe reports 14 people were injured in a crash this evening between an MBTA bus and a minivan at Gallivan Boulevard and Morton Street. The one saving grace: There's a fire station right there. Menino supporter this afternoon at Gallivan Boulevard and Adams Street in Dorchester.

Maybe he thought he was on the Expressway

Boston Police report arresting a man they say they clocked at 60 mph on Gallivan Boulevard in Dorchester around 10:30 yesterday morning.

Oh, wait, what was I thinking? No way could somebody get up to 60 on the Expressway during the day.

State Police report arresting a Dorchester man on meth-trafficking charges after a trooper stopped him for allegedly speeding on Gallivan Boulevard late Wednesday night and then searched his car.

The trooper allegedly clocked Carson W. Trent at 52 in a 30-mph zone. He was initially arrested for a couple of outstanding warrants; State Police say that after his car was towed away, troopers spotted an open suitcase on the floor containing 34 grams of meth, two glass pipes, a lighter and $1,000 in cash.

Boston Police report finding a male, 16, shot at Gallivan Boulevard and Patterson Street around 3:30 p.m. yesterday. He was taken to Boston Medical Center, where he was pronounced dead.

UPDATE: The kid lied; there was no evil man, Boston Police now say.

Boston Police report they are looking for a man who tried to abduct a 12-year-old boy walking on Gallivan Boulevard (near the CVS) on his way to St. Brendan's School this morning:

... The victim stated the suspect approached him from the rear vacant lot next to 663 Gallivan Blvd and stated, "Hey" and then grabbed the victim's right arm and attempted to pull the victim into the vacant lot. The victim was able to break free from the suspect. He then fled through numerous yards and streets in an attempt to lose the suspect. The victim made his way to St. Brendan's School and immediately notified the principal of the incident.

The suspect reportedly chased him through the vacant lot onto Marsh St. into the rear of Florian Hall where the suspect fled in an unknown direction. ...