Woman stabbed in the chest in Chinatown

Beacon Hill's Hungry I could be replaced by bookstore and cafe

The Beacon Hill Times reports on one Beacon Hill resident's plans to turn the now shuttered restaurant on Charles Street into a cafe on the first floor and a bookstore on the second and third floors. Read more.

Owners of Beacon Hill dive look to class up the joint

The Beacon Hill Times reports that the group that bought several dive bars last year is now planning to turn the Beacon Hill Pub into the sort of high-end dining spot the nobs of Beacon Hill have come to expect. They're working with the former owner of Lala Rokh to find a suitable operator - and are also looking to convert the apartments in the building into "executive suites" for business people in Boston for awhile. 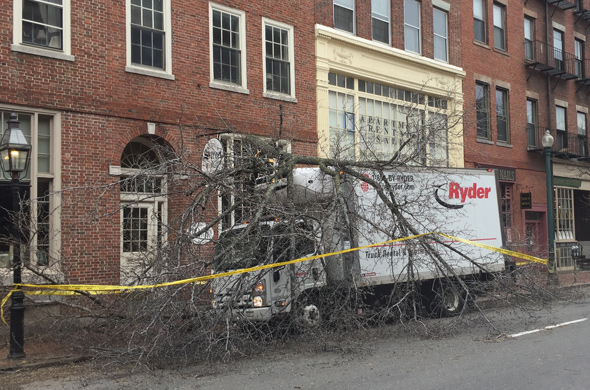 Roving UHub photographer ELE happened upon this tree-smashing truck on Charles Street near Mt. Vernon St. on Beacon Hill this morning. No word if the driver was heading for Storrow Drive.

A tree-removal crew was quick to arrive: Read more. 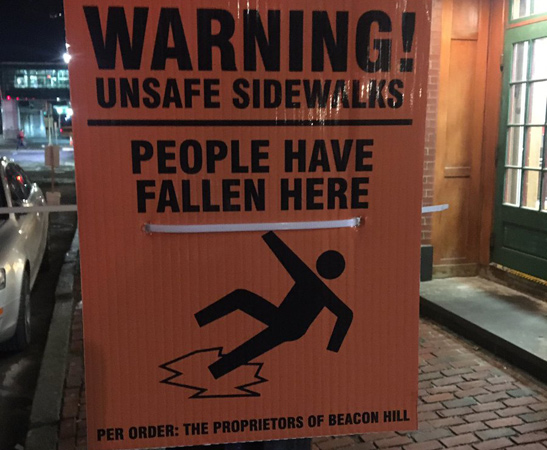 Shamus Moynihan reports these signs lined Charles Street tonight, no doubt industriously placed there by the proprietors' loyal manservants, who seem to have been unaware that the signs seem to indicate the Proprietors are actually ordering people to plunge to the ground.

The owner of a nine-unit apartment building on Charles Street won city approval this week to convert it into a hotel - like it was before he bought it several years ago. Read more.

A group that includes apartment developers Fred Starikov and Steve Whalen of City Realty yesterday bought the buildings housing Mary Ann's on Beacon Street in Cleveland Circle, the Tam on Tremont Street in the Theater District and the Beacon Hill Pub on Charles Street. Read more. 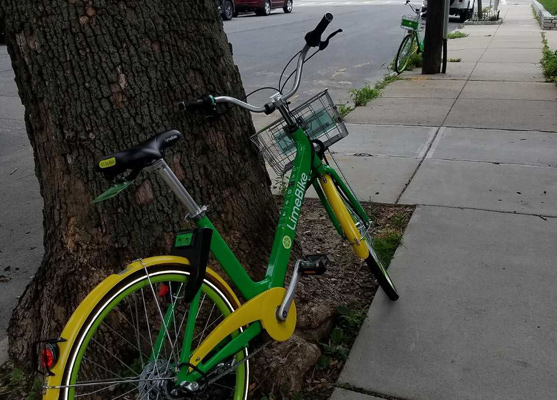 A peeved citizen files a 311 complaint about all the green-and-yellow rental bikes dumped along the beach in South Boston: Read more.

Boston Police report they are looking for a guy who stole three rings right from the window of the Exclusive Jewels Gallery, 107 Charles St., around 2:40 p.m. last Friday. Read more.

Snow not only thing tying up roads in Boston 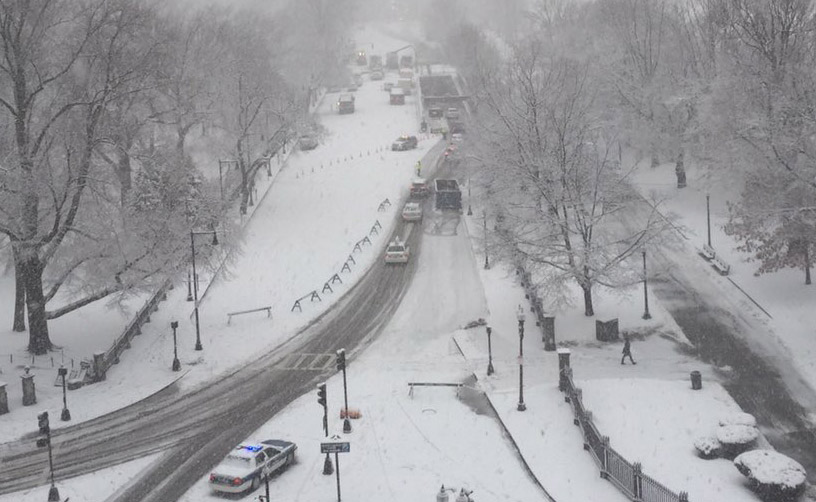 For the past few days, workers have been doing something with a large pipe under Charles Street and into the Public Garden. Manish Sinha gives us a view of the work in the snow today.

Make way for Olympians: Duckling statues would be off limits to public during Games 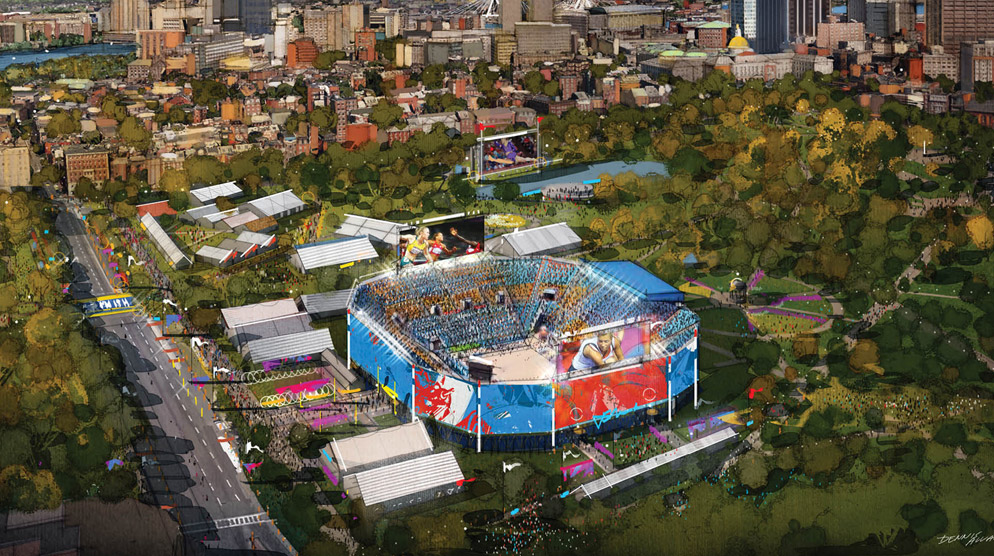 That's Charles Street on the left. See it larger.

Plans released by Boston 2024 show most of the Common and a significant portion of the Public Garden - including the Make Way for Ducklings statues - off limits to the public during the Olympics. Construction of a 16,000-seat beach-volleyball stadium and related structures, meanwhile, would shut the ball fields and other parts of the Common for months before the games. 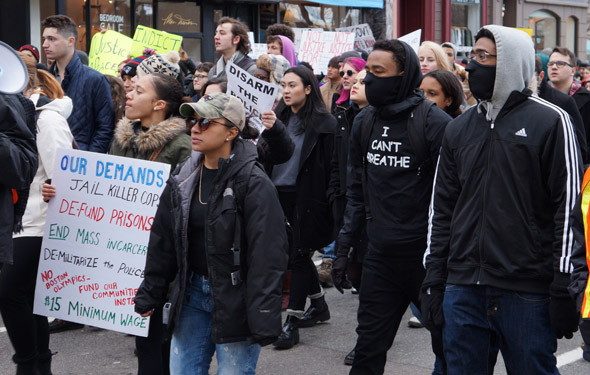 Hundreds of people peacefully marched around the Common and Public Garden this afternoon before marching up Beacon Street for a protest in front of the State House. 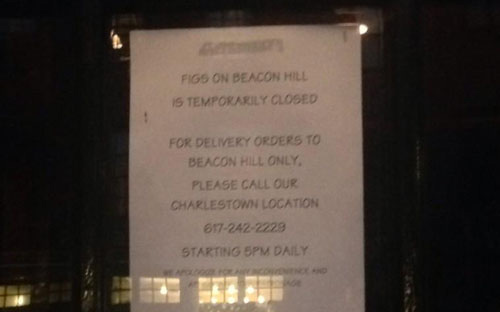 Barely a month after Todd English's Figs on Charles Street closed for repairs and then re-opened, it's shut again.

Sara snapped this photo of the window this evening, featuring a prominent apology for being "temporarily" closed. The restaurant is one of the just three outposts left in English's rapidly shrinking Boston empire, the others being the other Figs in Charlestown and Bonfire at Logan Airport.

Aside from a brief and not very heavy spot of rain, it was a perfect day for the annual Pride parade from Copley Square to City Hall Plaza.

We stationed ourselves on Charles Street. By the time it was all over, the kidlet had built up quite the collection of beads.

One of the Sisters of Perpetual Indulgence: Councilor wants to keep Charles Street from being overrun by lawyers, real-estate agents and insurance brokers

City Councilor Josh Zakim says he doesn't hate lawyers - he's one himself - but he says he concerned that too many professionals are taking over street-level storefronts on Charles Street and the Beacon Hill side of Cambridge Street and wants to try to slow the process.

Zakim, who represents most of Beacon Hill, wants to make professional offices a "conditional" use on the two streets. The proposal would still let the agents and brokers move in, but only after a hearing before the Zoning Board of Appeals.

Bike attached to street sign was removed due to filming location on Charles St. Completely unacceptable for someone's property and only mode of transportation to be taken when there was absolutely ZERO signs warning bicyclists that their bikes would be towed. Very disappointed that the city is bowing to stupid film scouts demands that directly impede citizens daily life.

Sarah Connors surveyed the scene on Charles Street this afternoon, after the wind detached some tree limbs and gravity brought them crashing to the ground - except where cars where in the way.

Ari Ofsevit photographed a woman who might very well be a member of the Beacon Hill Historical Commission pondering whether the tree might have been on the ground long enough to qualify for historic protection (or maybe not):