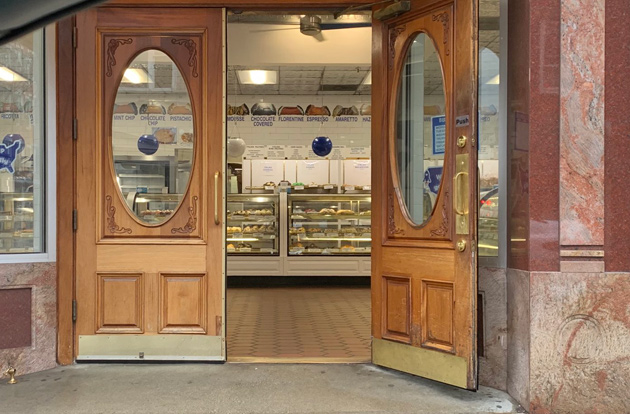 Never seen before. Not a single customer.

Alley oops: Owners of neighboring Hanover Street buildings battle over who gets to use a narrow walkway 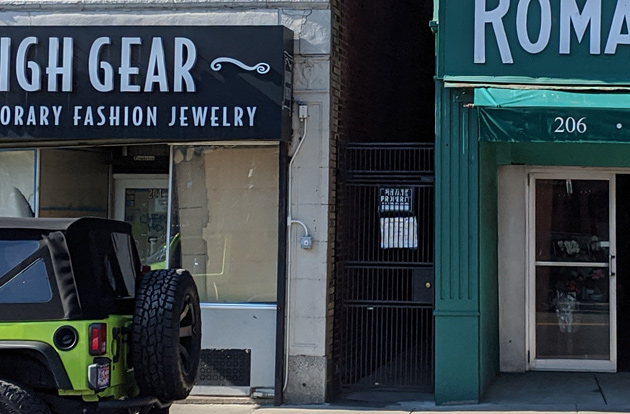 Not much to look at, is it?

The Massachusetts Appeals Court yesterday revived a lawsuit over who gets to use a three-foot-wide alley between 204 and 206 Hanover St., just around the corner from Cross Street, ruling that a Superior Court judge had made a legal error in granting sole rights to the owners of one of the buildings. Read more.

Truck vs. tree in the North End: Truck wins 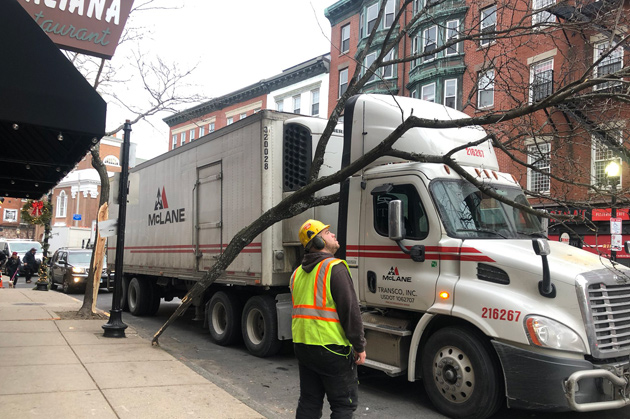 Jay surveyed the damage outside Cantina Italiana on Hanover Street this morning. 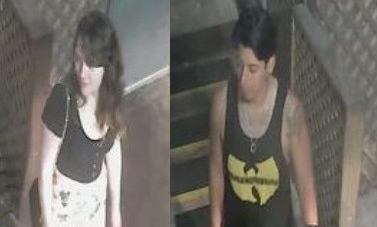 Boston Police report they are looking for two people they suspect set a fire in an alley off Hanover Street between Cross and Richmond streets around 5 a.m. today. Read more.

NorthEndWaterfront.com reports residents of 454-464 Hanover St. were given a short time to gather some belongings before they had to flee. 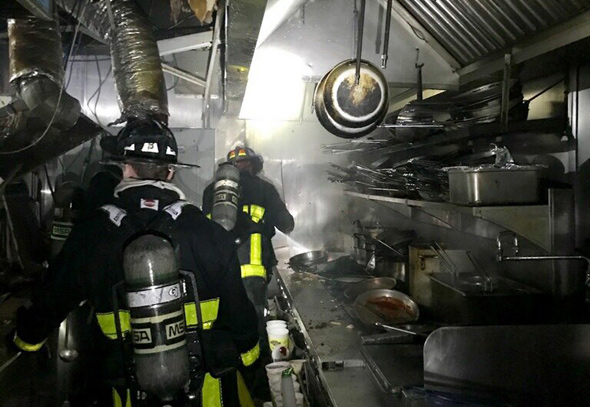 The Boston Fire Department reports a fire in the kitchen ceiling at Trattoria il Panino, 280 Hanover St., went to two alarms and caused an estimated $150,000 in damage. Read more.

North End spot would be like going to grandma's for Sunday dinner, if grandma were Italian and spent the whole day cooking

High-end family dining is coming to the North End. Jennifer Royale says her Table by Jen Royle "private dinner club" at 445 Hanover St. will feature large bowls and platters that diners seated at the two long tables will pass along as they go from course to course. Read more. 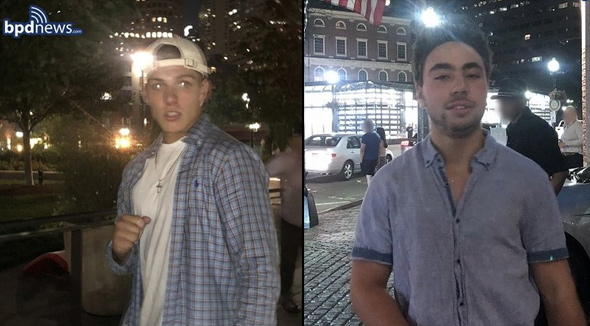 Boston Police report they are looking for these two guys for a beatdown that started around 10:44 p.m. on Aug. 25 on the downtown side of Hanover Street, then continued on the Rose Kennedy Greenway before they finally fled.

Once again, mayor wants Starbucks to leave a Boston neighborhood alone; will it listen to him this time?

NorthEndWaterfront.com reports Mayor Walsh is asking Starbucks to withdraw its proposal for a Venti-sized Frappuccino joint at Cross and Hanover streets as an affront to the North End's culture and history. Read more.

Woman released from booking on shoplifting charge tries to steal BPD worker's purse on way out of station, police say

Boston Police report arresting a Malden woman twice in three hours yesterday, first for allegedly shoplifting stuff at the CVS at 318 Hanover St. and then for trying to grab an employee's purse at the District A-1 station after she was done being booked for the shoplifting. Read more.

Via NorthEndWaterfront.com comes Rocco Capano's interviews with a number of North End cafe and restaurant owners about their opposition to a proposed Starbucks on Cross Street at Hanover, at the entrance to the neighborhood. Read more.

North End to get an Italian restaurant 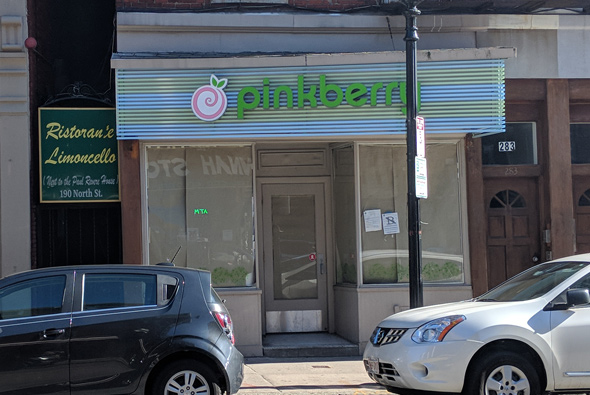 Some Einstein robbed a bank in the North End 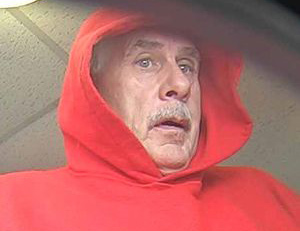 The FBI's Bank Robbery Task Force reports this guy is wanted for holding up the Century Bank branch at 275 Hanover St. in the North End, around 3:35 p.m. on Feb. 6.

Boston Restaurant Talk reports that Maurizio's on Hanover Street plans to serve its last meals ever on Christmas Eve. 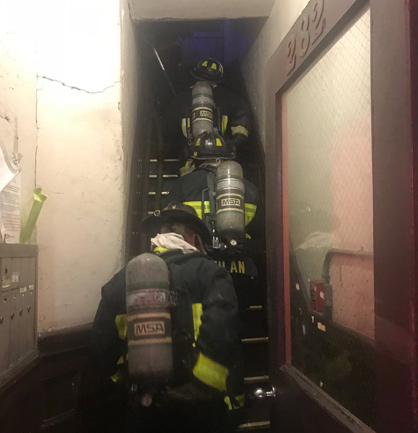 Firefighters going up. Photo by BFD.

The Boston Fire Department reports "careless disposal of smoking material" started a three-alarm fire at 282 Hanover St. that killed two men - one after he jumped from the building to escape the flames. Read more.

Brown will be arraigned Monday on charges of indecent assault and battery and impersonating a police officer, police say.

Man wanted for sexual attack in the North End 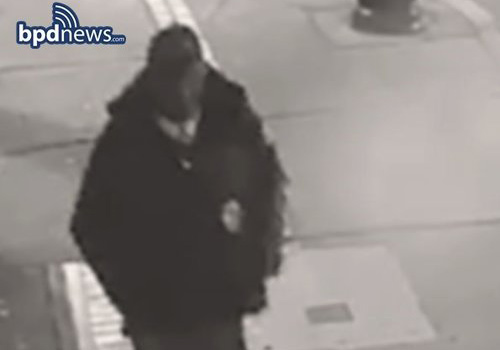 WBZ reports somebody cut the cable holding a box used to collect donations for muscular dystrophy from in front of the Hanover Street fire station early Monday and took all the money - while firefighters were out on a call.

Boston Police report they had little trouble arresting two suspects for two bank robberies Monday morning because the pair tried to get away in a taxi, only they got caught in downtown traffic.

Now, there's a reason the two hailed a cab instead of using their own getaway car after robbing the Santander Bank branch at 75 State St. about 25 minutes after robbing a bank at 389 Hanover St, police say. Read more.

Where soccer packs 'em in 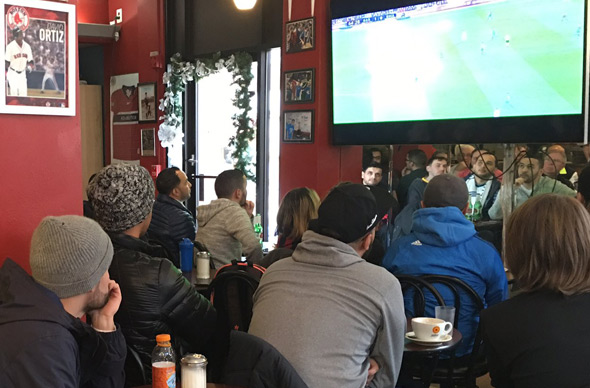 Eastie Strong was among the people jammed into Caffe dello Sport today to watch the match between Real Madrid and Barcelona (which ended in a 1-1 tie).