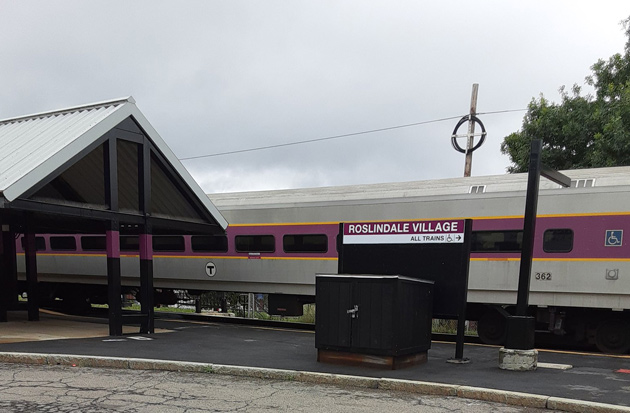 They've been working on the railroad, all the livelong day 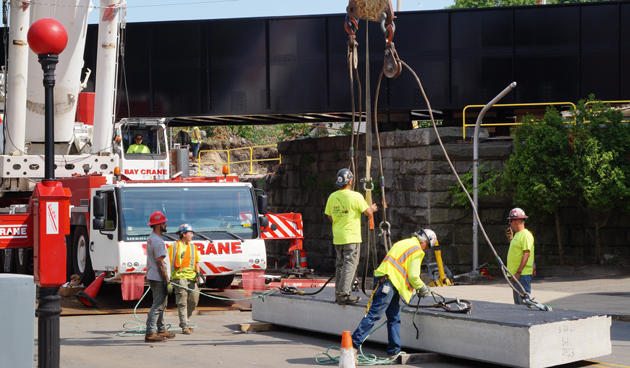 After connecting thick wires to a large slab of concrete, workers jumped off to help steady it as the crane lifted it to the bridge.

After one crew spent last night on equipment that gnawed away the old Needham Line bridge over Robert Street in Roslindale Square, another crew came in this morning to get the new bridge into place and ready for trains on Monday. Read more.

A Belmont teacher who also bakes cakes and toaster pastries has rented the space next to the Birch Street wine shop, where the cheese shop used to be, for a bakery. Read more.

Early morning burglary attempt leaves Roslindale store employee knocked out, but would-be robbers get away with nothing after passing motorist intervenes

Boston Police are looking for three guys they say broke into Bob's Pita Market, 4198 Washington St. in Roslindale Square early on April 25, found nothing of any value worth stealing, then beat up a store employee who responded to the alarm they triggered, took his car keys, beat him up again when he came after them, then fled with nothing when somebody who happened to be driving by stopped to see what the commotion was about. Read more.

A beam in thine own street 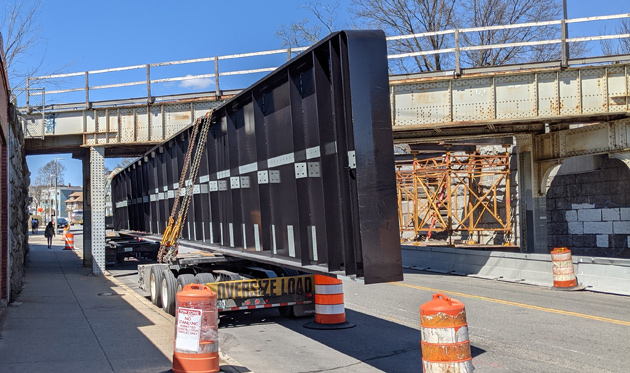 Yesterday, a trucker delivered this oversize-load sized steel beam to Robert Street in Roslindale Square so that, starting at 4 a.m. on Saturday, workers can begin to replace the bridge that now carries the Needham Line over the street. The bridge dates to 1898.

Napper Tandy's on Washington Street in Roslindale Square reports it's getting ready to re-open after months with its doors shut due to Covid-19 - and it's looking to hire "bartenders, servers, cooks, and dishwashers."

Roslindale was overdue for a rollover

Driver managed to flip his car at South Street and Taft Hill Terrace in Roslindale Square early this morning. No injuries.

Sartre's sequel to 'No Exit' is less well known today 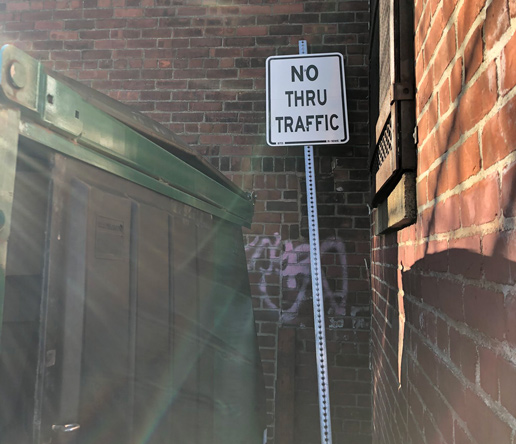 Robert Orthman can confirm that this sign outside the Village Market in Roslindale Square is accurate.

Roslindale's annual snowplow display comes to an end; Belgrade Avenue garage to be replaced with condos 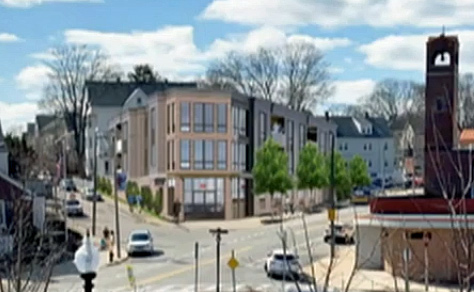 The Zoning Board of Appeal this week approved plans to replace a run-down garage on Belgrade Avenue at Amherst Street in Roslindale with a three-story, eight-unit condo building with ground-floor commercial space. Read more. 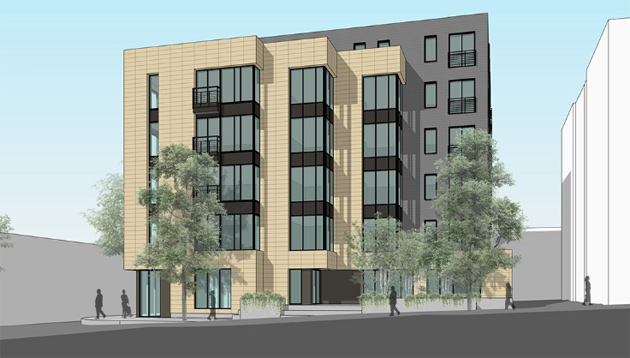 A developer based in Bay Village has proposed replacing the block that now houses Dragon Chef, Bob's Pita Market, Delicious Yogurt and a performance space with a six-story, 39-unit residential building on Washington Street in Roslindale Square, between the Roslindale Community Center/RMV and Basile Street. Read more. 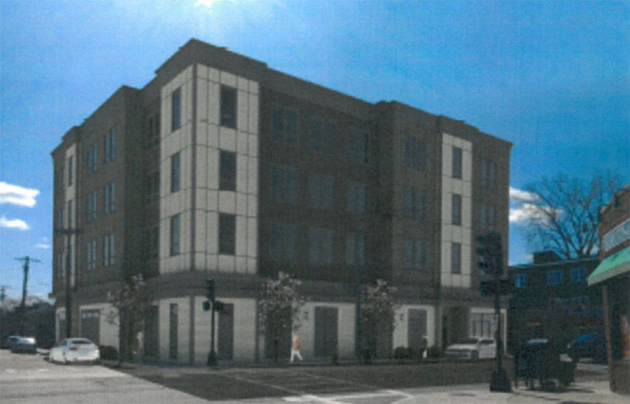 The Zoning Board of Appeal today approved an 18-unit condo building on Washington Street at Archdale Road, and plans for nine apartments on three new floors to be added to what is now a one-story building on Poplar Street in Roslindale Square. Read more.

Roslindale Square getting its upper floors back: Owner of another single-story building seeks to add three more floors, apartments

The Zoning Board of Appeal tomorrow considers a request from the owner of 25-29 Poplar St., currently a single-story building that is home to a barber shop, beauty salon and a boutique, to add three floors with nine residential units. Read more. 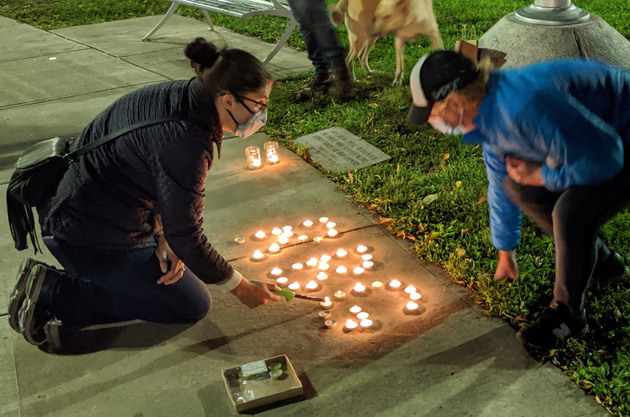 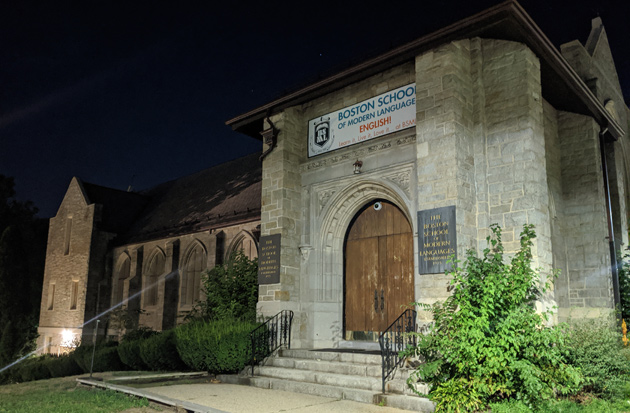 The owner of the one-time church turned school of English behind the Roslindale Village commuter-rail stop has sold it for $2.28 million to an academy based in the Longwood Medical Area that prepares bright but under-educated Boston eighth graders for high school. Read more. 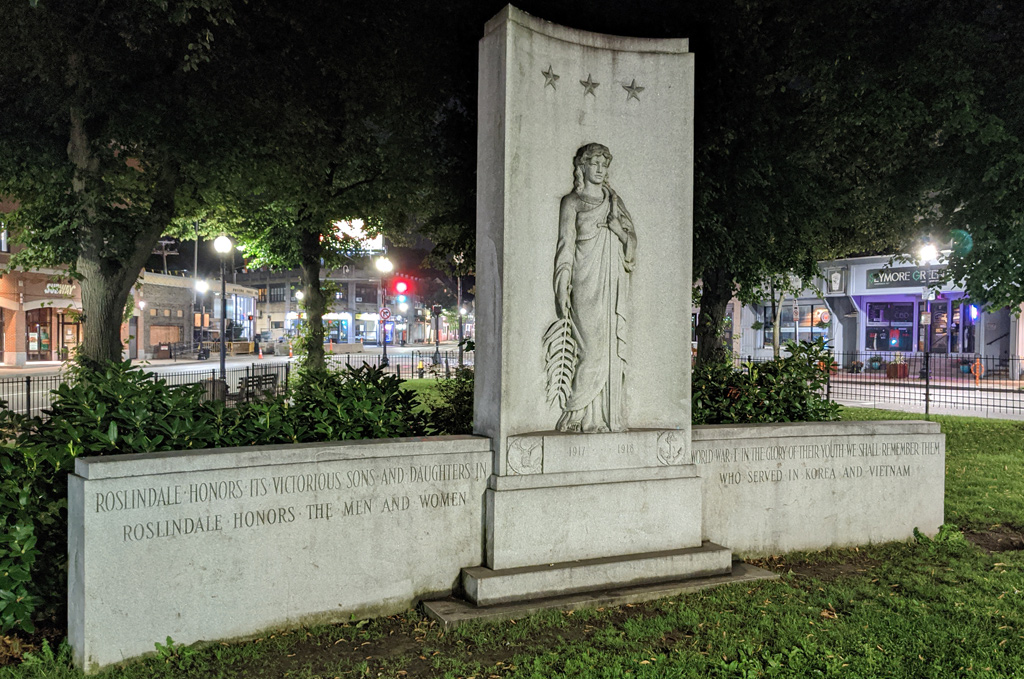 At one end of Adams Park in Roslindale Square is a mournful memorial to local service members who died in battle in World War 1, the sort of men we learned today the president scorns as "losers" and "suckers", men he's not even sure fought on the right side in that war. Read more.

Turtle Swamp Brewing announced today that it's re-opening its beer hall in the Roslindale Substation on Friday, noon to 10 p.m., but with more limited capacity, so it's suggesting calling ahead for reservations.

Roslindale Village Main Street announced this morning that the short section of Birch Street between Corinth Street and Belgrade Avenue was shut this morning to get it ready for patio seating for the restaurants along Birch and Corinth streets. Read more.

Hundreds turn out for boisterous vigil in Roslindale 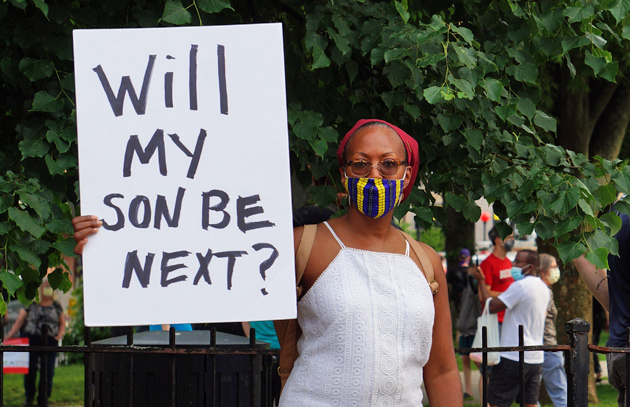 People socially distanced themselves as much as possible inside Adams Park and along Washington, Poplar and South streets in Roslindale Square this afternoon for a neighborhood vigil for George Floyd and Breonna Taylor and to show that black lives matter. Read more.

Roslindale farmers market to re-open for the season on Saturday, but with major limits on both vendors and shoppers

Roslindale Village Main Street is announcing that the Adams Park farmers market starts up again this Saturday with "a new grab-and-go format with pre-packaged essentials" and other Covid-19-related changes: Read more.

A hair salon and a barbershop in Roslindale Square have posted what customers can expect as they try to get their hair tamed after two months without a professional's care. Read more.