The Red Sox announced today that they have, as they say, parted ways with Alex Cora over the Astros sign-stealing scandal: Read more.

Will the Sox need an interim manager this spring?

Ian Browne reports the Dombrowski era at Fenway Park is over.

Sportsball team runs up score against opponent; Shaughnessy is outraged, no?

It's ancient history by now, of course, but way back in June, Tomato Can Dan got his knickers in a bunch when an American team ran up the score against an opponent. That's just not fair, and it's so unseemly, he thundered about the US women's soccer team. This morning, Rev. Laura Everett wonders: Read more.

Via the Red Sox, David Ortiz's wife, Tiffany, reported today that Big Papi needed more surgery this week to deal with complications from his gunshot injuries.

David is recovering well and is in good spirits.

RIP Bill Buckner. Here's a tear-inducing clip of him returning to Fenway on Opening Day in 2008 to thunderous applause. pic.twitter.com/MMW78UVk1H

J. Alain Ferry reports from Fenway Park tonight that some Trumpies unfurled a Trump 2020 banner from the upper deck and that maybe 20 seconds later, some fans in the deck below ripped the thing down.

WBZ updates the list of Red Sox personnel who won't be meeting with Dear Leader this week.

The Joy of Sox updates the count of players who have better things to do than pose for photos with Dear Leader.

Wait, knuckleballers feel like they have to take PEDs?

Apparently so, although possibly not intentionally. 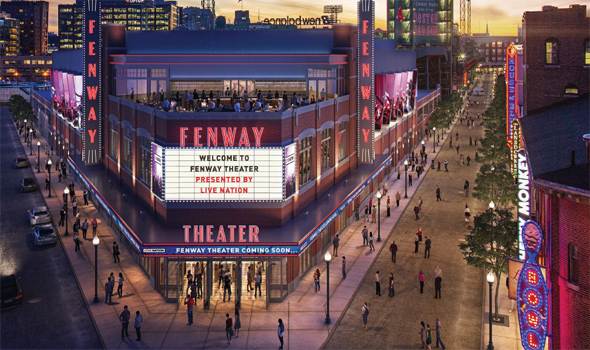 The Red Sox last week filed their formal plans for a four-level performing-arts theater behind the Fenway Park outfield that can hold up to 5,400 patrons at once. Read more.

All that and Truck Day, too

Do Damage doing damage outside the baseball diamond

Paul Levy says he's sure the Sox, whom he loves, meant well, but that it's time to retire the Do Damage motto because its use is spreading in ways the Sox didn't intend: Read more.

Police report total of six parade-related arrests, four of them of people from out of town

Boston Police report six arrests during the Red Sox rolling rally - including the guy charged with hitting Alex Cora with a can of beer. Read more.

Leaving is always the hardest part; long delays at North Station to start

"So much for getting home early for Halloween," T.J. Winnick sighed upon seeing the line just to get into North Station, never mind to his train - a line that stretched down Causeway past the Tip O'Neill building.

About 15 minutes earlier, the line only reached back to almost Portland Street: Read more.

The Sox take a victory lap 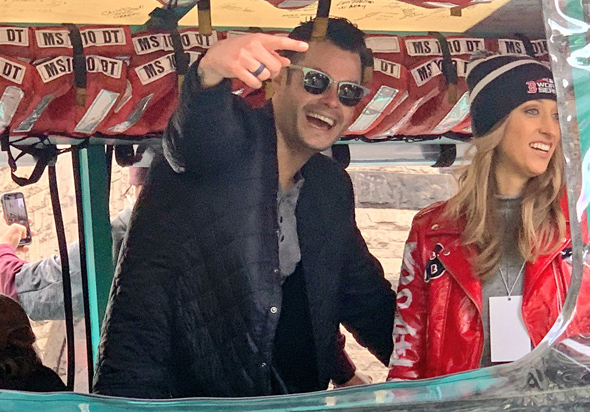 Martin Lieberman was among the tens of thousands who lined Boylston and Cambridge street to watch the Red Sox rolling rally today. Among the people he spotted: Relief pitcher Joe Kelly and 2004 star Pedro Martinez. Read more.

Maybe he meant well, like other people at the rolling rally tossing beers up to Red Sox players, but whatever the intent, Boston Police report a Sandwich resident faces arraignment on charges that include assault and battery with a dangerous weapon for an incident during the parade on Boylston Street in Copley Square around 11:40 a.m.

Officers placed the suspect in custody after observing him throw an unopened can of beer at one of the Duck Boats, striking an adult male party on board. The victim was not injured as a result of the incident.

Cliche is true: Only person arrested during Sox celebrations is from out of state

Boston Police report arresting just one person early this morning for allegedly getting out of hand after the Sox won the series.

And the parade will be Wednesday morning

Starts at 11 a.m. at Fenway Park, goes down Boylston to Tremont up to Cambridge to New Sudbury. There will be NO rally at City Hall Plaza. Read more. 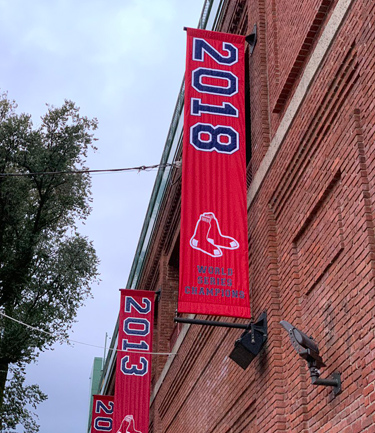 KMV shows us the newest banner hanging from Fenway Park this morning.