Somerville gets a new news outlet

The Boston Institute for Non-Profit Journalism has launched Somerville Wire to cover the city of 80,000. 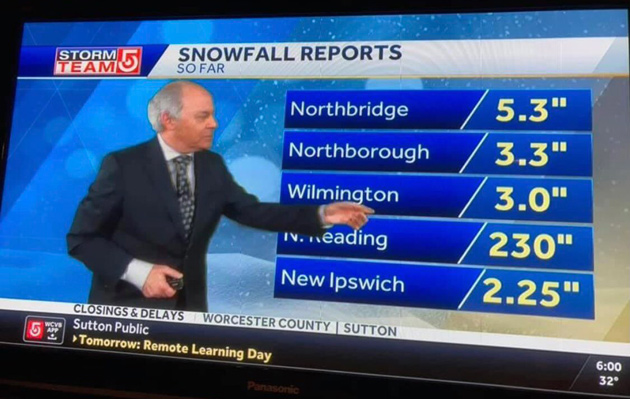 BOSRocks forwards this screen capture of Harvey Leonard and some snow totals tonight. Why, that's nearly 26 on the Pete Bouchard meter.

Columnist leaves Globe to strike out on his own

Dan Kennedy reports Globe opinion columnist Michael Cohen is leaving the Globe to start his own newsletter on the Substack platform. 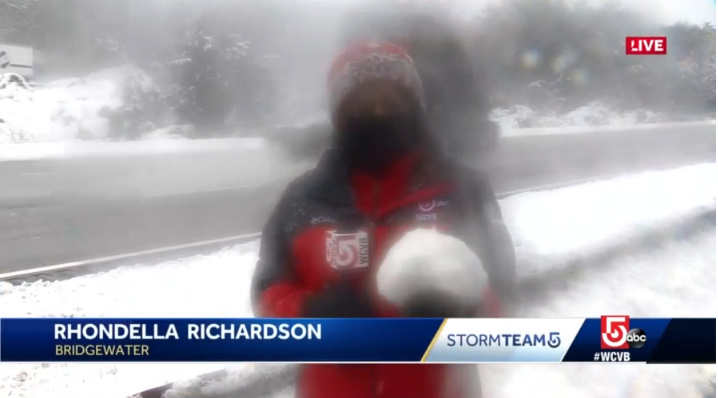 Channel 5's Rhondella Richardson hefted a snowball of unusual size for her reporter-in-the-snow report in Bridgewater for the noon newscast.

WBZ dispatched grizzled reporter Bill Shields down to Hyde Park today in search of the unstuffed murderbird rampaging through the Westminster Avenue area. Fortunately, because of Covid-19, Shields was equipped with a microphone on a boom, with which he was able to fend off the angry avian long enough to make his escape.

Soldiers Field Road landmark signs off for the last time 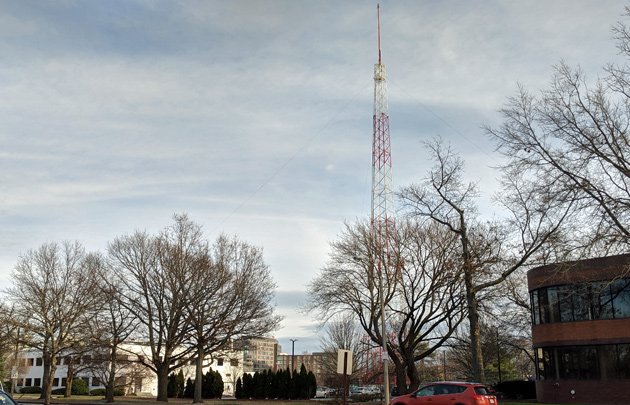 Earlier this month, WBZ tore down the antenna that had towered over Soldiers Field Road in Allston since its construction in 1950. Read more.

Globe loses an editor to the Times

Dan Kennedy reports that Nestor Ramos, who just recently got on the Globe masthead, when he was named senior assistant managing editor for local news, is leaving to become an assistant editor at the Times metro desk. Kennedy quotes a memo from Globe Editor Brian McGrory, who says the Times grabbing Globies is "getting old," here we thought the Globe was the Washington Post farm team.

Matt Conti reports he will be winding down his work on NorthEndWaterfront.com and he and his staff will stop posting new items altogether in January. 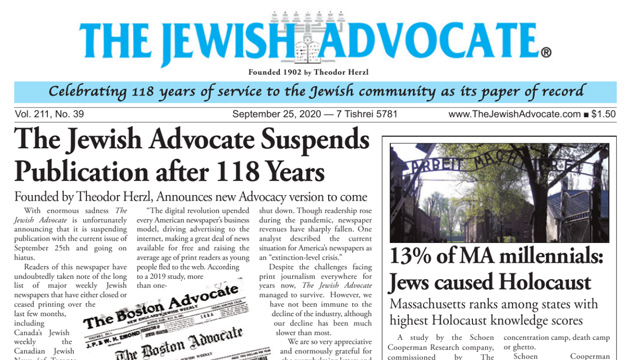 The Jewish Advocate announced this week that its issue this week will be its last in print. Read more.

GBH and WBUR, which still likes its W, will team up to provide local news for an NPR podcast about, well, local news. Read more.

Boston Magazine has a funny definition of 'Boston'

The service magazine is out with a list of "the best public high schools in Boston," which includes such notable Hub schools as Chelmsford, Winchester, Dover-Sherborn, Lynn Classical and Pentucket Regional.

From now on, the W in WGBH is silent

WGBH announced today it's changing its official name from WGBH to just GBH because we live in an online world and they're just a media source in it. Read more. 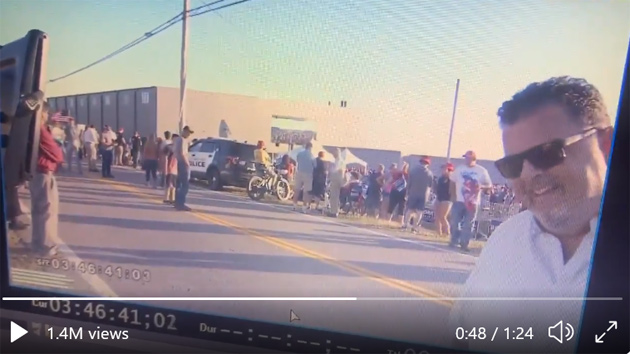 Threat maker seemed to enjoy himself as "Macho Man" played in the background.

Alex DiPrato at Channel 7 reports State and local police in New Hampshire are investigating an incident in which guy came up to him and his cameraperson outside the Orangefest in Londonderry yesterday and threatened to blow up the two "motherfuckers," maybe that night. Read more.

Phantom Gourmet back on air, but with the less vile brother

WBZ reports the restaurant-chatter show is returning to TV, but only with Dan Andelman, not Dave Andelman and with paid advising by former Boston City Councilor Tito Jackson on how to not just be less racist but help support minority-owned businesses.

Remember when the Boston Herald was based in the city it's named for?

Dan Kennedy reports the Boston Herald has apparently moved out of its Braintree offices and is now sharing space with the Lowell Sun - in Lowell. The former Herald offices in Braintree are now being used by a religious substance-abuse organization. As at many other papers, staffers have mostly been working remotely of late anyway.

The Boston Business Journal reports the city magazine has laid off 2 of its 20 newsroom staffers and furloughed 2 others, after having tried pay cuts and two weeks of unpaid leave - on top of getting one of those federal PPP loan/grants.

According to the NYT the Venice Film Festival just announced its lineup (festival runs from Sept 2-Sept 12). One of the entries is a new documentary by Frederick Wiseman called City Hall- a film about Boston City Hall. Read more.