In Jamaica Plain, a little girl misses her stuffed pig 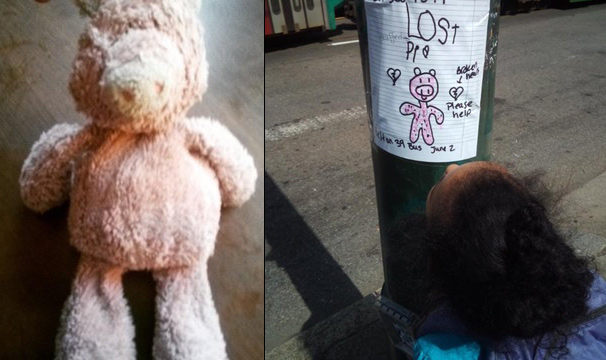 Please help my little friend, M, find her Mary Pig. She is heartbroken. Last seen on the 39 bus Sunday.

They never promised the new Forest Hills busway would be waterproof 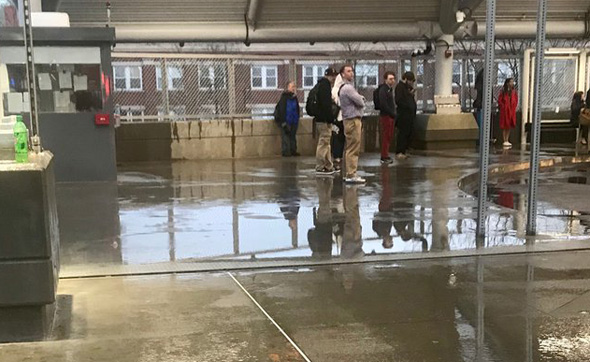 Dalgonon snapped the new upper busway at Forest Hills during the rain today shortly before 6 p.m. - probably making lower-busway riders jealous with how little water there was. In any case, the T promised to take a look. 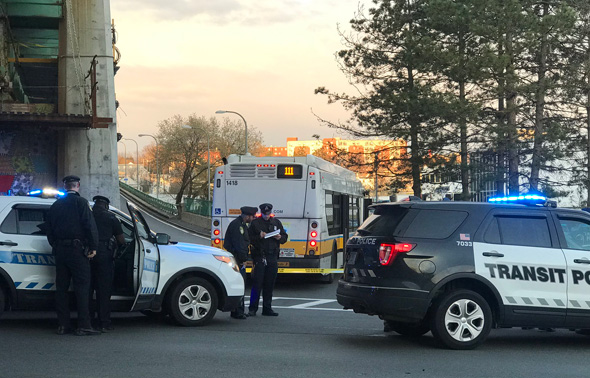 NBC Boston reports on the death around 5:40 a.m. on Everett Avenue, involving a Route 111 bus and a 60-year-old local resident. 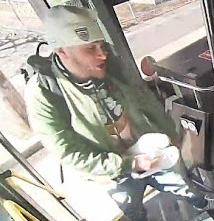 Transit Police report they are looking for this guy for some major damage they say he did to a T bus on North Beacon Street near Market Street in Brighton around 10:10 a.m. on March 23.

Subway, commuter-rail fares to go up, but bus rides will cost the same

Boston Magazine has the details of the new fares to go into effect on July 1. Senior and student passes are also not going up.

Boston City Councilor Michelle Wu (at large), who fought the increases, said she's glad to see at least some of the fares not go up. She said she and Councilor Kim Janey (Roxbury) will now fight to eliminate fares on the 28 bus route along Blue Hill Avenue between Mattapan and Dudley squares. Read more.

Man learns nobody needs to see his junk

Transit Police report arresting an Allston man on charges he kept baring his genitals in the direction of teen girls on buses and on the Red Line in Dorchester. Read more.

Mayor Walsh today announced a set of initiatives to make Boston roads safer and less clogged that include lowering the default citywide speed limit from 25 to 20 m.p.h., dedicated bus lanes on Brighton Avenue in Allston and North Washington Street along the North End, special pickup/drop-off lanes for Uber and Lyft cars - but also rush-hour surcharges for riding in them - and free T passes for all students in grades 7 through 12, regardless of whether they're BPS students. Read more.

The MBTA today released a ton of proposals to change its bus routes, including one of the longest routes in its system: The 34/34E that runs from Forest Hills all the way to Walpole. Read more. 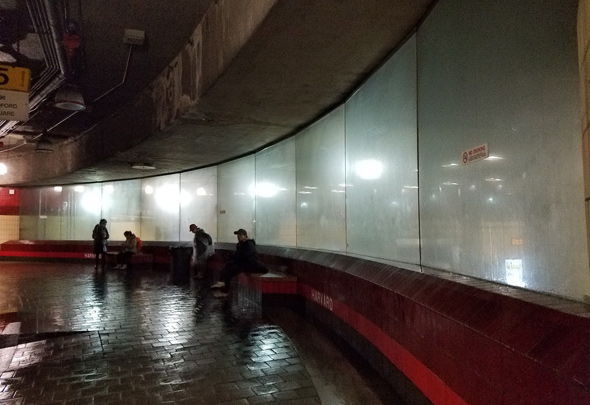 Maria M. captured the mood in the Harvard Square bus station when things got all fogged up on Thursday.

Silver Line to get some buses that run solely on electricity 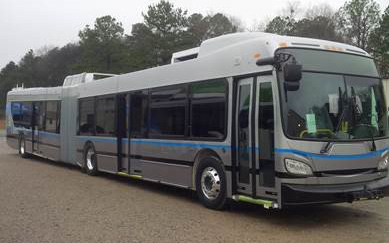 The MBTA reports it plans to pilot electricity-powered buses on the Silver Line starting later this winter. Read more.

Even though there were numerous people on the bus at the time, Franklin's killer was never identified. Transit Police are asking "anyone with information, however slight," to contact them with information about his killer, by calling detectives at 617-222-1050 or by sending an anonymous text to 873873.

The Chelsea Record reports MBTA and Massport officials now acknowledge the constant raising of the Chelsea Bridge for ships even during rush hour is screwing up Silver Line and other bus service and commuters and that they are hoping to convince the Coast Guard to go along with a pilot plan to bar most maritime traffic - but not oil tankers - under the bridge for two hours in the morning and again in the late afternoon.

Gleaming in the night at Forest Hills

Forest Hills and Arborway chronicler Clay Harper took a walk around the Forest Hills MBTA station last night to look at the additions, including the new entrance across the Arborway from the main station and the new upper busway and its all important canopies. Read more.

Police: Man throws rock at T bus driver who kicked him off a bus at Mattapan station

Transit Police report arresting a Dedham man they say screamed racial epithets at a Route 30 driver and then threw a rock at him, hitting him, after the guy was kicked off the bus for not paying his fare Saturday afternoon. 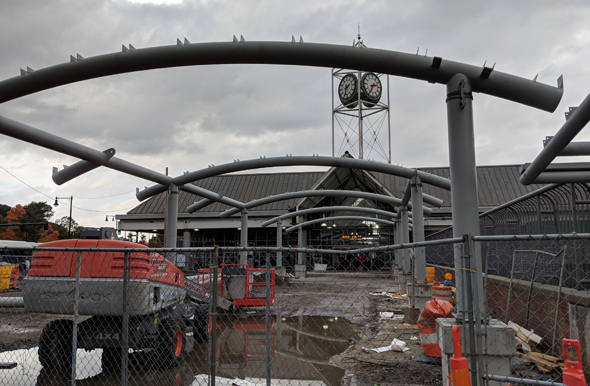 Work's started on another permanent canopy for the upper busway at Forest Hills, this one to cover the walkway to come between the station and the new main bus area, where a much larger canopy is still under construction.

Bus mistakenly took a trip up my cul de sac and got stuck on my dead end street. They called in an Inspector, the Transit Police, and an expert bus driver to back it up and out. pic.twitter.com/YQodxGspPa 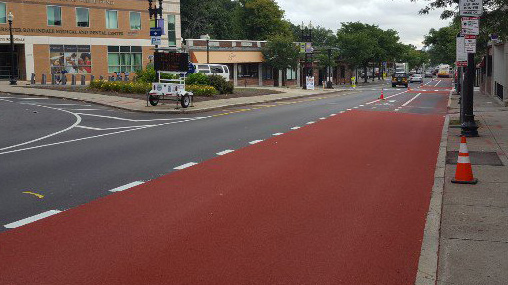 Sometime overnight, a city crew painted the town red - or at least the morning bus/bike lane from Roslindale Square to Forest Hills - as BNF shows us.

The lane, in effect since June, requires people to move their cars before the morning rush hour so that commuters on all the buses that funnel down Washington Street from Roslindale, West Roxbury and Mattapan, along with bicyclists, can get a faster ride to the T stop.

Don't you hate it when you run out of Web fluid and have to take a bus? 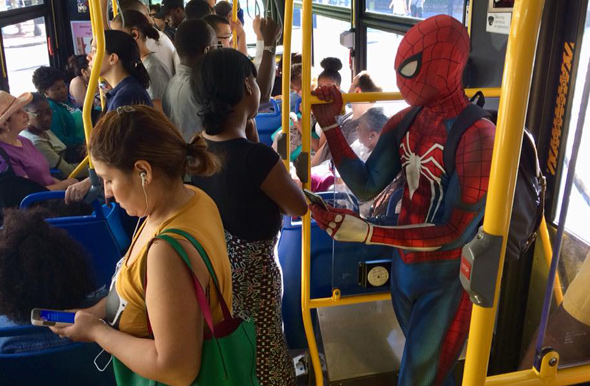 Checking his calendar for his next appointment with Doc Ock.

Chris Helms proves it's true what they say about the 34 and 40 buses in Roslindale - you never know who you'll run into.

MBTA bus farebox repairman charged with stealing $80,000 from the devices

Transit and State Police report arresting a Dedham man they charge stole $80,000 from bus fareboxes on routes out of South Boston.