The East Boston Community Soup Kitchen, which served free meals every Tuesday, reports it had to turn away people who were already in line: Read more.

Driver slams into pedestrian in East Boston, keeps on driving

The MBTA today extended the Blue Line shutdown between East Boston and downtown until at least Tuesday, in part due to a derailment of a "construction tool cart" near Airport during repair work earlier this week. Read more.

The city today announced a program called Solarize Eastie aimed at getting more solar panels on local roofs through discounts and other incentives. Read more.

The MBTA announced today that the Blue Line shutdown between Airport and Bowdoin has been extended until May 13 so workers can "complete additional work and finish scheduled work" in the tunnel. Expect delays on the alternative shuttle buses and ferries.

Gigi Coletta, Lydia Edwards's chief of staff, will replace her on the city council

The Boston Licensing Board today approved food-serving licenses for the Public Coffee Co. at 182 Hyde Park Ave. in Jamaica Plain and the Well coffeehouse at 63 Kelly Square in East Boston. Read more.

Crappy old PlayStation forces evacuation of Terminal A at Logan

WBZ reports the PlayStation, in somebody's luggage, was in such bad shape it just looked weird on an X-ray and, being better safe than sorry, State Police ordered the terminal evacuated this afternoon.

Person rescued from fire on Bayswater Street in East Boston

Boston firefighters responded to 166 Bayswater St. in East Boston, where a fire in a room on the second floor was called in around 9 p.m. Read more.

Around 11 p.m., a man jumped off the Meridian Street Bridge between East Boston and Chelsea. Boston Police, State Police and Boston Fire boats converged on the scene. State troopers got to the man, who was swimming in Chelsea Creek, first and pulled him out of the water. He appeared to be physically fine, but they took him to the Coast Guard base in the North End to be check out by EMTs. The bridge was shut during the rescue operation.

GBH takes a trip up to Geneva Street, behind the Logan car-rental garage and peeks inside the crash pad that isn't a crash pad that ISD shut as illegal and unsafe this weekend.

At least one corner of the City that Always Sleeps is willing to accept food late into the night: The Boston Licensing Board today approved a request from Perros Paisas, 350 Bennington St. in East Boston, to stay open until 3 a.m. Read more.

ISD shuts East Boston garage that had been converted into bunkrooms for flight attendants; says place was illegal, unsafe 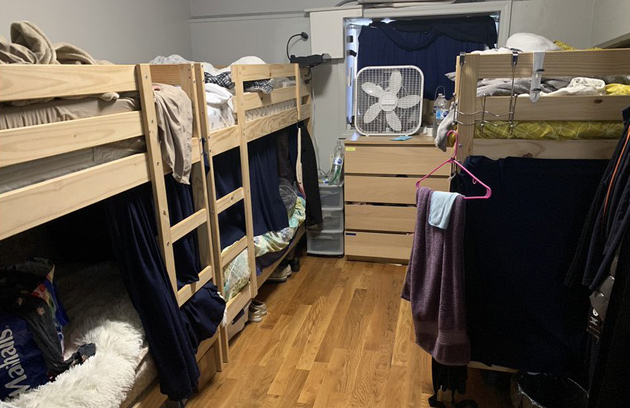 Boston ISD reports its inspectors yesterday shut an old garage that had been illegally converted into a two-bedroom apartment shared by up to 20 flight attendants on the dead-end side of Geneva Street behind the Logan Airport car-rental garage. Read more.

The East Boston Times-Free Press reports on a volunteer effort to plant 100 trees in East Boston this spring as part of an effort to increase the neighborhood's tree count closer to that in Boston's leafier neighborhoods. 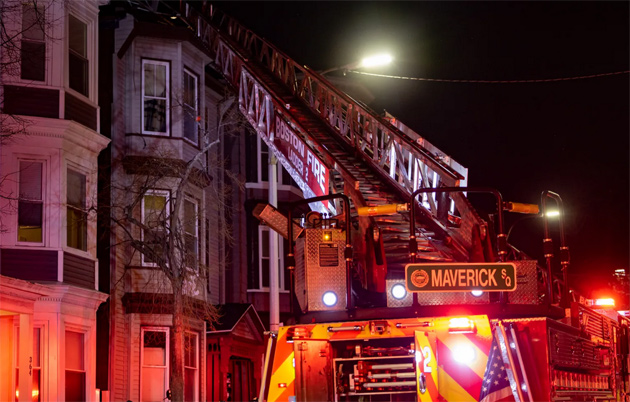 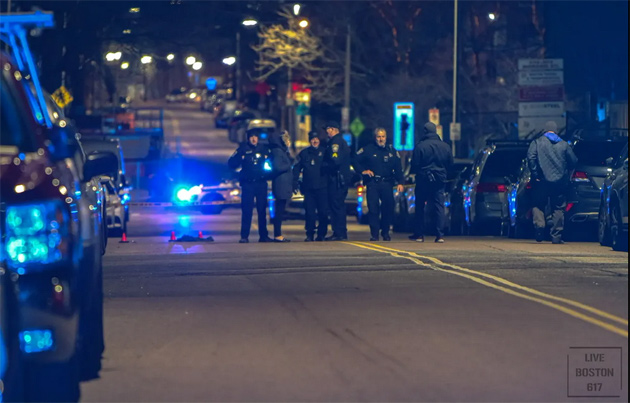 Live Boston reports two men were shot on Border Street near the Shaw's around 2:30 a.m. The homicide unit was called in due to the severity of one of the victim's injuries.

The T reports Blue Line delays of up to 30 minutes "due to a signal problem caused by a National Grid power failure."

30 minutes? One rider reports it took an hour to get from Wonderland to Suffolk Downs.

Boston Police report that Alvaro Larrama, 39, of East Boston, turned himself in this morning at the A-15 police station for the stabbing murder of Daniel Martinez, 23, on Union Street Saturday night. Read more.

Contractor cited after two of his workers died in a downtown trench cited again, for East Boston issues

The East Boston Times-Free Press reports on the latest OSHA investigation into Laurence Moloney, this time for conditions at a residential project on Crestway Road in Orient Heights. At least this time, nobody died.

Two shot on Border Street in East Boston, 3/23/22
Man shot, critically injured in Orient Heights, 1/23/22
Man found dead in a car on Shelby Street in East Boston, 12/16/21
Man charged with Blue Line stabbing last month, 8/29/21
Man charged with slicing jogger on East Boston Greenway in August, 8/20/21
Man sought for attempted East Boston kidnapping, 7/7/21
Police: Slippery-fingered man drops loaded gun during East Boston fight; intended victim's mom picks it up and tries to flee, 3/7/21
If you have a stolen AK-47 in your apartment, it might make sense not to lob snowballs at cops four floors below, East Boston man learns, 2/21/21
Police say five armed guys were huddled in a Maverick Square courtyard when one pointed a gun at officers, ran, was cornered, pointed the gun again, then slipped in the snow, 2/9/21
Pair sought for robbery at Wood Island Blue Line stop, 1/8/21