Shortly before 8:50 p.m. at Westview and Ames streets, Stanley Staco reports. One victim was transported to a trauma center, the second made his own way to a local hospital. 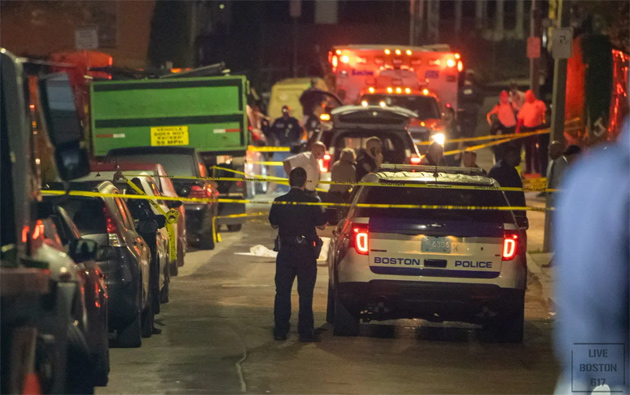 Live Boston reports an incident outside 22 Glendale St. in Dorchester around 2:40 a.m. ended with one police officer stabbed and a man in his 40s fatally shot. Read more.

Jeep slams into pickup on the Expressway, both burst into flames, traffic snarls into gridlock 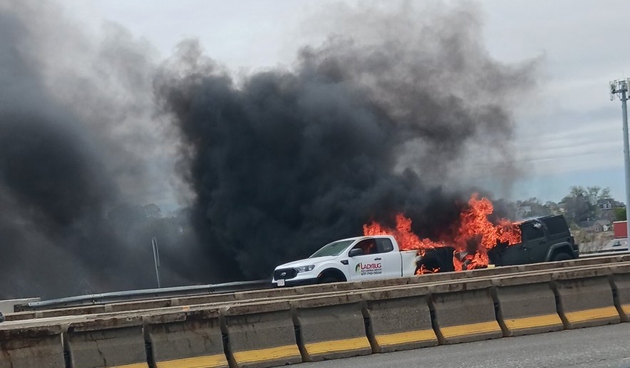 Heading north on the Expressway, Kevin Tinsley captured the flaming remains of a pickup rammed into by the driver of a Jeep near the Neponset Circle exit early this afternoon, creating a jam up that left 93 south at a standstill as police closed the road to allow firefighters to douse the flames. Read more.

The Zoning Board of Appeal today approved plans to turn half of the old dentist's office at 389 Neponset Ave., near Minot Street, into an ice-cream shop called Lazy Bear. Read more.

The Zoning Board of Appeal today approved plans by the non-profit VietAID to build a four-story, 36-unit apartment building for senior citizens at 25-33 Hamilton St. in Dorchester. Read more.

The Zoning Board of Appeal today rejected a proposal to couple the erection of a digital billboard in the backyard of the Polish-American Citizens Club on Boston Street, overlooking the Expressway, with the elimination of three existing billboards elsewhere in Dorchester. Read more.

Coach Julio talked to a couple of organizers: Read more.

Make way for goslings on the Expressway 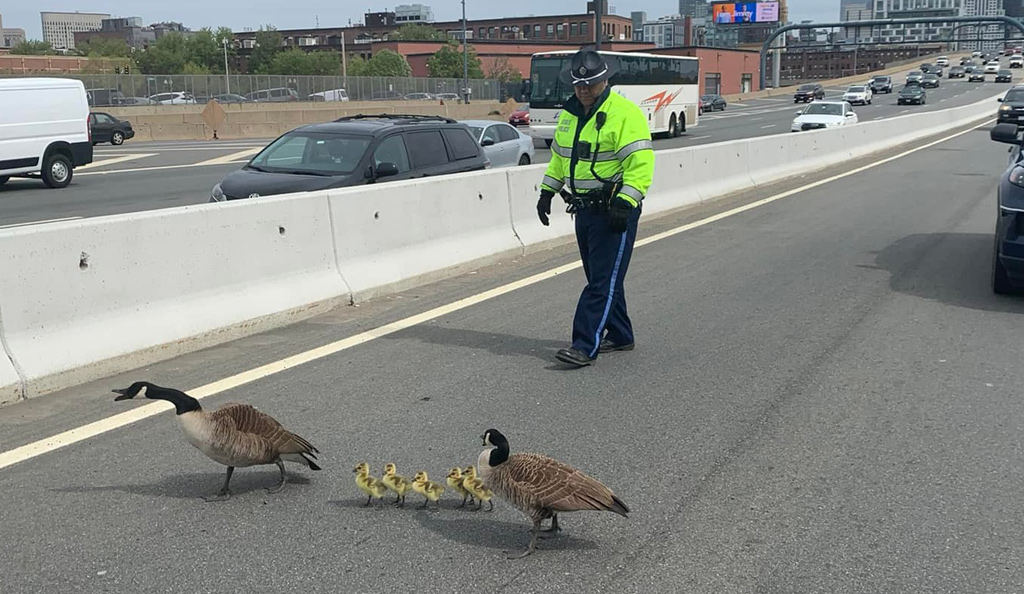 State Police posted photos from a rescue mission in the HOV lane on the southbound Expressway in Dorchester, where a pair of geese and their new brood found themselves trapped today. State troopers and Boston animal-control officers managed to round up the wayward birds and get the to somewhere safer.

15-year-old on foot, two adults in a car were wandering around Dorchester with loaded guns, police say

Boston Police report arresting a 15-year-old at 156 Washington St. after they spotted him and another guy break away from a group of guys just hanging off when they pulled up. Read more.

Fields Corner bakery hopes to replace the liquor license it gave up at the height of the pandemic; would use it to restart evening events 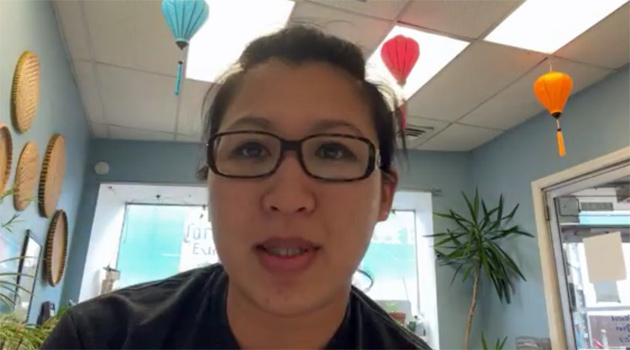 Annie Le makes the case for a liquor license.

As the pandemic decimated the restaurant business, Home.Stead Bakery and Cafe in Fields Corner gave up its liquor license to try to save some money. Read more. 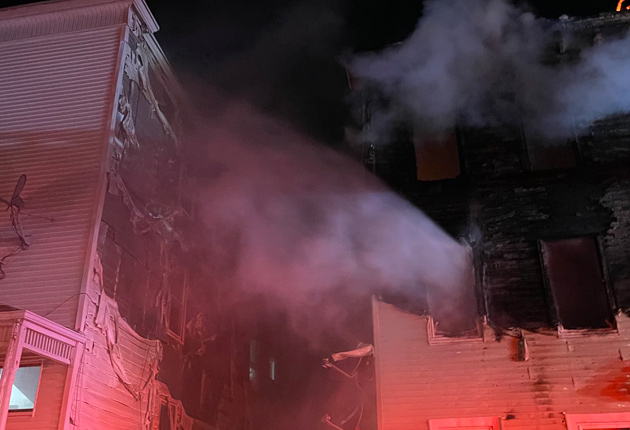 Boston firefighters responded to 21 Leedsville St., between Adams Street and Dorchester Avenue around 9:45 p.m., for a two-alarm fire that jumped to the houses on either side. Read more. 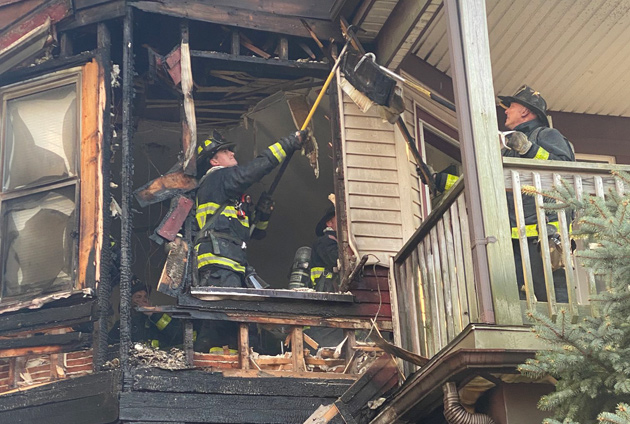 The Boston Fire Department reports firefighters responded to 42 Wayland St. for a fire around 6:40 p.m.

Three adults and five children were displaced, the department says, adding that firefighters could not save two dogs in the house.

Transit Police report arresting the man they say got on the Red Line at Ashmont last Thursday, carefully took off his pants and underwear, then got off before leaving the train at Savin Hill.
Read more.

Dunk's rage: Denied her special Coolatta in drive-thru, woman screams at worker, then barges into store and knocks over Coolatta machine, police say

A woman outraged she couldn't get "a multicolored Coolatta beverage" at the Dunkin' Donuts at 456 Blue Hill Ave. in Grove Hall Monday evening got all heated and now police want to put her on ice. Read more.

Dorchester man charged with punching pregnant girlfriend repeatedly in the face and stomach, then lifting her and throwing her to the ground after an argument over a TV remote

A Dorchester man was arraigned yesterday on six counts of assault and battery of a pregnant woman, assault and battery with a dangerous weapon and strangulation of a pregnant woman after allegedly going berserk when his girlfriend at first refused to give him the TV remote on April 17, the Suffolk County District Attorney's office reports. Read more. 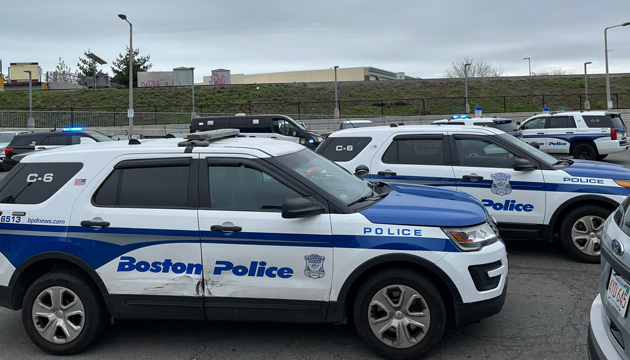 BPD responded in force to the train station. Photo by Night Ridah.

Man makes himself at home on the Red Line; a little too at home, police say 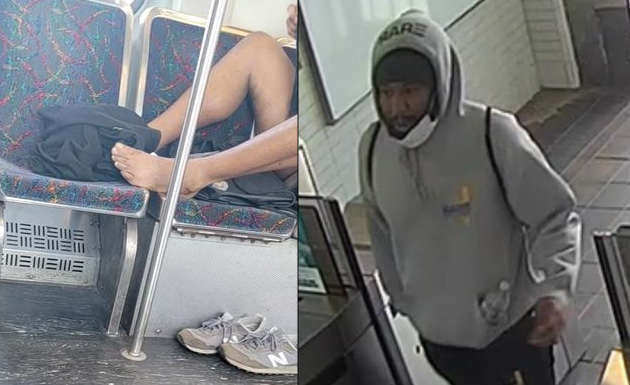 Transit Police are looking for a man they say got on the Red Line at Ashmont Thursday morning, then took off his pants and underwear and proceeded to "commit a lewd act," which police do not specify but which you can probably figure out. Read more.

Boston Police report that officers making their second call on a house party, complete with DJ, at 35 Dunlap St. in Dorchester last night spotted a guy who looked as if he might be packing a gun: Read more.

Hail of gunfire sends bullets into three houses, leaves streets littered with shell casings in area of Speedwell and Topliff in Dorchester

Around 9:10 p.m., several people opened fire, possibly in a gun battle, in the area of Speedwell and Topliff streets in Dorchester. Read more.