Angry driver smashes into pedestrian, utility box after slamming into car of guy he'd been arguing with in an East Boston bar, police say

State Police report arresting a Chelsea man for some major closing-time street carnage at Bennington and Porter streets this morning that they say left an innocent pedestrian rushed to the hospital, a tree knocked down and a utility box, light pole, bench and his own car and his alleged opponent's car heavily damaged.

WCVB reports the incident started as a heated argument inside a bar a few blocks down Porter around 2 a.m. that spilled into the street, where the verbal jousters both got into their cars.

State Police say that troopers arrived on scene in time to see a drunken Adelmo Rodriguez, 47, of Chelsea, trying to free his Corolla from the utility box his car wound up stuck to after he'd driven in reverse into it - and that he directed his anger at them:

As Troopers arrived, the driver was attempting to dislodge the vehicle by aggressively accelerating forward and backward and in the direction of the troopers.

Preliminary investigation indicates a pedestrian had been struck and was located lying on the sidewalk. Boston EMS responded and transported the pedestrian to an area hospital for injuries. A second vehicle was also struck and located with heavy damage rendering it inoperable. The occupants of that vehicle were not injured.

State Police and WCVB report that in addition to the other car, the pedestrian and the utility box, Rodriguez also took out or damaged a light pole, a tree and a metal bench.

State Police add that Rodriguez eventually complied with troopers' demands to get out of what was left of his car and lie on the ground so that he could be arrested on a variety of charges: Attempted murder, assault with a dangerous weapon, OUI, two counts of assault and battery on a police officer, reckless operation, leaving the scene of an accident causing personal injury, leaving the scene of an accident causing property damage, resisting arrest, threatening to commit a crime, driving without a license and marked-lanes violation.

It's satisfying to see that

It's satisfying to see that long list of charges. These homicidal drivers need to be in prison, otherwise they will just get behind a wheel and injure or kill people again. Drivers are the greatest danger to cops. Much more so than gangs or terrorists.

"Drivers are the greatest

"Drivers are the greatest danger to cops."
What a load of crap. The cops I know disagree with you whole heartily.

It's obvious you're anti car, that's fine but stop with this nonsense.

More cops die on the road when people hit and kill them then die from criminal attacks.

Just because you don't want to believe it doesn't mean that Kinopio is wrong.

He doesn't know how cops get around.

I think when he walks by his local police station some day, he'll just freak out to find out cops, gulp, drive!

Driving without a license? All OK in Suffolk County.

Once again, the foundation of this entire disaster was the man operating without a license, a crime deemed so irrelevant in Chelsea and the rest of Suffolk County that it's not even prosecuted, allowing incidents like this to happen. Any immigration status on this attempted murder suspect? He may enjoy two disqualifiers from prosecution under the Rollins plan.

What does his immigration status have to do with this

I am so sick of the immigration status BS!!!!! Do you know how many US citizen driving around here with no license? Plenty!!! Ask me I know. I work in probation and I see lots of US citizens everyday in court charged with driving with no license. Give me a break.

And yet, in your heart

And yet, in your heart, you know he is an illegal alien.

It must be ALIENS 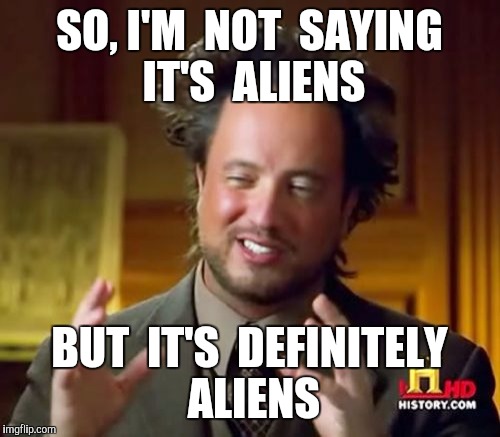 It doesn't matter what anyone's heart says, it matters what the facts are.

My heart is usually for

My heart is usually for feelings and my brain for knowing, and they aren't always the same.

Counterintuitive thinking can happen too.
What seems common sense is often bullshit.
Yes. It works in both directions.
What seems like bullshit is sometimes true.

Like I think you are kind of unpleasant person.
But my heart says you are capable of better.

My brain says you may even just be a fun-loving illegal alien troll.

Rollins said that she won't prosecute someone whose ONLY offense is a minor one. If you commit numerous crimes, even the minor ones will be prosecuted. You've YET AGAIN shoehorned multiple bullshit talking points into a discussion that has zero semblance of what you're complaining about because you can't see anything beyond your racist-addled conspiracy-laden viewpoints.

Has to think about how he was born on 3rd base and NOW HE HAS TO COMPETE WITH BROWN PEOPLE.

Don't you have to say your Proud Boy Affirmations in the mirror like mommy told you? 50 times a day - get to it!

Thank you for proving my point.

That fact that so far 9

miserable creeps have upvoted this bad faith horseshit is pretty sad, but I suppose not unexpected from the Howie Carr fan club.