Former police-union president charged in warehouse overtime scandal; the one who was turned out of office by the guy who now faces child-rape charges

Federal prosecutors charged today that after Thomas Nee lost re-election as president of the Boston police union, he joined a scheme at the BPD evidence warehouse in Hyde Park to put in for overtime for which he didn't work.

Nee, 64 and now retired, today became the 15th BPD employee to be charged as part of the Hyde Park overtime scheme, from officers to the captain in charge of the warehouse. Charges began in 2019, when nine were indicted.

At the same time he was formally charged in federal court today, Nee submitted an agreement to plead guilty. A hearing on the agreement has yet to be set.

According to the US Attorney's office, Nee made roughly $16,642 in overtime for hours he didn't actually work between 2015 and 2019. Nee was president of the Boston Police Patrolmen's Association until December, 2014, when he lost a bid for re-election to Patrick Rose, who was arrested last year on child-rape charges.

As with other officers charged in the affair, the amount Nee earned in allegedly bogus overtime was a small fraction of his regular earnings. In 2020, his last year full time on the force, he earned $228,243.42 according to city records.

The tree is rotted.

And people who make 20%-30% of that figure are supposed to believe that police are “underapriciated”?

And a criminal record for what? An extra $4k per year? That’s $77 bucks a week. I’ve had some low paying jobs, but I never wanted an extra $77 per week bad enough to face prosecution.

We are not sending our best and brightest into civil service.

Come on, "the time slip had it coming to them" and "it's a very dangerous job and he had to act in a split second to write down those numbers" and "the accounting department smoked weed in 1994."

Why do you hate law and order?

I’ve always heard that duty at the Hyde Park evidence warehouse was “a very dangerous job”. If anyone deserved to take a little extra, it’s def the warehouse unit.

But don’t worry, everyone. I’m sure it’s just overtime slips, court appearances, and that one false domestic violence arrest report excusing a friend of a friend from missing work. Those are the only documents that BPD falsifies. I mean probably, more or less.

It's crazy, and speaks to the

It's crazy, and speaks to the greed and the deeply held beliefs that they are both entitled to the money and that they will never, ever get caught or punished.

And the cops wonder why

Deleted because Tblade got it up first.

…for more posts/comments on potential police corruption. Some things are worth repeating for those in the back.

Nee's son, then 17, was charged with three others with threatening to shoot up Marshfield HS.

The just charged Nee also used to drive around with a vanity plate that said BPPA. It is like the movie Copland on parts of the South Shore, only more pathetic.

Throw the book hard at him.

I thought of the MHS incident, too

The clearly-troubled son later died of an opioid overdose. Tragic.

There Was An Arrogance From the Elder Nee in the mid-2000's.

Any parent would come to their kid's defense, but in this case, it had the vibe of "I'm in charge at the BPPA, so this goes away, and that's that".

What was Nee actually hiding?

I don’t want to come off as excusing the kid’s potentially homicidal behavior, but scanning the details of the Boston mag story, elder Nee fits the description of an abuser. And the younger Nee picked up some vile racism and pro-Hitler sympathies—which may have been picked up from other shock lord a-hole teenagers. But the reader would also have to wonder what the kid’s mother and BPD father was teaching him at home for him to be so receptive to white nationalist talking points and propaganda. AMERICAN HISTORY X, anyone?

Did Nee even give a crap about his troubled son, or was he more afraid that his son was saying out loud all the vitriol that Nee spewed on the clock and at Pax Centurion editorial meetings for years?

Where are all Tommys political friends?

Tommy Nee was once considered a political heavyweight with friends in high places including the White House. Now he will be sent to the outhouse unless he can take down some higher ups.

To hear what Essaibi George plans to do about police corruption in Boston.

I don’t think “a few bad apples” quite covers it.

I think her position is that the problem is with people who weren't born and raised in Boston . 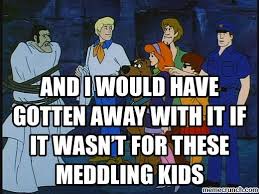 You can't reform this

Well, he can't say the $$ paid for therapy sessions for his son

That’s a classy comment. I read in this post that he may have died in an opioid overdose. Despite the corruption allegations against the father are you really proud that you made light of child dying from drug addiction?

Are you aware that the kid was plotting a Columbine style event?

His fathers corruption charge is pale in comparison, no?

Hard to believe there's a

Hard to believe there's a mayoral candidate wants to give these grifters even MORE money.

Four previously indicted BPD cops face additional charge related to Hyde Park evidence-warehouse overtime scandal
Developer still plans to replace two-family homes near the Fairmount train station with a single, larger building, but plans now call for condos instead of apartments
An entire line of family members grabbed a guy at a Hyde Park bar and beat him up
High-speed road-rage battle that started in Forest Hills ends in crash in Hyde Park
Feel good while doing good with acupuncture for a cause in Hyde Park.
Man charged with December shooting near Readville train station