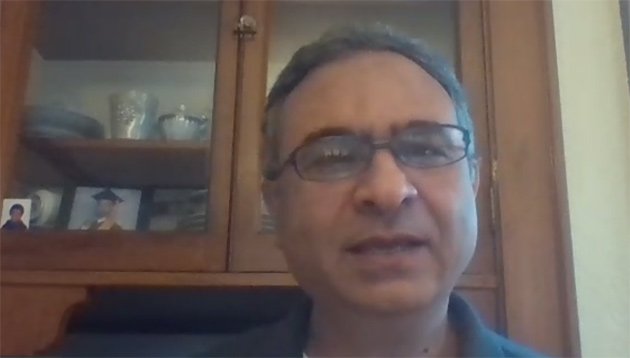 The owner of Eagle's Deli, 1918 Beacon St. in Cleveland Circle, could find out tomorrow if the Boston Licensing Board has any beer-and-wine licenses left to dole out and, if so, whether he can get one.

But that was because Osmani spent most of his time discussing the role the deli plays in the community, as a place where even tourists wind up, along with local professionals, construction workers and retirees, all of whom have been dining at Eagle's for years, and who sometimes even have their wedding anniversaries there. He added that many Boston college students stay in Boston after graduation and begin families - whom they bring for meals at his deli.

Osmani said a growing number of whom asked him to try to get a license so they could relax with a glass of wine over a meal, especially after "a long stressful day of work." He said he has a stack of "so many letters" of support.

And now, with the pandemic, he said, beer and wine sales would help the deli continue, noting he offers summer internships to local students and discounts to veterans. He said he would hire two new managers related to beer and wine sales.

If the board does not have any beer-and-wine licenses available - the city is under a state-imposed cap on the total number of licenses - Osmani could either wait and hope one turns up or try to acquire one on the open market, which could cost him tens of thousands of dollars, in addition to the board's annual fee. The board will decide on his application at a meeting tomorrow.

I am curious what the liquor

I am curious what the liquor license situation is right now with so many places closing up. They must be flooding the market with licenses and driving those prices down right?

They have pictures on the wall (at least they used to)

of people who managed to eat some of their crazy large meals they had.... Might have made it to the wall of fame myself. I'd definitely go back if they did the same for drinks!!!!

I live nearby and go there maybe once a month pre-pandemic. Every time, the man in the photo says "hello" and when I'm done with the meal he asks if everything was good. He does that with everyone, it seems. I wish him good luck, he seems to know how to treat his customers well.

Love that frozen water
BC has another Covid-19 uptick; warns students to knock it off with the parties
Brighton physical therapists charged with insurance fraud
Ambulance flipped on side in Brighton crash; three workers suffer minor injures
Judge clears way for trial of BC student for boyfriend's suicide
Boston to pay Brighton family $500,000 to settle suit over way police with a 'no knock' warrant smashed into their apartment and detained them and one of their children by mistake