Eversource reports the power died in Oak Square around 7:45 p.m. As of 10:25 p.m. there are more than 1,800 homes and businesses without power. Residents report it came back just after 10:35.

Women in Oak Square under attack

Whoa, cool your jets there, pizza man, you can't just roll into the City that Always Sleeps and start serving late-night pies

The Boston Licensing Board today told a newly arrived pizza place in Oak Square that it would be willing to consider its request to stay open until 2 a.m. - but in another few months, to give the neighborhood a chance to see just what kind of place it really is. Read more.

Oak Square residents shall never see a poem as beautiful as a tree, because a developer just chopped the tree down 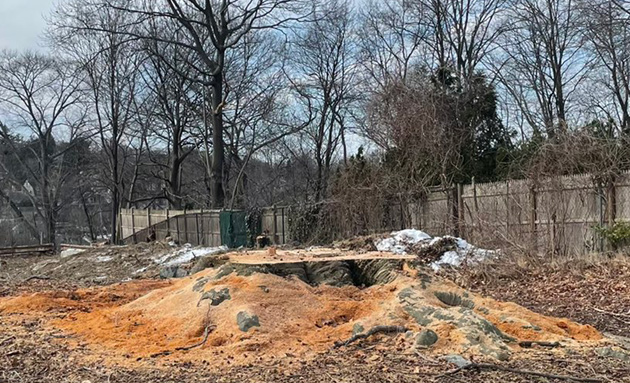 Wood chipper was busy this week.

Brad Squirrels was among those who attended a rally outside the former Presentation Church on Washington Street in Brighton this morning where a developer tore down a 150-year-old birch tree on the edge of the property. Read more.

Water back on in Oak Square, BWSC says

Kirk the cat returned to owner. Photo by BFD.

The Boston Fire Department reports firefighters responded to 572 Washington St. for what turned into a two-alarm fire around 1:30 p.m. Read more. 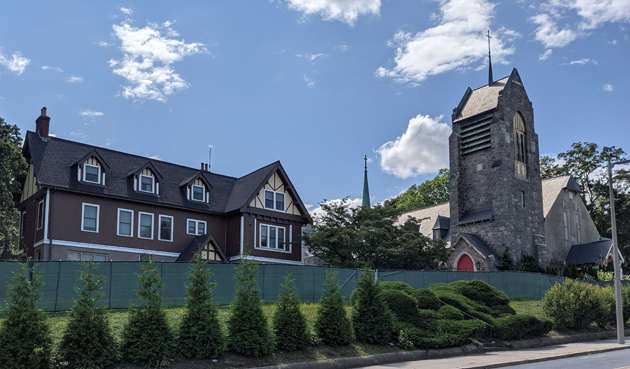 Our Lady of the Presentation rectory and church.

A West Roxbury developer has paid St. John's Seminary $4 million for the former Presentation Church and its rectory and parking lot on Washington Street in Brighton's Oak Square. Read more.

Police report they arrested Nicholas Antoine of Roxbury with the help of the US Marshals and Jonesboro police on Friday. 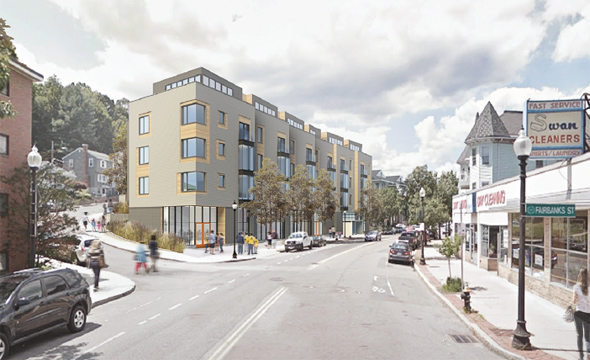 Encore Properties of Newton, which owns several buildings on Washington Street at Langley Road, has filed plans to replace them with a five-story, 37-unit condo building that would include ground-floor retail space. Read more.

Sept. 5 was last call at the Last Drop for one Oak Square man after a series of incidents that left him with a bloody, possibly broken nose and a bartender losing his job there. Read more.

Boston Police report they are looking for Nicholas Antoine, 20, for the murders of Jeffrey Montaque and Wilfred Peters on Faneuil Street in Brighton's Oak Square on June 30. 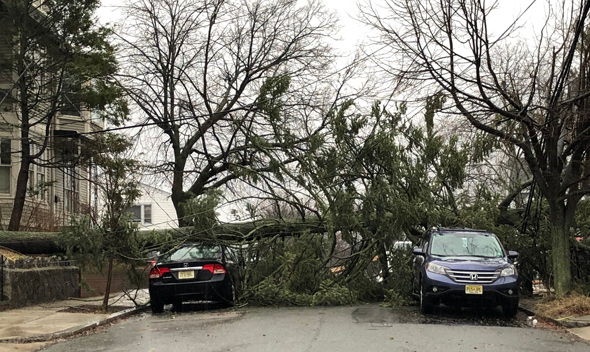 Tom Crowley snapped this tree near Oak Square in Brighton.

Developer Jim Keliher had two pieces of good news for members of the Brighton-Allston Civic Association last night: He's decided to sell the 62 units at his new two-building complex at 99 Tremont St. in Brighton as condos rather than rent them as apartments - and he will include language in the initial condo-association rules that purchasers are barred from renting them out on Airbnb and similar services. Read more.

Motorist plows into two pedestrians near Oak Square, drives away

WFXT reports on a crash on Washington Street at Dickinson Road in Brighton tonight that sent two women to the hospital. The driver may have abandoned his vehicle and fled on a T bus.

The driver did not appear eager for police to arrive 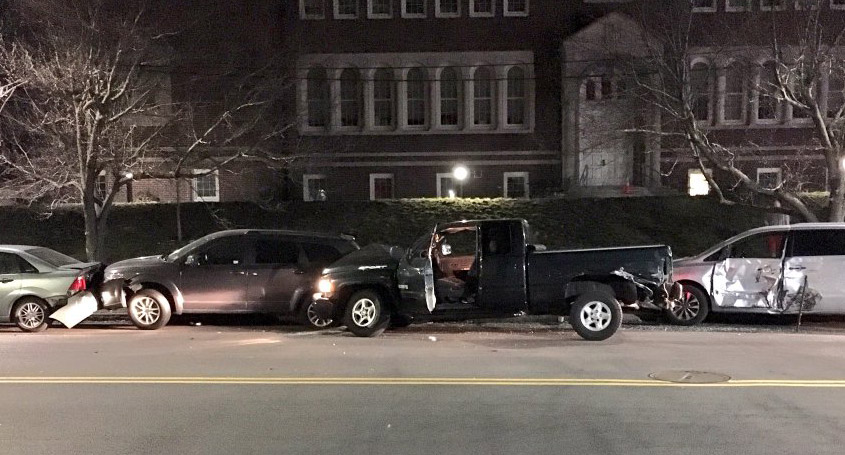 Shane Doherty shows us the aftermath of a multi-car crash in Brighton's Oak Square that involved just one driver:

The truck was flying and smashed into 4 cars, then the driver took off running!

Dog runs away after Brighton fire 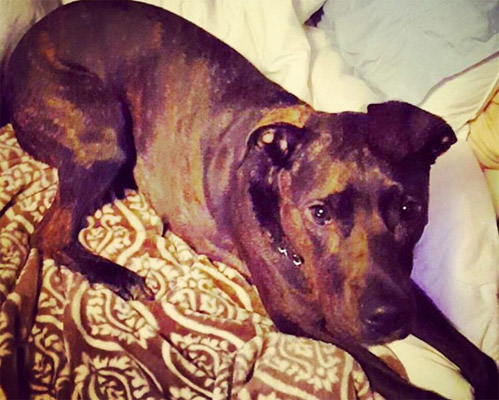 UPDATE, 2 p.m. Found at a gas station in Newton.

Among the occupants of the house at 72 Perthshire Rd. in Brighton that went up in flames last night was Layla the dog, who ran away and hasn't been seen since.

She's described as a shy, four-year-old pit bull. If you spot her, don't try to chase her, but instead call the number at the link.

Careless smoker blamed for fire that ripped through Brighton house 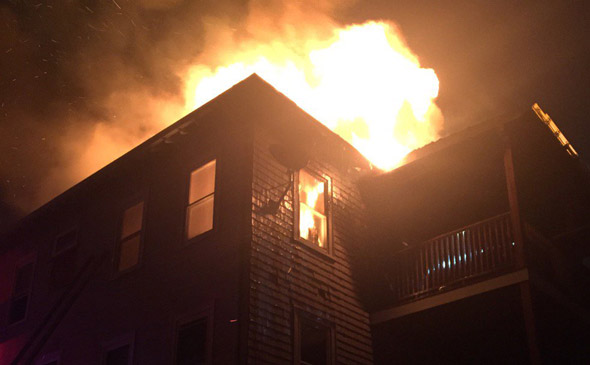 A fire reported around 7 p.m. at 72 Perthshire Rd. quickly went to three alarms and caused an estimated $500,000 in damage, the Boston Fire Department reports.