The drunken ducks that gave us Make Way for Ducklings

The State Library of Massachusetts recounts how author Robert McCloskey got ready to draw ducks for "Make Way for Ducklings:" He brought some live ducks home to his apartment so he could sketch them, but they moved around too fast, so he gave them some red wine, which slowed them right down. 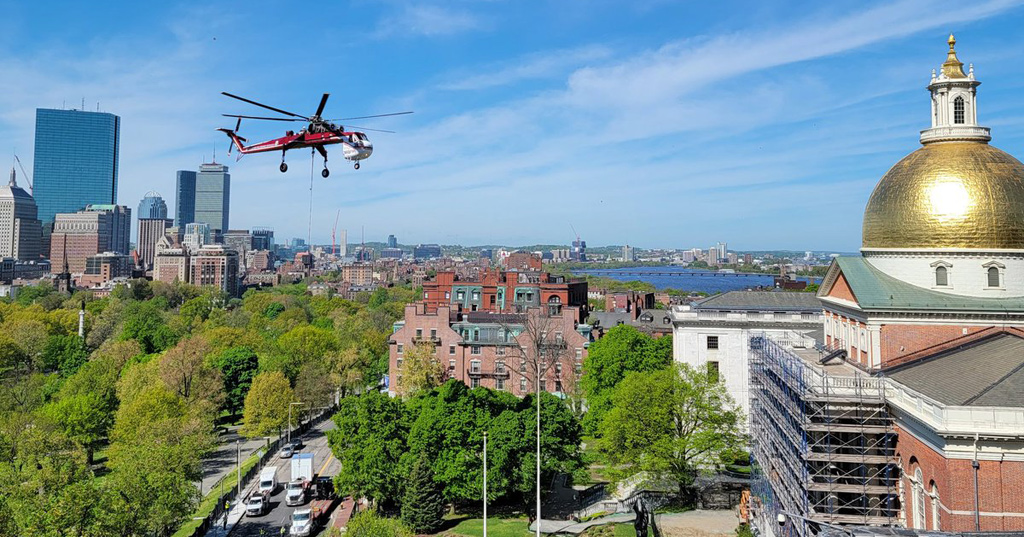 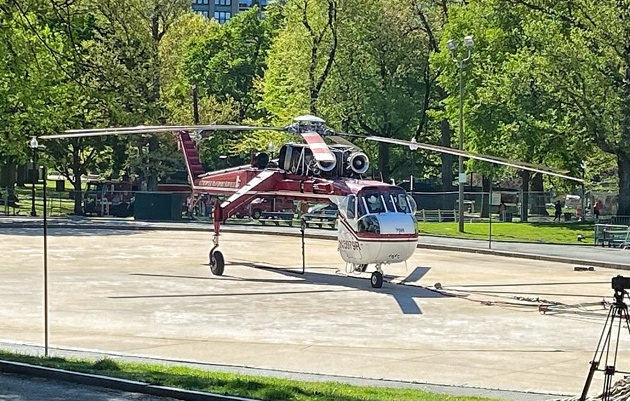 A UHub photographer roving through the Common captured the helicopter that will carry a generator to the top of McCormack State Office Building today. Read more.

It's no dinosaur delivery, but a helicopter is scheduled to bring a new generator to the McCormack State Office Building sometime between 7 a.m. and 6 p.m. on Saturday. Read more.

Protests against decision to overturn Roe v. Wade at State House this evening

Also 5 p.m. at the Holy Name Rotary in West Roxbury.

The dollar portrait guy on the Common makes an impact

WGBH interviews Nick Shea, who has been offering $1 portraits on index cards to passersby on the Common since 2017.

Boston is for the birds 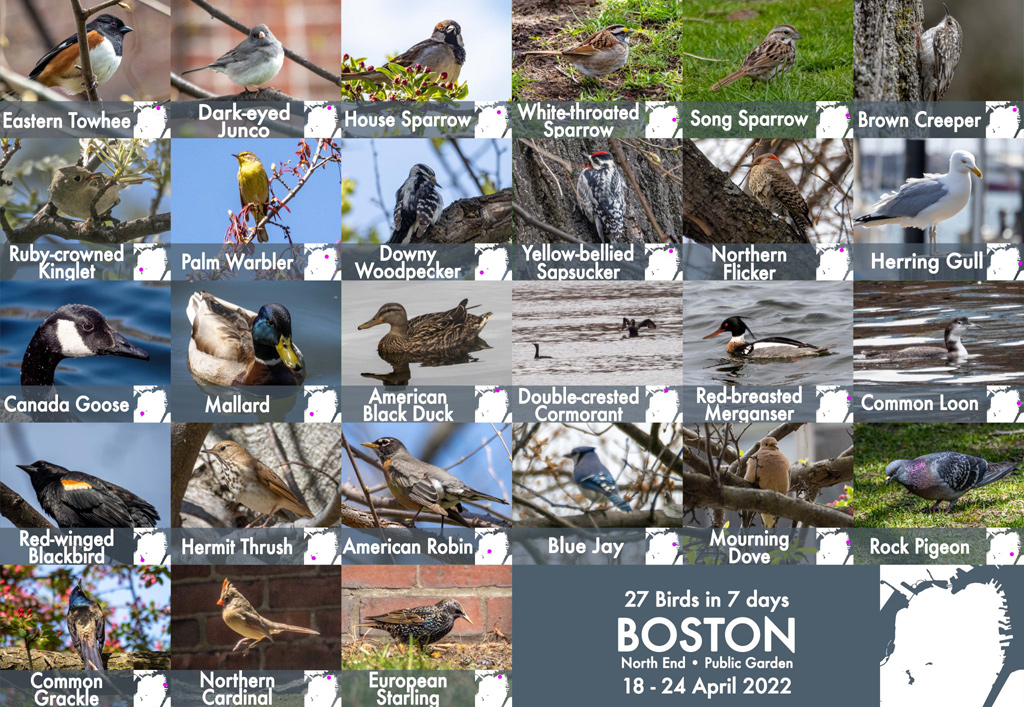 Adam Balsam chronicles the 27 different species of birds he spotted over a week in the North End and the Public Garden.

Maybe there are more turkeys on Beacon Hill than we think, they've just managed to blend in 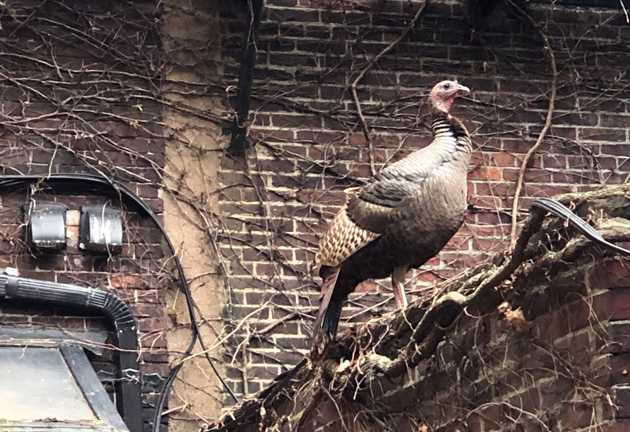 Dr. Jessica Dello Russo reports that, at first, she thought this bird on Ridgeway Lane on Beacon Hill might be a decoy to scare off the pigeons, a modern update on those fake owls that never really work:

Really clever, as it even has camouflage effect with brown shading blending in with brick. Then it MOVED! 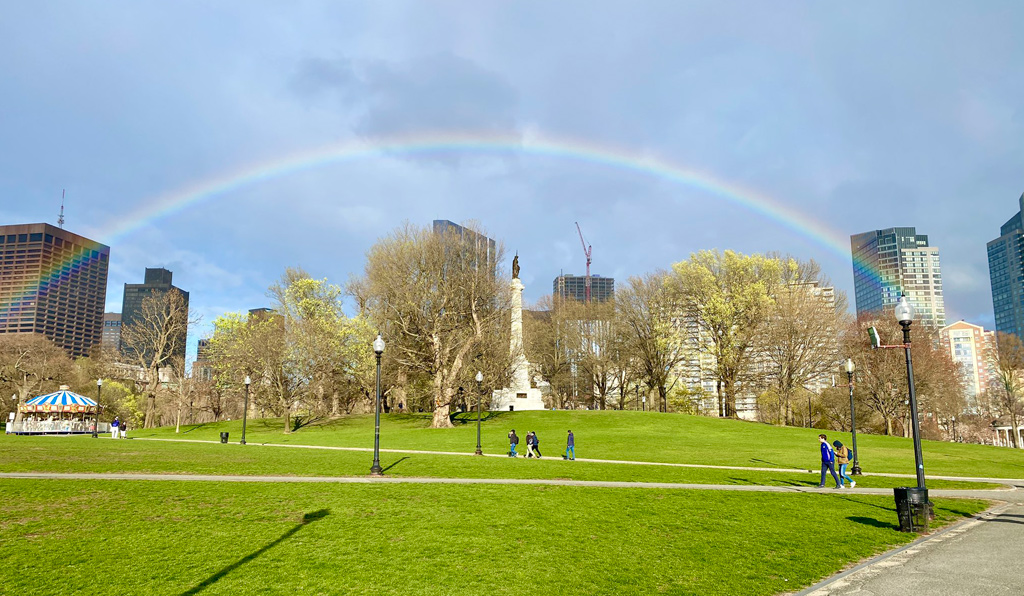 Christopher Haley looked up at a rainbow from Boston Common late this afternoon. Read more.

Can you imagine Massachusetts issuing a Yankees plate? 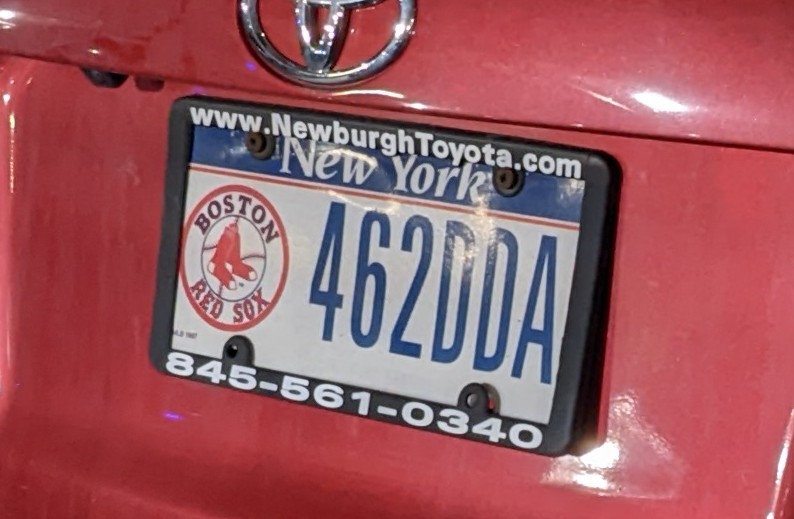 With Covid-19 rates going up again, Boston urges, but doesn't require, a return to masks

An idea so crazy it might just work - this time: Possible cat cafe in works for Beacon Hill

Boston Restaurant Talk reports that what sounds like a place where you can lounge with cats - and being Beacon Hill, books and coffee - could be coming to Charles Street.

Grizzled observers of the local cat scene, of course, will recall that Boston's first cat cafe, in Brighton, didn't work out so well.

In 1980, in his first film role, he starred in Ken Russell's "Altered States," playing a researcher who tampers with the fundamental forces of nature, in the basement of Harvard Medical School. According to Movie-Locations.com, he and his wife (played by Blair Brown) lived at 108 Myrtle St. on Beacon Hill, and returned from a trip to Mexico via Logan Airport. 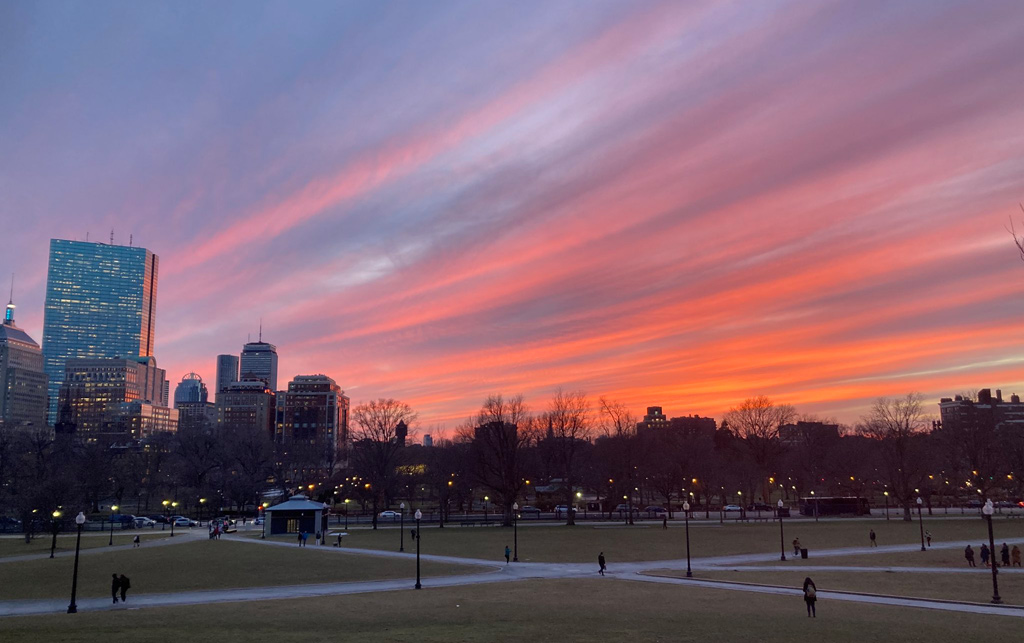 Adam Castiglioni watched the sun go down from Boston Common this evening.

The Boston Licensing Board decides tomorrow whether to let the current dive-centric owners of the Beacon Hill Pub on Charles Street sell the place and its liquor license to a new owner who plans to extensively rehab the place and turn it into something more appropriate for one of Boston's tonier shopping streets. Read more.

WBUR reports, has photos from a protest at the State House today against the Russian invasion.

State House to re-open to public next week

Small group of anti-vaxxers bust into the State House

A small group of protesters who initially managed to get into the closed State House via the Ashburton Place entrance, claiming to want to re-open it to the public, quickly revealed their true purpose when they started yelling, masklessly, of course, about how the state needs to ban Covid-19 shots for children, the State House News Service reports. 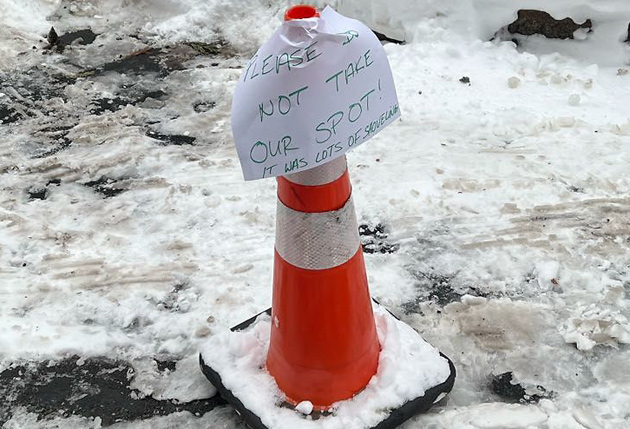 A concerned nob filed a 311 complaint yesterday about this simply ghastly space saver at Spruce Street and Spruce Court on Beacon Hill:

Man charged with unprovoked stomping at Charles/MGH, 10/21/21
Angry guy gets $5 from man in Downtown Crossing, but that wasn't enough, so he tried to attack him, then chased him up to Beacon Hill, police say, 6/29/21
Police look for man they say raped a woman in the Public Garden, 11/8/20
Clerk hit with hammer in Beacon Hill store robbery; three arrested after trying to make a getaway on the Green Line, 4/21/20
Person shot on Boston Common, 4/7/20
Man stabbed behind State House, found on the Common, 3/25/20
Man charged with gang-related stabbing inside Suffolk Superior Courthouse; pal also charged in connection with incident, 1/2/19
Two charged with kidnapping man they met on Boston Common and took home, then wouldn't let go without payment, police say, 12/18/18
Atlanta man with suspended Mass. driver's license charged with pointing gun at another car in Beacon Hill road rager, police say, 11/1/18
Man charged with upskirting on an escalator at Charles/MGH, 10/16/18