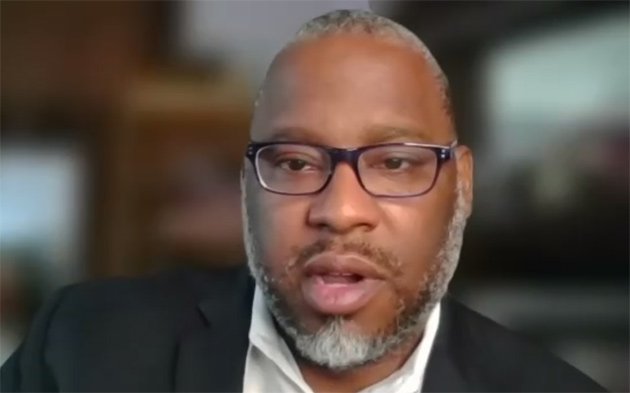 The Boston Licensing Board could decide tomorrow whether to let former City Councilor turned potrepreneur Tito Jackson put a 62-seat bar and lounge atop his proposed cannabis concern at 150 State St. downtown, near Faneuil Hall.

Jackson's proposed Apex Bar and Lounge would occupy the sixth and seventh floors of the building, atop his Verdant Reparative cannabis concern on the lower floors. He needs board approval to buy the liquor license from the Little Rose taco bar formerly in the building.

At a hearing today, Jackson's attorney, former City Councilor Mike Ross, said the new lounge would "represent the culture and feel of the city of Boston and [bring] additional flavor to the Faneuil Hall area."

Ross said Jackson is currently talking to several local restaurants about providing food to lounge patrons; the lounge itself would have no kitchen.

Ross and Jackson said they taken a number of steps to ensure that pot and booze never mix, starting with a separate, staffed elevator entrance to the lounge. Customers of the cannabis shop would be barred from consuming their purchases in the lounge. Anybody caught trying to get high in the lounge would be escorted out and then barred from both facilities, they said.

Jackson acknowledged that should the state finally get regulations allowing marijuana cafes, he would look to extend the lounge with that. "We would love to have that," he said, adding, however, that could be a ways off.

A number of people spoke in favor of Jackson's liquor-license request, including Nia Grace of Darryl's Corner Bar and Kitchen.

Or has Tito aged 30 years since he left office??

The mirror in his attic broke

The silver Fox thing is weird cuz he’s so mom youthful int he face. It looks like he dyed it.

I support this proposal because- why wouldn’t I?

What could possibly go wrong?

What could possibly go wrong?

Heck, even if you do mix booze and pot, you just get sleepy.

begrudge an honest person their ambitions. if he wants "high end," and that remains the prevailing ethos for now a la neoliberal capitalist insanity, then god bless him. everyone else is doing it.

would be cool though to get a rooftop that is a good space but is not high end feeling. something that feels more like a treehouse where Bob Marley and Willie Nelson might share a spliff. meh dreams. or maybe its meth dreams.

Does he have a catchy song to go with his pitch?

Former city councillors made such bank or had such wealthy donors, er investors

The firm Mike Ross works for, Prince Lobel, handles most of the cannabis permits. Coincidentally, all of the initial "investors" are other attorneys that work at the same firm so they can meet certain obligations of the permit without going outside the firm. Once the shop is approved and permitted these attorneys sell their stake for a large profit. It's quite a racket.

This kind of shit

This kind of shit was an entirely predictable result of the way the legalization ballot question was constructed, and why I voted “no” even though I firmly support legal weed.

The question put before voters was not “shall we have legal weed?” it was “shall we create an unaccountable bureaucracy that will hand out weed licenses to their friends?”

And y’all are chumps for having voted “yes.”

The biggest chumps didn't vote at all.

Personally, I wasn't happy with how the law was worded or what it was doing, but voting no was going to be interpreted as a "keep weed illegal" and wasn't sure if we'd have a second chance at doing it right. Figured better to get a flawed legalization and work to fix it later than no legalization at all.

Tito is high as a kite in that photog

Its great that so many people

Its great that so many people are doing back flips to get Tito, a black man who represents a community that has born the burden of addiction and been highly stigmatized for it, a bar to go with his weed store. Just pathetic. open the business, but please stop acting like liquor and drug sales are some kind a virtue. We know what a bar is and what drugs bring, Boston after all, is a city.

Personally, I wasn't happy with how the law was worded or what it was doing, but voting no was going to be interpreted as a "keep weed illegal" and wasn't sure if we'd have a second chance at doing it right. Figured better to get a flawed legalization and work to fix it later than no legalization at all.

My cynical self has to wonder if in the other proposals we tried to pass to make weed legal there was a provision that stopped City Councilors or former City Councilors from investing in the business. Seems like a lot of City Councilors opened ween spots once this one passed. That being said...

Congratulations Tito! I think you're on the right track with this concept.

Now if we could just find someone who would cater to the average consumer business would be booming. Hi-End/Luxury branding is so passé and lets face it your really limiting your revenue generating opportunities by limiting yourself to the Upper Class. Quite frankly though, being in your State Street location it makes sense.