Oh, come on: DCR announces two weeks of rolling closures of Southwest Corridor paths that other officials were touting as Orange Line alternative

In the run up to Friday's month-long Orange Line shutdown, one of the alternatives touted by officials, at least for people south of downtown, was riding a bike up and down the Southwest Corridor.

Only problem, which surfaced today: DCR, which maintains the linear park, announced at 12:46 p.m. it will be doing two weeks of rolling shutdowns of the pedestrian and bicycle paths - starting, of course, on Friday.

DCR says the "moving closures" along the paths are required for repair work, which apparently cannot be delayed until after the Orange Line allegedly re-opens on Sept. 19.

But don't worry: "Detours will be clearly marked," the department says, adding, though, that "cyclists and pedestrians are advised to use caution."

H/t Nick for spotting the announcement.

They'd have long passed the point of calling a general strike.

Staging a general strike is a skill that we do not have and that we desperately need. 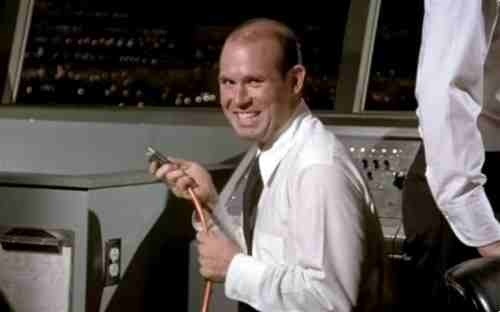 To be fair to DCR, I would

To be fair to DCR, I would guess they actually had this planned more than a month in advance. Why they didn't ANNOUNCE it until this point, though....

The bastard child of the Massachusetts Legislature. This is proof that Charlie has no power. A real Governor would pick up the phone and tell them to wait until the impending fiasco is resolved.

Looking in my crystal ball

I see more trash and medical waste being placed in front of a certain north shore residence on day 1 if Charlie doesn't step up. Of course, protestors would need a way to commute up there...

Charlie Baker doesn’t give a shit about bikes, subways, you, me, anyone or any thing but Charlie Baker.

Jamicaway is down to one lane

Jamicaway is down to one lane (outbound) most mornings as well. Been fixing the sidewalks for over two weeks! Would be neat if they could find a time to fix sidewalks during a time other than rush hour.

I came in here

to make exactly this comment. Traffic backs up from the corner of Perkins, typically at least to the rotary, by about 8:30. This is during the summer, when traffic is noticeably less than the rest of the year. And post-COVID, which has also drastically reduced the number of people on the road at rush hour. Add 100,000 commuters seeking alternate routes, and the entire southern half of the city is going to be gridlocked.

that we are in a simulation

Surely, there's not a soul in

Surely, there's not a soul in Boston surprised by. World class.

Just spoke with @MassDCR. They know the path is critical, especially during the shutdown. They will be providing an updated plan shortly to make sure travel is not disrupted. https://t.co/Ba10z1p8fg

God forbid two state agencies actually COMMUNICATE with each other. It’s just embarrassing. The contingency plan for the shut down involves diverting hundreds (or thousands) of people down the Southwest Corridor…and not a soul at the MBTA had the foresight to bring DCR into the loop? I know they say hindsight is 20/20, but come on….

And not a soul at DCR

thought "the MBTA shutdown might affect us, maybe we should do something?"

Of course not. The buck never even pauses anywhere.

just shut it down

Between this, what has to be deliberate mismanagement of Stony Brook res, being decades behind NYC on dog parks, etc etc, DCR is yet another MA agency that is utter garbage and seemingly has zero accountability.

I'm not some GOP jerk who thinks the solution is to privatize everything (quite the contrary), but there really needs to be some mechanisms to remove people making bad decisions at agencies like this.

What happened to the buck stops here?

Correct me if I’m wrong but the DCR has been led by a GOP governor for the last 8 years, and he appointed the commissioner. Let’s start with holding leadership accountable, who should be signing off on these decisions in a properly run agency.

Baker is not a leader, he is a follower.

For the year + that the bike path between Green St. and Williams was closed the "alternative" bike path was the pedestrian zone. However, there were enough careless bikers to make that a dangerous alternative to pedestrians alternative. Some bikers actually said said they did not care about safety.

Most bicyclists are safe. But enough create a sufficient danger that a problem arises. On the other hand perhaps Bostoninans along bikeways have developed sufficient hyperawareness to keep the quantity of maiming and deaths by bike to a minimum. Last death caused by a bicycler that I remember was caused by the messenger against a pedestrian in front of City Hall.

On the other hand how good is quality of life when a person has to constantly be aware of people about to race beside them on a narrow sidewalk?

I just got an update from Mass DCR

And of course, death isn't the only metric for safety

But come on, barely a few days go by without a UHub post about some crash involving a motor vehicle.

I feel for you because if you live in constant fear of being hit by a cyclist on the sidewalk, I can't imagine how much fear you have about a motorist doing that same.