Like mother, like son: Lynn man admits role in North Shore fentanyl ring two weeks after his mom did the same 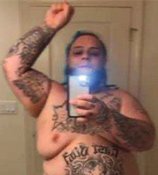 Vincent "Fatz" Caruso, 27, today pleaded guilty to running a fentanyl ring north of Boston that included buying a pill-making machine that could turn out tens of thousands of pills an hour, the US Attorney's office reports.

His mother, Laurie, pleaded guilty for her role in the ring last month. Still awaiting trial is a third alleged member of the gang: YouTube B-Lister Ernest "Yo Pesci" Johnson.

Under his plea deal, Caruso will be sentenced to at least 15 years, the US Attorney's office reports.

Caruso was nabbed in an investigation the feds called Operation Street Sweepah. Nabbed separately as part of the same North-Shore-based investigation were a pair of champagne-swilling lovebirds who sold guns north of Boston.

According to the US Attorney's office:

According to the charging documents, Caruso, a self-admitted Crip gang member, operated a large and sophisticated DTO with multiple subordinates that sold counterfeit prescription pills containing fentanyl to street gangs for further distribution on the North Shore. During the investigation, Caruso’s DTO was identified as a common supply source of counterfeit, pressed fentanyl pills and other controlled substances for several street gangs responsible for the uptick in violence. During today’s plea hearing, Caruso admitted that his DTO distributed over 30 kilograms of fentanyl, largely in the form of pressed fentanyl pills. At times during the conspiracy, Caruso manufactured his own fentanyl pills, and later, the DTO received multiple large deliveries of at least 50,000 pills.

Fatz and his mother, who had no street name, also laundered at least some of their proceeds through gambling at a New Hampshire casino.

We did NOT need to see that photo

How does that casino thing work?

Just curious how these people laundered money through the casino. That's not my area of expertise, but I can't figure out how dirty cash eventually comes out in a clean way.

At a very basic level: you exchange dirty money for chips, play with some of it, then change your chips for clean cash.

Its not really about physically exchanging the cash - if that was the case you could just go around town buy returning things/asking for change. At the casino you basically play the odds and IRS reporting rules. less than $10k dirty money -> get chips. Gamble all chips throughout the day, and expect to take w/e the losses are. after having gambled everything, go cash out. If you play the odds, you should have won back some of your money to even out losses, and cash those out. As long as winnings are under $10k then you don't have report to the IRS, either.

You buy a bunch of chips with suspect cash. You gamble some amount, then cash the chips back in or come back another day with the chips and cash them back in. So you lose $200 and get $800 out of $1000 completely removed from any link to the first set of bills.

Or maybe you can play the odds? Buy $1000 in chips, gamble it all on slots, blackjack, etc... and if you win, then you have a legit source for the income? Since you're already going to be writing off a lot of the value to launder the money, the huge loses is fine.

Dude should be under the jail

How many poor souls died because of the fentanyl pills he made?

Fentanyl kills more young people than anything, including Covid, cancer, suicide, and car accidents. It is a huge problem that needs to be addressed on all levels. If our elected officials truly cared about the health of young people, they would be spending more time on this issue.

These counterfeit pills are

These counterfeit pills are responsible not only for continuing the drug epidemic but fooling those who haven’t switched to more powerful drugs and believe they are still abusing prescription pills which they’ve been hooked on since they were prescribed them legally and then removed from being able to get.
It’s an even lower form of low

In other Lynn news

Feds raid Hell's Angels clubhouses in Lynn, Danvers
The family that sells fentanyl made to look like Percocets gets sentenced together
Man charged with killing pedestrian on Storrow Drive, thanks to good Samaritan who followed him all the way to Lynn
Lynn woman admits she helped distribute her drug-ringleader son's fake Percocet pills
MS-13 butcher gets life for carving up two teens, one at the bottom of stairs at Memorial Stadium in East Boston
Lynn high school goes into lockdown and some students hide in a closet after student shows up with realistic looking BB gun