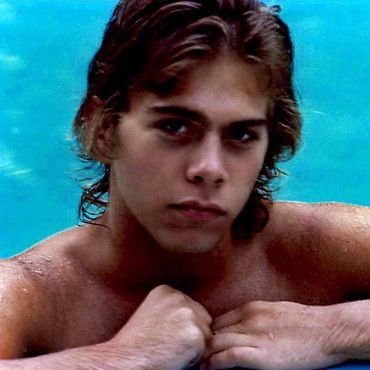 Born in Cambridge, his family moved to Pennsylvania when he was ten but he ran away back to Boston where the self-described "glitter boy" lived on the streets as a hustler.

Busnach was a regular visitor to The Other Side, the Bay Village "gay discotheque" (torn down in the 1980s; near the intersection of Piedmont and Broadway) located across the street from Jacque's.

He moved to New York City in the 1970s where he remained for a few decades. He eventually ended up on the Cape where he was living when he died of heart failure on July 5, 2019.

His online presence remains; there are several YouTube videos he created and he had one of his first gallery shows this summer at AMP, the Art Market Provincetown.

Interviewed for Provincetown magazine last year, he had this to say, which seems rather fitting:

As a survivor of his chosen tribe, this work goes beyond himself, though he finds his center in it all.

I am so sad to hear this

RIP Bobby. About 5 minutes ago I noticed his birthday was coming up on Monday and I considered wishing him an early birthday. Now its really too late.
Loved him and his dog Wilbur. Cannot imagine the two of them not together anymore.

Reminds me so much of the old bohemian gay days of the 1970s before we "assimilated". Like director John Waters says "I remember when the cool thing about being gay is we didn't have to get married or go into the army."

The Other Side was legendary. One night circa 1974 David Bowie walked in after his "Diamond Dogs" show at the Music Hall wearing bright red lipstick and danced the night away in the company of a large black bodyguard. It's still talked about to this day.

Thank you. I don't think I know him, but heartfelt admiration for everyone who survived the dark times & went on to create art (or anything) afterwords.

Who made the world a more beautiful and frivolous place...and paid a terrible price...AIDS

You make it sound like we weren't having a good time. Trust me, we were. :-) Thanks anyway for your "admiration" for us just existing.

Bobby Busnach was interviewed by Brian Halligan back in 2013 for the Boston DJ Project. It's in 3 parts.

By reporting you mean there was a death notice

And to be fair, not knowing the guy, the death notice was intriguing. I do sincerely thank you for writing up what amounts to a fairly good obituary for the guy. Interesting fellow.

There is an actual death notice

It was in the Boston Globe and Arlington Advocate, and is available online.

Rob had several exhibitions at AMP and other places in Boston and New York City. He was also a prolific DJ who made many mixes, easily findable with searches if you are interested. The article kind of made it sound like he was a lightweight, but throughout his life he created a prodigious body of work, despite many many obstacles, including money and finding places to live. He fought for everything he loved, and became an really incredible person, always reinventing himself.

He was a commensurate artist who was finally becoming known to a wider audience. Efforts to complete an international book he was working on are in the works, and we hope will come out this or next year. We also hope for a retrospective exhibition of his work at some point.

The tooth, the whole tooth and nothing but the tooth
BU, MFA to honor Martin Luther King in online commemorations today
Boston resident first in state with confirmed case of that more easily spread Covid-19 variant, although she's no longer in town
Anybody wave at them?
Study: One in five Bostonians don't plan to get a Covid-19 shot
Leader of Boston Covid-19 response looks at running for mayor