A developer has filed plans with the BRA to convert the top three floors of the eight-story 1919 New England Telephone switching station at Essex Street and Harrison Avenue into 46 apartments.

Cresset Development says it has an agreement with Verizon to use the space, which the phone company no longer needs thanks to miniaturization and computerization of the switches that let people reach out and touch someone. The company has proposed calling the new units the PBX Apartments in homage to the sort of systems companies used to use to connect their phones to the telephone company.

Cresset would also build a new entry and lobby for residents and visitors.

No parking is planned for residents at the site, which will require zoning-board approval. The owner of a Lincoln Street garage has, however, pledged 14 spaces for use by residents.

The developer says the project is "extremely transit oriented," being within an easy walk of Orange Line stations and the Red Line and commuter rail at South Station.

What were all you old people doing in 1987, do you remember?

Worrying about Jill and her father, would they ever reconcile?

Listening to Debbie Gibson and Tiffany.

It was the mind altering substance of choice, snorted, not smoked. It was consumed in clubs, bars,restaurants, radio stations, locker rooms, and just about anywhere there was a restroom.. Many of us are lucky to be alive. 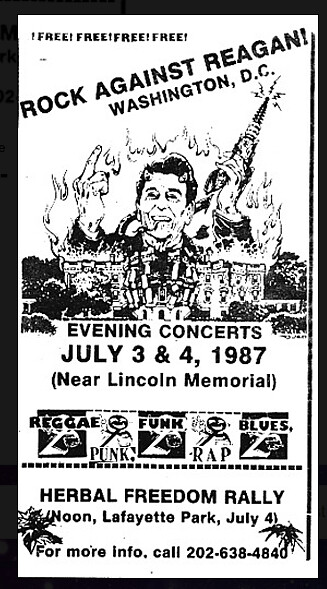 When the company's name meant something

and then the banks

Name that means something?

Meant something to me...

A&P was the only market around and as a young tike, it seemed like the only oasis for miles around where I could get those Hostess cakes with granny.

National Grid is as meaningful as any of those you list. It's a (multi)national grid company.

What about the other empty properties?

There is a huge old building on meeting house hill in Dorchester. It has 2 large parking lots and it is very close to Field's corner T station. I wish this could be redeveloped into something useful.