Cute as a button

But he's hanging around with the wrong crowd.

Straight out of Central Casting....

Does he play a gangster from the rough and tough streets of Boston?

...with a name like that how will he ever escape the social conveyor to debutant balls and great wealth?

Unrelated to this subject.

Unrelated to this subject.
Would like to find out if you have any info on the Aug 1, 2015 displacement of Families from a Maverick Street East Boston building that was partially collapsed. And I heard someone say that these families still need basic necessities and places to live in, and they are currently being housed in a church basement. Do you have have any further info on this matter, if so, can you rerelease the story on your UHUB page. And see where this church is located so people can pitch in.
Thanks.

This movie is set in the '20s, right? Based on comments and letters from my grandfather when he was still alive, I don't think this kid's long pants are historically accurate. He was a young boy at that time, and he said that he didn't get long pants until he was 11 or 12. Anybody else have relatives from that era who were wearing knee pants in the 1920s?

One of my older relatives had to wear shorts and long hair until he was 7. Getting long pants and short hair meant that you were no longer under the exclusive care of your mother; fathers, teachers and other men were now involved in your life.

Of course, there were exceptions in Boston's more exclusive wards.

Where and when was this picture taken. Anyway it does illustrate boys in shorts. 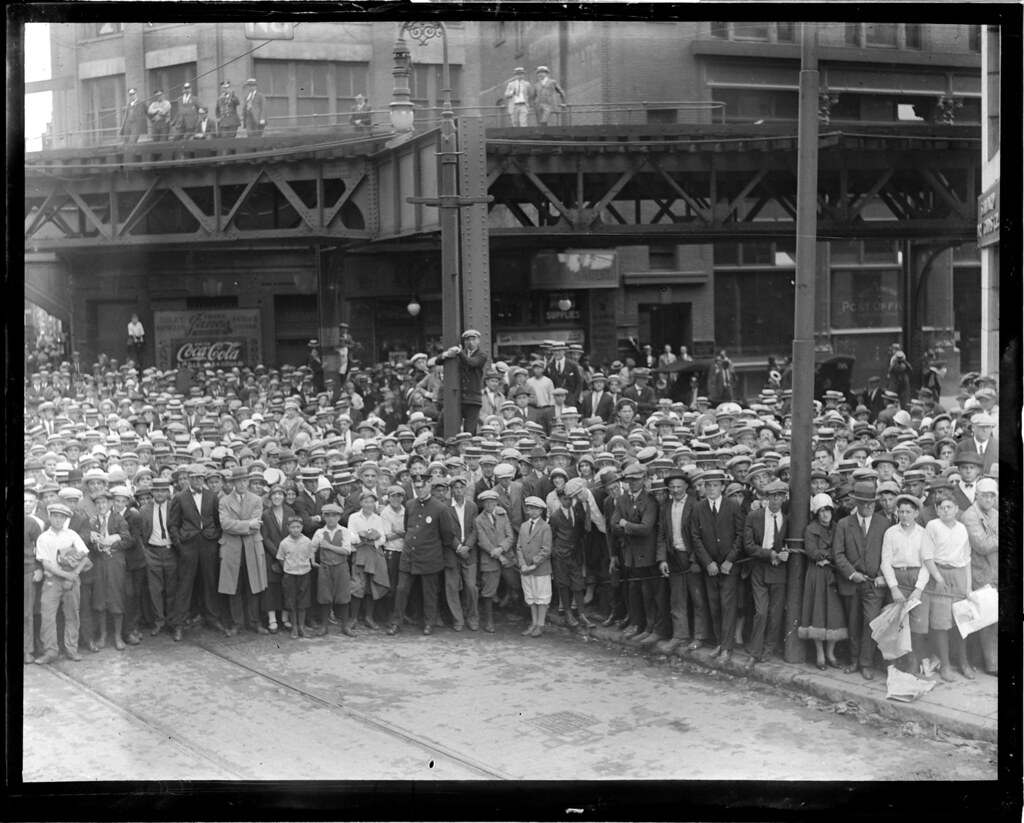 It reminds me of pictures I

It reminds me of pictures I have seen of a funeral for a Cardinal held at Holy Trinity Church in the South End. The pic I'm thinking of may have been in the Vanderwalker/Campbell "Cityscapes" book.

Boys wore these "short pants", and they had a name: knickerbockers or "knickers". The major reason for this: growing and cost of clothing.

Wearing knickers worked well because their exact length was not important. Generally below the knee, but above the ankle, so a kid could grow several inches before getting to big or tall for them.

Girls wore skirts, which had the same feature. Some girl skirts had "growth stripes" and could be let down as a girl grew, then gathered up for a younger sibling.

My first thought, too.

"Short pants" was a put-down to youthful-looking men, getting your first pair of long pants was a metaphor for growing up. The kid is adorable, but his costume is more appropriate to an adult of the time.

Not as annoying to me as the long Hollywood tradition of doing period pieces where the actors all have haircuts from the year the movie was shot. Dean Martin in "Rio Bravo" in an oily pompadour, Rachel Ward's big 80s hair in "Dead Men Don't Wear Plain", the entire cast of "Young Guns", etc. The examples are endless. I understand the rationale -- it's more important for them to look attractive by contemporary standards than to hew to historical accuracy -- but it still chaps my hide.

It's one of the things that made "Mad Men" so brilliant to me: the costuming, styling, and art direction were scrupulously accurate, never trading glamour for correct period detail, down to gravy stains and clothing wear and eventual male pattern baldness (poor Pete Campbell.)

The only time I saw something that looked obviously wrong on that show was Betty's cocktail glass for the Gimlet she ordered in the Cuban Missile Crisis episode (right before she had a pending-nuclear-Armageddon-inspired tryst with a stranger in the bar's back room). It was a big 90s-vintage birdbath glass, the vessel for a billion watery Cosmopolitans, not one of the much smaller cocktail glasses typical of the early 60s.

Over on NorthEndWaterfront.com, and, yes, some of the boys were wearing the short pants.

Flatiron-style residential building to replace vacant lot in the North End
Developer files plans for five-story hotel along Cross Street and the Greenway in the North End
They know their beans at Polcari's in the North End
Bernie does Boston
Restaurants in the South End, North End, go into hibernation
Still more restaurants shut for the winter