The Globe is taking its first concrete steps to vacate Morrissey Boulevard so John Henry can re-develop the parcel. In a memo to staff today, Globe CEO Mike Sheehan writes:

Over Memorial Day Weekend in 1958, The Boston Globe left our home on Washington Street's Newspaper Row and moved to Morrissey Boulevard in Dorchester. The move was a catalyst for the most dramatic transformation in our history, both in the depth and quality of our journalism and in the scope of our media operations. Under the leadership of seven world-class editors, 23 Pulitzer Prizes were earned here, and we've grown from a single media offering to over a dozen print, digital, and broadcast properties.

Today, we signed a Letter of Intent with UBS to move our editorial and business operations to 53 State Street, Exchange Place. Assuming this leads to a signed lease, and we have every expectation that it will, the move will mark a bit of a homecoming, bringing BGMP back to the same neighborhood we vacated 58 years before. We plan on occupying the second and third floors, which are the largest floor plates in the building, integrating the former Boston Stock Exchange space with the glass tower that was built in 1985.

I have a particular fondness for the building, having moved another company there eight years ago. The reasons for choosing Exchange Place extend far beyond the inarguable fact that I am a creature of habit. First and foremost are location and accessibility. For a journalistic enterprise, there is just no substitute for being able to walk to City Hall, the State House, and virtually every corporate headquarters in the city. If you had to drop a pushpin on the single location that's most accessible by public transportation, this would be it. The MBTA's Blue Line and Orange Line have a stop under the building, the Green Line is a block away at Government Center, and the Red Line is just down the street at Downtown Crossing. The building is equidistant and walkable from the North Station and South Station commuter rail terminals as well as the commuter boat.

This move would materially change the answer to "where do you want to meet for lunch?" Cosi and Au Bon Pain are in the building, and there must be a few hundred other dining options within walking distance.

What excites me most about the move is the ability to design our space around the vision of where we want to go. We have retained Gensler (gensler.com) to help us create our new work environment, and they have begun the process of space planning and design.

I honestly believe there is no greater opportunity to redefine and transform the culture of The Boston Globe than to move to and work in the ideal location, right in the heart of the city, in an environment designed for the future of journalism. It worked for us when we moved to Morrissey Boulevard in 1958. And it'll be equally powerful when we move to Exchange Place which, if all goes according to plan, will be on January 1, 2017.

If current trends continue with mainstream media, the Globe will be able to fit back into a storefront on Washington Street ...

Cayote on the loose in the

Cayote on the loose in the Webster Street area of East Boston, first spotted behind brick building at the East Boston Shipyard now running loose on the streets of East Boston, source Eastbostonopendiscussion Facebook page 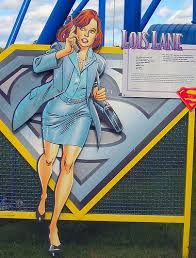 I have no insight into the

I have no insight into the Globe, but 1958 is right in the middle of the rise of the car and suburbanization. Everyone was leaving. Now they regret it. Cities are great!

The newsrooms needed to be

The newsrooms needed to be near the presses for the papers to be produced. The newspapers were delivered, morning and afternoon, with trucks, and of course the pulp paper needed to be delivered. Look at all the discussions on this website about how trucks shouldn't be in cities and you will see why it made sense for the Globe to move to a location just outside of the city core (close to the news) and adjacent to the highway (and rail lines, since they got the pulp via rail when they moved.)

Same thing with the Herald moving to the South End. Hearst basically bought the Herald in 1972 to get the printing presses. They were the last paper downtown, and it was a mess (from what I've heard.)

Of course, by the time USA Today started, the need for the newsroom and pressroom to be close went away.

Not to mention they must have

Not to mention they must have made a killing on the real estate, both old and new. Even now as we speak as well!

The main driver here is the

The main driver here is the sale of the Morrissey Blvd property. What was a run-down industrial area in the 50s is now primed for large scale development.

I was hoping they'd move to

I was hoping they'd move to Dudley Square, in the heart of the community. We're moving WHERE??!!

I know that lunch is defintely how I choose my employer

This move would materially change the answer to "where do you want to meet for lunch?" Cosi and Au Bon Pain are in the building, and there must be a few hundred other dining options within walking distance.

I know I'm a plebe but I'll take Lambert's on Morrissey Blvd over Cosi/ABP/Pret a Manger/Panera/5 Guys/etc. any day, all day.

is in downtown Boston too.

In fact it's a LOT closer to Exchange Place than Lambert's is to the Globe (the latter which is about a mile and a half away). Far better choices in a mile perimeter of its new location, especially since they need to be attracting the types who likely don't drive in the city, anyway.

The Lambert's downtown is an impostor

It's a pale imitation of the Dorchester location. However, I do concede that area can't be beat for cheap middle eastern falafel joints.

New place , you can follow Lois to Clarke's for lunch with a libation or two ,or stretch your legs some and get over to Haymarket pizza for a bargain lunch , CASH ONLY
$1.50 for a slice of cheese (2-3 minutes to heat-up)
2.00 for 1-Topping slice
2.50 for 2-Topping slice

Hoof it over to Coogan's for a liquid lunch of $1 Bud Lights.

Yeah, I don't like Bud Light, either, but for a buck... I doubt you're getting anything beyond the Bud Light of pizza ingredients at Haymarket, anyway.

Haymarket is good stuff, ambiance is proletariat . Its a chew and screw type of place. Not familiar with the Coog . looks like it is old Patten's place, no quick shot and beer joints left anyway.

not true at all

Visit Biddy Early's and tell me that's still the case.

Downtown is by far the best

Downtown is by far the best place for lunch. Walking distance to Chinatown for the best bang for your buck in Boston, pizza in the North End, tons of stuff inside the Boston Public Market, a couple dozen food trucks, Casa Razdora, Gene's Chinese Flatbread, bunch of falafel joints, etc

the globe still has a newsroom?

Thought they just compiled stories from big brother the Times and pulled stories off the AP wire. Huh. Learn something new every day.....

Nah they steal stories from

Nah they steal stories from UHub and bloggers. Easier than doing real work.

the New York Times sold the Globe in 2013

really, you didn't know that?

keeps up with who owns what newspaper

unless, like many of us, you're a refuge from BDC and made your way here after the ownership change

Beat me to it. In the middle

Beat me to it. In the middle of typing "The Globe has a ...news room?" I decided to check to see if someone else had the same thought first.

Jacoby must be pissed

I bet he is going to miss his precious right-off-93 convenient car commute https://www.bostonglobe.com/opinion/2015/09/01/boston-roads-aren-meant-f...

New location is still right off 93

Probably about the same distance from 93, too.

Ah, but will Globe newsroom types get free parking like they do now? Or will they have to pay downtown parking rates - or take the train in?

Any sizable burr under that whiny little jerk's saddle is a win. Maybe we'd better pool together and buy him a bike.

Must be Newspaper Moving Season

A better chance to reveal how Boston City Council really works backstage, behind the scenes. For too long Councilors hide even Council Public Documents and hide that fascinating City Council Library/Archives, the Municipal Reference Library, that should be furnishing City departments and the general public with information on municipal government, budgeted on page 365 at
http://www.cityofboston.gov/images_documents/14%20Non-Mayoral%20Departme...

The Globe has had a City Hall bureau for decades. And, Morrissey Boulevard isn't that far away from Government Center.

I hope they don't sign a long lease. It won't be around much longer.